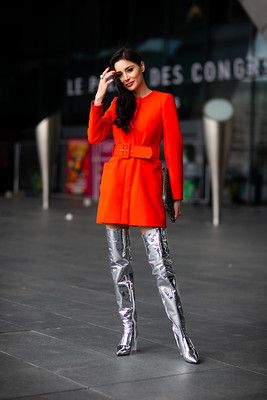 Deborah Valdez is a well-known model from Mexico.

She is most known as the spouse of Stephen Hung. Valdez was born in 1983 at Mexico.

She began modelling when she was 16.

In 2012, she married Stephen Hung, the owner of a famous model agency called Dreammodels. Deborah is a popular celeb who also ranks among the famous Models list. She is also an Instagram influencer and has over 2,40,000 Instagram followers as of June 2022.

What is Deborah Valdez-Hung’s net worth?

According to the sources, Deborah Valdez has a net worth of over $1 million. Her primary source of income is modelling. Her husband, Stephen Hung, is also one of the wealthiest people and has an estimated net worth of $400 million. He is regularly spotted with some supercars and never misses a chance to display his immense wealth. He is also known for his huge investment in Louis XI Holdings Ltd. Apart from his, he has several other business ventures in his possession.

How much does Deborah Valdez-Hung earn per year?

Not much is known about Deborah's earnings per year.

How tall is Deborah Valdez-Hung?

How old is Deborah Valdez-Hung?

Deborah Hung was born in January 11, in Mexico. As of June 2022, this famous model is 39-year-old. Her zodiac sign is Capricorn.

Deborah Valdez Hung was born in Mexico. She completed her schooling in Mexico. After that, she went to University of Southern California, Columbia University to complete her graduation. Just at the age of 16, she began modeling. She is associated with Dulce Soltero, another well-known model from Mexico. In addition, Stephen Hung has pursued a master's in business administration at Columbia University, University of Southern California.

Who is Deborah Valdez-Hung’s partner?

In 2012, Deborah Valdez married the owner of a famous modeling agency, Stephen Hung. Stephen Hung is a wealthy Chinese businessman. He is also the chairman of the Taipan Investment Group, which operates one of the expensive hotels, Rio Hotels in Macau. The couple is parents to two children, Sean Hung and Ivan Hung.

Deborah likes to keep her life private. Therefore, not much is known about her family.

Deborah Valdez Hung is best known as the spouse of a Chinese businessman, Stephen Hung. She is also a well-known Instagram influencer. She is super active on social media platforms and has more than 2,40,000 followers on her Instagram account as of June 2022.

Deborah Valdez-Hung’s Hobbies And Interests
Deborah's main hobbies include modelling. However, she is also very active on social media platforms, where she posts pictures of her luxurious lifestyle.