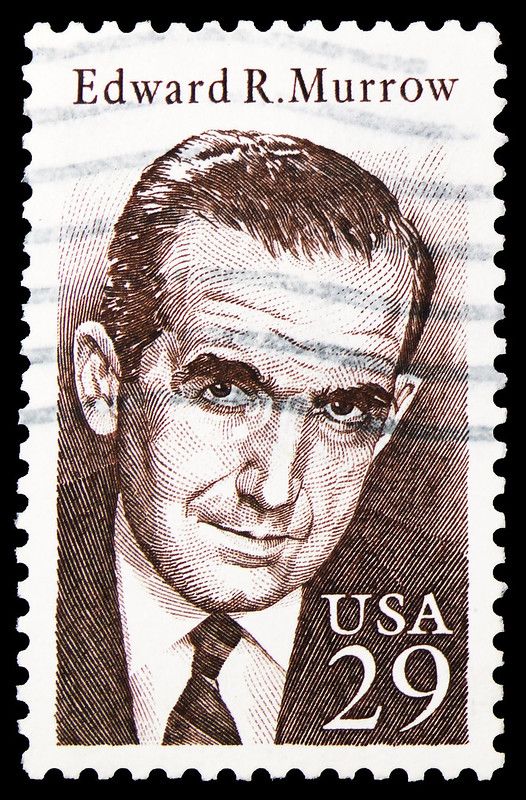 Edward R. Murrow was a graduate of Washington State University, where he majored in Speech. He was married to Janet Huntington Brewster and together, they had a son named Charles Casey Murrow. On April 27, 1965, at the age of 57, Murrow passed away in New York.

Keep reading to learn more about Murrow's net worth, family life, and career.

What was Edward R. Murrow’s net worth?

Edward R. Murrow began his professional career by joining the Institute of International Education as an assistant director. He stepped into the field of journalism in 1935 and started working at CBS News as Director of Education and Talks. Over the years, Edward R. Murrow became a pioneer of television and radio broadcasting and built a net worth of $1.5 million.

How much did Edward R. Murrow earn per year?

How tall was Edward R. Murrow?

Not much is known about the physical attributes of Edward R. Murrow.

How old was Edward R. Murrow?

Murrow grew up with two older siblings, Dewey Joshua Murrow and Lacey Van Buren Murrow, on a farm without electricity and plumbing. The annual income of his family was not more than a few hundred dollars.

The Murrow family moved to Skagit County when he was six years old. He completed his school education at a local high school situated in Edison. He led the school's debate team and during his senior years, became the president of the student body.

After school, Murrow attended Washington State College and earned his Bachelor's degree, with a major in Speech. During this time, he joined the Kappa Sigma fraternity and actively participated in college politics.

Following his graduation, Edward R. Murrow joined the Institute of International Education as an assistant director (1932-1935). Subsequently, Murrow started working at the Emergency Committee in Aid of Displaced Foreign Scholars as an assistant secretary. This organization sought to help renowned German scholars who had been ousted from their academic positions.

Who was Edward R. Murrow’s partner?

Murrow was married to the famous philanthropist, Janet Hunnington Brewster. Even though it is unclear where and when they first met, Brewster and Murrow got married on March 12, 1935, and had a son together, named Charles Casey Murrow.

Murrow's career as a radio host began in 1935, when he started working at CBS as Director of Education and Talks. Two years later, CBS made him the director of its European Bureau and sent him to London.

Edward R. Murrow rose to fame in 1938, after he broadcast his eyewitness report on the German annexation of Austria. Subsequently, he covered the Munich Conference (1938), the German Occupation of Czechoslovakia (1939), and the Battle of Britain. His unique broadcasting style made Edward R. Murrow a revolutionary figure in the world of radio journalism.

Upon his return to the US after World War II, Edward R. Murrow was made Vice President of CBS Network.

Edward R. Murrow was also the producer of 'Small World' (1958-1960), 'CBS Reports' (1959-1960), and 'See It Now' (1951-1958), which was directly responsible for the censure of Joseph McCarthy, a Republican U.S Senator. This conflict between Joseph McCarthy and Edward R. Murrow was portrayed by George Clooney in his 2005 historical film, 'Good Night and Good Luck'. Interestingly, 'Good Night and Good Luck' was the phrase that Murrow always used before closing his broadcasts.

In 1956, Edward R. Murrow wrote an introduction for Irving G. William's book, 'Rise Of The Vice Presidency'. In 1961, president John F. Kennedy appointed Murrow as the director of the US Information Agency.

During his lifespan, Edward R. Murrow won numerous awards. The most prestigious ones include the 1947 Alfred I. duPont Award, the Presidential Medal of Freedom in 1964, the 1964 Paul White Award, the 1951 and 1952 George Polk Award, and the 1967 Grammy Award for Best Spoken Word Album for 'A Reporter Remembers, Vol. I The War Years'.

In addition to that, there is also an award named after Edward R Murrow. This award is given annually for outstanding achievement in electronic journalism by Radio Television Digital News Association.