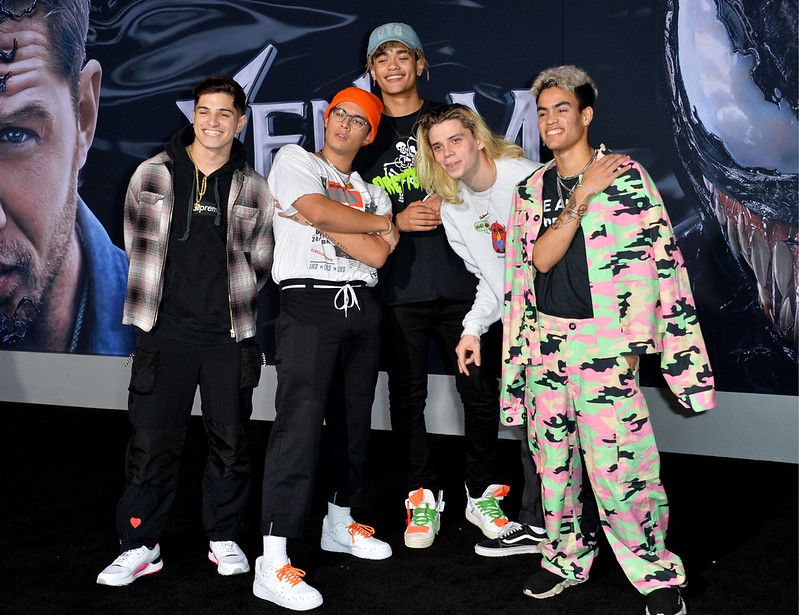 The full name of Edwin Honoret is Edwin Joel Honoret, he is a popular pop singer, dancer, actor, and YouTuber.

Edwin Honoret was born on February 12, 1999, in The Bronx, New York, in the United States. He grew up in the Bronx with one older sister and two younger siblings.

Edwin Honoret became part of the boy band PRETTYMUCH in 2016. Interestingly, the boyband culture was brought back to the scene by the band One Direction, in 2010.

Want to know more about this famous celebrity? Scroll below and check our most recent updates about Edwin Joel Honoret's net worth, salary, age, and profession. Also discover more detailed information about his personal life in this article.

What is Edwin Honoret’s net worth?

The net worth of Edwin Honoret is around $5 million.

How much does Edwin Honoret earn per year?

The annual earnings of Edwin Honoret are estimated to be $100,000.

How tall is Edwin Honoret?

How old is Edwin Honoret?

Edwin Honoret was born and brought up in the Bronx, New York, in the United States with his three siblings (one elder sister and two younger siblings). Information about the education and family life of Edwin is not available. His date of birth is February 12, 1999, and he is an Aquarius.

Who is Edwin Honoret dating?

Details on his private life are unavailable. Since he is a private person he likes to keep the details of his dating life out of the public eye.

Edwin Honoret shot to fame when Simon Cowell, a well-known music producer, saw his YouTube videos and invited him to California to be a part of PRETTYMUCH, a new boyband. He also contributed as the band's beatboxer; other than being a singer.

Edwin Honoret is a popular pop singer and a YouTube content creator. In 2016, Edwin became one of the members of the boy music band named PRETTYMUCH. The band was formed by Simon Cowell. In 2009, Edwin created his first YouTube channel. In mid-2013, he used to post his cover videos.

Edwin has now become a partner with Awesomeness TV. He has been a part of many live broadcasts. Edwin has played along with Brandon Arreaga in the band PRETTYMUCH. Honoret is popular and active on social media platforms.

Along with the band PRETTYMUCH, he has released three extended plays named PRETTYMUCH an EP, Phases EP, and INTL: EP. The band has been active in producing music videos and songs and has created 18 singles and 15 music videos. The singles and music videos created by the band are 'Teacher', 'Would You Mind?', 'Love', 'Open Arms', 'On My Way', and many more.

Information about any charity work done by Edwin Joel Honoret is not available.

What awards has Edwin Honoret won?

There is no information available about the awards won by Edwin.

Edwin has always been interested in singing and dancing, but before this, he was also interested in drawing. However, Edwin has mentioned that in his leisure time, he loves to cook and draw.