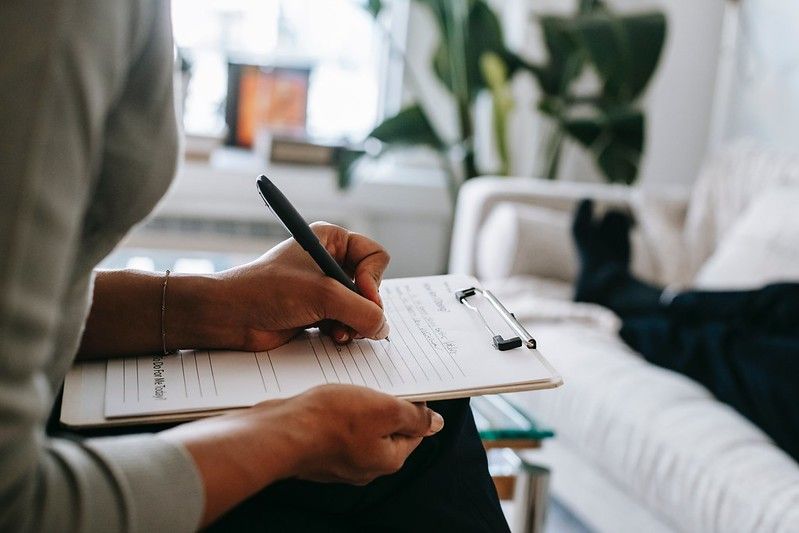 Elisabeth Kübler-Ross was born in Zürich, Switzerland, on July 8, 1926.

Kübler-Ross was a world-renowned psychiatrist, best known for her incomparable contribution to near-death studies. In addition to that, she also gifted the world with many ground-breaking ideas through her books: 'On Death & Dying', 'To Live Until We Say Goodbye', and 'On Children & Death'.

Kübler-Ross was also the inventor of the Five Stages of Grief model (also known as the Kübler-Ross model), which demonstrated how human beings experience grief and what other emotions (anger, denial, depression, bargaining, and acceptance) were associated with this phase. In 2007, the famous psychiatrist entered the National Women's Hall of Fame. In the same year, she received 19 honorary degrees from different prestigious institutions, and Time named her one of the most crucial thinkers of the century (the 20th century).

Kübler-Ross was a graduate of the University of Zurich. Later, she came to New York and continued her studies. The famous psychiatrist was married to Emanuel Ross from 1958 to 1979. She and her husband also had two children together: Barbara Ross and Ken Ross. The latter one is a famous commercial photographer and the receiver of the 2008 American Society of Media Photographers award.

In the rest of the article, we will explore Kübler-Ross' biography and learn in detail about her five stages model, relief work, and best books.

What was Elisabeth Kübler-Ross's net worth?

Kübler-Ross's early years were filled with struggles, mainly physical, as she went through various complications and ill health. At the age of five, she contracted pneumonia. While in hospital, she saw her roommate's demise. All these incidents led her to become interested in the topic of death. Kübler-Ross spent almost her entire adult life working on this subject and became a pioneer in this field. At the time of her demise in 2004, Kübler-Ross had a net worth of $5 million.

How much did Elisabeth Kübler-Ross earn per year?

How tall was Elisabeth Kübler-Ross?

Similar to her annual income, nothing is known about her physical attributes.

How old was Elisabeth Kübler-Ross?

Kübler-Ross suffered from various complications as a child. At birth, the great psychiatrist only weighed about 2 lbs (0.9 kg). Later, she confessed that her mother's utmost attentiveness and care helped her survive that battle.

Growing up, Kübler-Ross visited many countries to do relief work, including Germany, Denmark, France, and Poland. Everywhere she went, she faced horrible stories (as a result of World War II) of death, which only made her more determined to pursue a career in medicine and to be a doctor. She also decided at that time that she would spend her whole life helping those in need.

However, Elisabeth Kübler-Ross's father had something else planned for his daughter. He wanted Kübler-Ross to join his business as its secretary. The father-daughter clash took place in 1942 when she was only 16 years old. As a result, Kübler-Ross left home and took the job of a housemaid.

Soon, she left it and started working for Dr. Braun as an apprentice. Subsequently, she gave her services to Dr. Kan Zehnder, a reputed dermatologist. After that, she engaged herself in various kinds of jobs and, at the same time, provided a helping hand and support to refugees by doing volunteer work.

Finally, she fulfilled her dream and enrolled at the University of Zurich. Kübler-Ross earned her degree in medicine in 1957.

Who was Elisabeth Kübler-Ross’s partner?

Coming to her personal life, Elisabeth Kübler-Ross was married to Emanuel Ross for over twenty years (1958-1979). They first met at the University of Zurich's medical school, where they studied together. After that, both of them moved to the United States and worked at Glen Cove Community Hospital, located in Long Island, as interns.

Upon completing their internships, Elisabeth Kübler-Ross and Emanuel Ross got married. During their marriage, they were blessed with two children: Kenneth Ross and Barbara Ross.

After completing her internship, the inventor of the Five Stages model started practicing at the Manhattan State Hospital. There, she primarily worked to find the proper treatment for terminally ill patients. At first, she tried to cut down the medications (sedatives) and bring in substantial contact between the patients and people living outside that world. However, she was faced with abuse and neglect from them, mainly the dying patients. Kübler-Ross also found out that the hospital staff often ignored these patients and treated them carelessly. As a result, Elisabeth contrived a program that required individual attention and care. She gained success, as the program proved to be effective on 94% of the patients.

In 1965, she joined the Pritzker School of Medicine as an instructor. At the same time, she trained in psychiatry and psychoanalysis. Kübler-Ross has always liked to interview terminally ill patients and the despicable treatment of dying patients that she found everywhere aggrieved her. As a result, she wrote some brilliant papers for seminars and, shortly after, published her first book, 'On Death & Dying', which made her famous even outside the medical community.

In this book, for the first time, Kübler-Ross proposed her Five Stages of Grief model. This model stated five emotions of human beings that are directly associated with grief: 1) denial, 2) anger, 3) bargaining, 4) depression, and 5) acceptance. Even though at first it was thought that these five stages take place chronologically, the inventor later disproved the notion.

In 1974, came out 'Death: The Final Stage Of Growth'. It was published by Simon & Schuster/Touchstone. Four years later, in 1978, Kübler-Ross' 'To Live Until We Say Goodbye' was published by the same publisher.

'On Grief And Grieving: Finding The Meaning Of Grief Through The Five Stages Of Loss' is Kübler-Ross' only book that was published posthumously. It came out in 2005, and she co-wrote this book with David Kessler.

Elisabeth Kübler-Ross established Shanti Nilaya in Escondido, California, in 1977. It was a center for healing intended for hospice care.

In order to organize workshops on AIDS patients, the legendary psychiatrist established the Elisabeth Kübler-Ross Center. She also intended to open a hospice for them; however, she faced many obstacles and much criticism in her way.

What awards did Elisabeth Kübler-Ross win?

For her contribution to medical science, Elisabeth Kübler-Ross, the pioneer of near-death studies, was included in the National Women's Hall of Fame in 2007. Along with that, Time also named her one of the most influential thinkers of the previous century.

Elisabeth Kübler-Ross’s passed away in 2004 in a nursing home in Arizona due to health complications.

We would love your help! If you have a photo of Elisabeth Kübler-Ross, either of them alone or a selfie that you would be happy to share, please send it to [email protected]. If you have knowledge or information that you think would help us improve this article, please contact us.