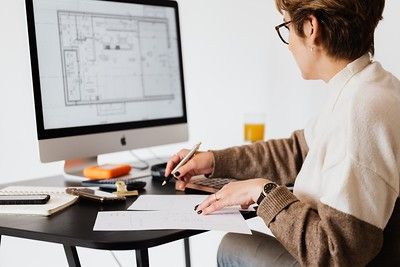 Elise Finch was born in Mount Vernon, New York, on February 24, 1972, in the United States.
Elise Finch is a meteorologist and a weathercaster by profession. Since April 2007, she has been the Emmy-winning weathercaster for the WCBS-TV forecast crew.
She formerly worked for the NBC network as a meteorologist for MSNBC, NBC Weather Plus, and the ‘Early Today Show.’
Elise began her professional career as a production facilitator behind the moments at E! Entertainment Television. Her tv career progressed, and she worked as a meteorologist and a news anchor for numerous news networks.
As of 2022, she is an Emmy Award-winning meteorologist for the CBS tv network. She soon recognized that meteorology was her actual calling. Elise began to work as a meteorologist for the 'Early Today Show', MSNBC, as well as NBC Weather Plus in 2007, after spending two years at NBC.
She has also worked for a CBS affiliate and FOX affiliate in Youngstown, Ohio. In Austin, Minnesota, Elise was working for an ABC affiliate. She was the weekend weathercaster for the CBS affiliate. She has mentioned how journalism and news can be unpleasant at moments, while weather journalism is less frustrating and has no psychological resonance.
There are those instances, she once explained, where you are pushed to knock on a family's doorstep in hours of a misfortune. Sometimes it took her very long to clear her mind. It'd stick with her and bother her.

What is Elise Finch’s net worth?

The net worth of Elise Finch is estimated to be around $1 million.

How much does Elise Finch earn per year?

The yearly earnings of Elise Finch are not known.

How tall is Elise Finch?

How old is Elise Finch?

Elise Finch attended Mount Vernon High School and graduated with honors. After that, she earned a B.S. from Georgetown University. Elise then went to Syracuse University to complete her master's degree in broadcast journalism.
She later completed Mississippi State University Broadcast Meteorology Program and received official approval from the American Meteorological Society.
Elise rarely talks about her personal life. Elise's parents are James Finch Jr. and Charlette Finch. James Finch Jr. and Charlette Finch are of African- American descent. She has a sister named Kiya.

Who is Elise Finch’s partner?

Elise Finch from Mount Vernon is a happily married lady. So far, Elise has kept the facts of her husband's recognition from the media and the general public. Elise wedded her spouse in New York on August 23, 2013. Just close friends and family attended the marriage ceremony.
Elise Finch and her husband became parents for the first time in 2016 when their daughter was born. The daughter's name is not disclosed to the general public. She resides in Westchester County, New York, with her daughter and husband.

The meteorologist from Mount Vernon, Elise, is most recognized for her role as an Emmy award-winning weathercaster for the WCBS weather team.

Elise frequently donates her support and love to numerous non-profit organizations and events.
The Mount Vernon High School Hall of Fame, Dress For Success, the Westchester Library System, The Greater New Jersey Alzheimer's Association, the Alvin Ailey American Dance Theater, and the JDRF Walk for a Cure are just a few of these organizations. She is also a supporter of The Minisink Spirit Inc, which offers adventurous camping as well as leadership development to urban youngsters in the tri-state area. She earned the Boys & Girls Club's Denzel Community Service Award in 2012 for her dedication to community outreach.

What awards has Elise Finch won?

Elise received an Emmy Award in 2019 for her work at CBS Meteorological Group.