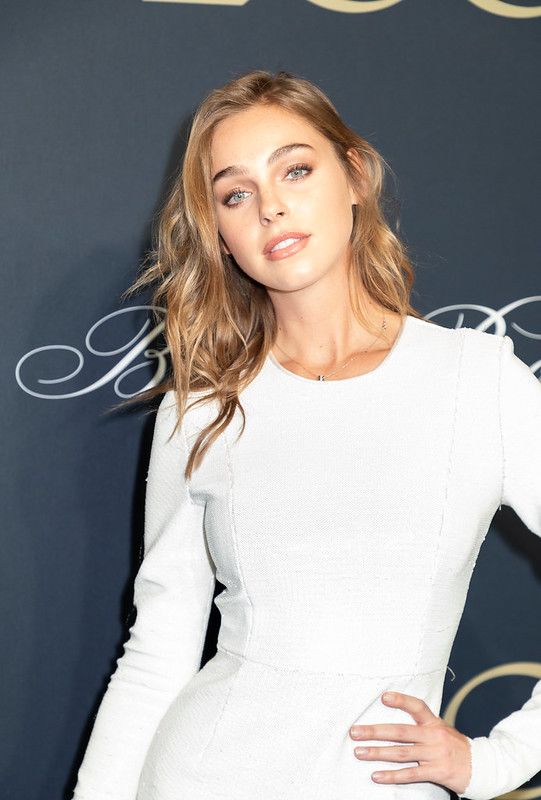 Elizabeth Turner was born Elizabeth Cameron Turner in the year 1992 in Griffin, Georgia in the United States.
She has two siblings and grew up with her family. It is said that she had a passion for modelling from a very young age and she signed her first modelling contract when she was just 18 years old, with Factor Women Model Management in Georgia.
From there, she has grown up her modelling career and she became instantly popular after becoming the face of Guess.
She has been rumored to be dating Leonardo DiCaprio for a while and photos of them being together were shared all through the Internet. However, she has still date neither denied nor accepted this. She did date a few other celebrities but seems to be single now.
Elizabeth Turner promotes a vegan lifestyle and is a staunch supporter of PETA's Body By Vegan campaign. Right now, her LinkedIn page says that she is signed up with LA Models since 2015 and is also a part of the Fashion Women Model Management from 2009 to date.
She is now studying Clinical Psychology at Duke University apart from handling her modelling career.

What is Elizabeth Turner’s net worth?

According to some sources on the Internet, the net worth of Elizabeth Turner is about $5 million to $10 million. Most of her income comes from her modelling career and her endorsements on social media.

How much does Elizabeth Turner earn per year?

There is no clarity on how much Elizabeth Turner earns per year. It changes depending on the projects she takes and the endorsements she accepts.

How tall is Elizabeth Turner?

Elizabeth Turner is about 5 ft 10 in (177 cm) tall. She maintains a great physique, true to her nature as a model. Her long blonde hair and hazel green eyes make her instantly attractive.

How old is Elizabeth Turner?

Elizabeth was one of three children born to a family living in Griffin, Georgia. Her sister's name is Sarah Turner and she was also a model in the beginning. Right now, she is in the photography business, taking wedding and engagement photos. Her brother's name is Harrison Turner.
Sources say that during her early life, her father was a businessman while her mother, Annie Turner has been the backbone of her career. She has mentioned in several interviews that her mother supported her all through her life and endeavors.
Elizabeth Turner studied at the Spalding High School in Georgia and later, between 2010 and 2014, she studied at the Duke University, graduating with a Bachelor of Science degree in Literature/Letters and English Language. Currently, she is doing a graduation course in Clinical Psychology.
This Instagram personality keeps her family and personal life completely away from social media. Right now, she lives in Los Angeles, California.

Who is Elizabeth Turner dating?

Elizabeth Turner has been rumored to have dated several celebrities. One of the rumored Elizabeth Turner's boyfriends is Leonardo DiCaprio. In 2017, pictures of this model and the Hollywood actor started showing up everywhere, showing them at Malibu beaches and in restaurants. However, both these celebrities stayed silent about the issue.
Elizabeth Turner also seemed to have had a relationship with a tennis reporter named Cale Hammond. They had a great time enjoying parties and events and posing together. However, the relationship didn't last too.
In 2019, this Instagram star was seen with Ryan James Eggold, an American actor. The couple was seen enjoying a football match between New England Patriots and Pittsburgh Steelers game.
Right now, this star seems to be single and enjoying her career growth.

At this very young age, Elizabeth Turner has achieved quite a lot, both in her career and her education. In fact, she considers her diplomas her biggest assets. She started her career in the fashion industry when she was 18 years old. She was featured in the Teen Vogue magazine and later signed up a contract with the Factor Women Model Management.
In the Spring of 2010, she worked for Belk magazine. She also posed for the South Magazine cover. In 2011 and 2012, she got featured on the Seventeen Prom and in one of Kohl's magazines. However, she decided to focus on her graduation and stayed away from modeling.
In 2011 and 2012, she received internships from Davis Entertainment and Picture Shack Entertainment that helped her understand the ropes of the fashion industry. Both Davis Entertainment and Picture Shack Entertainment are production companies in the entertainment industry.
In 2014, she got back to her modeling career. Since then, she has worked with several top brands, including Guess, Luli Fama, PacSun, and Jockey. She has also had a chance to work with agencies like Elite model management, LA Models, and Wilhelmina models throughout her career.
Her face has also been featured in Maxim magazine, Jezebel magazine, and GQ magazine. The Turner Sisters both actually modelled for Snapchat as a part of their promotional campaigns. It seems that they didn't get paid for the same and thought the photos would be used only once. However, when Snapchat decided to use the photos for other commercial purposes, they sued the brand for misusing the photos.
Elizabeth Turner's Instagram account is one of her biggest assets. She has one million followers and has about 880 posts on her Instagram account. All these posts are viewed hundreds of thousands of times.
B Swim is a globally inspired swimwear brand that is made in Columbia. She has a tie-up with the brand and has collaborated on a collection with them that is now available with this brand.

Since 2015, this Instagram star has been a regular face promoting Guess lingerie and jeans. It wouldn't be an exaggeration to say that she has become the face of the brand and is closely associated with it.
According to the star's LinkedIn account, she has been with Wilhelmina Models since 2011 and has been regularly working for them.

Elizabeth Turner is a keen follower of a vegan lifestyle. She even advocates the same to people she knows and also follows PETA. She has an adopted dog named Zoe and she posts pictures of the dog on her Instagram account, asking people to adopt and not shop.
In an interview for GQ, this Spalding High School student said that she loved reading and going to the movies in her spare time. Elizabeth is a traveler. She loves visiting new places and capturing the moments on her social media pages. She says that one of her favorite destinations is Australia.
It is said that as a child, Elizabeth was very athletic and was a part of several sports teams. She also loves working out. In one of her previous interviews, she had said that cardio workouts like kickboxing and boxing are her favorite types of workouts to do. She once said in an interview that she felt charming when she was working out.
Elizabeth is more into volunteering. She has participated in volunteering activities for the Women's Cancer Fund and also for the Food Bank of New York.

Did you know that Elizabeth Turner had also been a news anchor at the Duke Student Broadcasting department while in college?
This Teen Vogue model has a deep love for learning and she says that she loves her education and what it means to her. She has once said that her Duke University Diploma is one of her most prized possessions.
In one of her interviews, she said that if she had not been modeling, she would be pursuing her Ph.D. in Psychology.
Elizabeth Turner is a Leo. Leo people are fearless, loyal, and not afraid to take risks. They also love spontaneity and all this fits her really well.
Some online sources say that she had got plastic surgery done to improve her looks. However, she has not confirmed this anywhere.
Sarah Turner and Elizabeth Turner both filed a suit against Snapchat saying the brand developed only because of their photos. The lawsuit was settled but the outcome was not publicized.
One of the craziest shoots that the star has done was apparently for a makeup brand that was done for a total of 6 hours. It is said that she had to sit in a bubble-filled bathtub and had four people ensure the bubbles covered her fully
The Instagram star's account is managed by a brand called OneManagement. The manager can be reached at [email protected]
Most of the Instagram photos that she posts are her modelling ones. There are very few casual ones on the page.