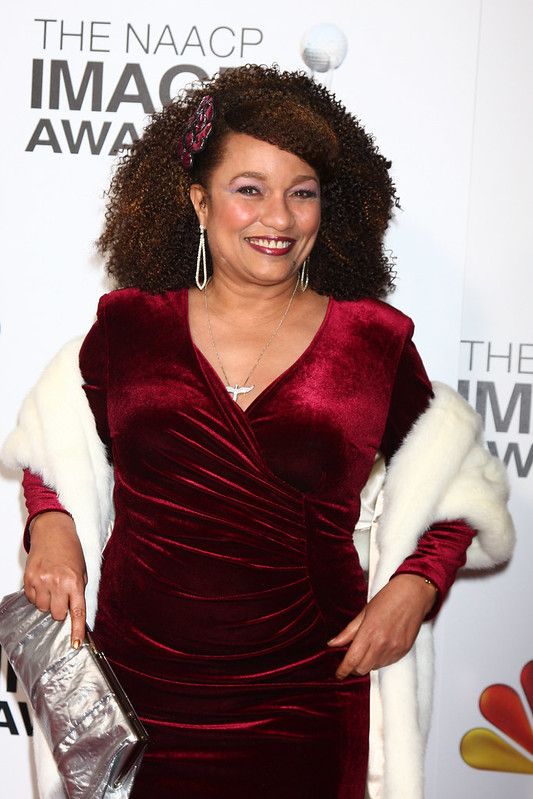 Ella Joyce started out as a stage actress before moving on to film and television roles.
She was born in Illinois, Chicago but spent most of her life in Detroit. She was named Cherron Hoye at the time of her birth but took the stage name of Ella Joyce in memory of her great grandmother and mother when she she got her first film credit in 1979.
She started her career as a stage actress and has even won a 'Jefferson Award' for her performance. Since, then Ella Joyce has acted in quite a few films including a Warner Bros Film and television series. In addition to being an actress, this talented star has also worked as an acting coach and consultant to a few well-known names in show business.
She is married to actor Dan Martin.

What is Ella Joyce’s net worth?

The estimated net worth of American actress Ella Joyce is $2.5 million. She has earned most of her net worth from her work as an actress on stage, in films and in various television series.

How much does Ella Joyce earn per year?

The amount that Ella Joyce earns in a year has not been confirmed.

How tall is Ella Joyce?

How old is Ella Joyce?

Ella Joyce was named Cherron Hoye at the time of her birth in Chicago, Illinois. The names of her parents and the details of her siblings remain unknown. She changed her name to Ella to honor her grandmother and Joyce in honor of her mother. Her parents were said to have worked as a hairdresser and an autoworker.
Her family moved to Detroit, Michigan where Ella Joyce studied Performing Arts at the Cass Technical High School. After she completed her graduation, she enrolled in the Dramatic Arts Program at Eastern Michigan University.
However, due to financial constraints, she had to move back to Detroit where she finished a course in business and then started working at General Motors as a secretary. To supplement her income she also read scripts for Lloyd Richards, a theatre director who encouraged her to take up acting. Hence, she first started acting in stage productions.
She then moved to Harlem in New York City where she worked as a word processor while honing her skills as an actor.

Who is Ella Joyce’s partner?

Ella Joyce married Dan Martin, an actor in 1992. The couple is happily married but they do not have any children as of yet. Dan Martin is known for his role as Bradley Baker in the American soap opera 'The Bold And The Beautiful'.

Ella Joyce began her acting career as a stage actress. She has worked with some of the best stage performers and has worked in regional theaters in the United States and also abroad. Some of the plays that she has acted in are 'Bossa Nova', 'Last Street Play' and 'Brother, Sisters, Husbands And Wives'.
Among her television roles, she has acted as Eleanor Emerson in the comedy-drama, 'Roc' which aired on the FOX Network in the 1990s. It is for this role that she is most recognized. This was also her debut role in television and she featured in this series from 1991 to 1994.
She was cast in a recurring role as Jasmine Scott in seasons 4 and 5 of the sitcom 'My Wife And Kids' which aired between 2003 and 2004 on the ABC network. She is also a part of the main cast of the television series 'Vicious' which aired in 2021.
Ella Joyce began acting in movies with her first film 'Stop! Or My Mom Will Shoot' which was released in 1992. Her other film roles include the Warner Bros movie 'Preacher's Kid' which was released in 2010. She also appeared in an action film in 1996. One of her most recent films is Never And Again which was released in 2021.
Ella Joyce has also featured in the music video for the song Waterfalls by the group TLC.

What awards has Ella Joyce won?

This talented actress has won quite a few awards for her outstanding work. In 2006, Ella Joyce won the Joseph Jefferson Award. She has won this award for her character Lily Ann Green in the play 'Crumbs From The Table Of Joy'. This awards event was held in Chicago at the Goodman Theatre.
Ella Joyce has also won The Ovation Award for her performance in 'King Hedley II'. In 1998, she received the Spirit Of Detroit Award from the Office of the Mayor. A few other nominations awards that she has won for her on-stage performances are The NAACP Image Nomination and The New York AUDELCO award.

In addition to being an actress, she has also tried her hand at writing. She is also interested in music, dance and fitness as she now teaches a fitness class. The classes created by her are set to old style music and dance moves. It is called Funkacize and encourages people to stay moving and healthy.