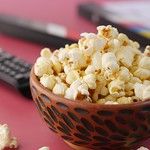 Elle Graham got her start in the film industry when she was hired for a commercial while accompanying her mother to an audition. She is best known for her appearances in the movies such as 'Swamp Thing (2019)' as Susie Coyle, 'The Walking Dead (2010)' as Winnie, and 'Stranger Things (2016)' as Sara Hopper.

Elle Graham played the role of Savannah Dillon in 'Secrets of Sulphur Springs'. From 2015 to 2016, the young actress got the chance to perform with many celebrities in 'Captive', 'The Hunger Games: Mockingjay', and 'Stinky Feet'. In 2019, she played the role of Hermione Campbell in the TV movie '(Future) Cult Classic'.

What is Elle Graham’s net worth?

How much does Elle Graham earn per year?

The annual income of Elle Graham is under review.

How tall is Elle Graham?

How old is Elle Graham?

Elle Charlotte Graham, popularly known as Elle Graham was born in North Carolina, United States of America. She is of Caucasian American ethnic group. She lives with her family in Hampstead near Wilmington.

Talking about her family life, Elle's mother, Emily Graham, is an actress and has performed in Wilmington's theater community.

Her father's name and profession are not revealed. Elle has four siblings, two brothers, and two sisters. Her oldest sibling is around 20 years old.

Elle Graham began her acting career as a theater artist at Thalian Association. She appeared in musical acts such as 'A Christmas Story: The Musical', 'Alice in Wonderland, Jr.', 'Tarzan', and 'Chitty Chitty Bang Bang, Jr.'

Elle Graham made her Hollywood debut as Young Freya in the 'The Originals' series.

With the launch of the eleventh episode of this adventure series on Disney, Elle Graham achieves the pinnacles of popularity for her main character Savannah Dillon.

Her two movies 'Are You There God? It's Me Margaret' and 'She Said' are under post-production.

We would love your help! If you have a photo of Elle Graham, either of them alone or a selfie that you would be happy to share, please send it to [email protected]. If you have knowledge or information that you think would help us improve this article, please contact us.