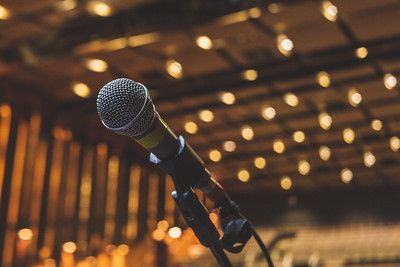 Being a fan of pop singer Elvis Presley, so he chose Elvis Phuong's stage name. In starting days of his career, he was a freelance solo singer who later joined the band Shotguns in the late ’60s.

His career graph raised when he started singing with the Phoenix band. Elvis Phuong is the brother of famous singer Kieu Nga. He is an exceptional singer who has an extraordinary talent for singing in the French language.

What is Elvis Phuong’s net worth?

No information about the net worth of Elvis Phuong.

How much does Elvis Phuong earn per year?

The annual salary of the Vietnam singer is unknown.

How tall is Elvis Phuong?

There is no information about his height.

How old is Elvis Phuong?

Elvis Phuong was born in an affluent western well-educated family on February 1, 1945, in Thu Dau Mot town, Binh Duong, Vietnam. Though his parents lived in the Huong Son district of the Ha Tinh area, they later shifted to Binh Duong. No Information about his parents' names.

Elvis's father is a French professor and also an architect. He has one younger brother and younger sisters, Elvis being the eldest one in the family. He attended the French school, Aurore. This kindergarten school gave him early roots in his French language exposure and to western music. Artist Qing nga was his classmate.

Since childhood, he has been a great fan of Elvis Presley, and music became his passion and started singing by listening to the songs and tapes of foreign singers. After leaving Vietnam in 1975, he initially tried to settle in France, then shifted his base to the USA, and used to live in Cerritos, California, managing EP productions. But in 1998, he moved back to Vietnam and settled in Ho Chi Minh City.

Who is Elvis Phuong’s partner?

Elvis Phuong has been married thrice. His first wife expired in an accident in Saigon in 1970. Later, he was in a relationship with film actress Cat Phuong, a Luu Hong Dance Troupe dancer. His second wife is Loc. Later, he settled with Phan Le Hoa.

As of June 2022, he stays in District two, Ho Chi Minh City, Vietnam, with his wife.

He refused his father's proposal to go to France for further studies; instead, he settled in Vietnam to pursue his interest. He is one of the rare singers with a successful and long career outside Vietnam. In the 50 years of his career, he sang many songs such as Pop, Rock n' Roll, Ballad, Pre-War, and Post-War.

The first time, in 1962, he performed in public was at Regina Paci's seminary. His first song was musician Truc Phuongs 'Midnight on the Street'. The first band he worked with in the early ’60s was Rockin' Stars and Shotguns 26: Tieng Hat Elvis Phương's first album (1968). His first album created a storm in his career and was a great hit. After that, he recorded many CDs and tapes and appeared in many Videos, which earned him great success and fans. His duets with Ai Van for Thuy Nga Paris in 1990 gained good popularity. 'Ao Anh Sat Only the Way Ta' and 'Back of a Wild Horse' are the two famous songs Elvis sang for Shotguns that brought reputation because of the whistling sound in the intervals. S

To celebrate his singing career Elvis on On April 28, 2021, released an album named Dear Em. This album consists of 12 famous foreign songs, some with Vietnamese lyrics.

Elvis's favorite colors are black and white, and his lucky number is 13.

We would love your help! If you have a photo of Elvis Phuong, either of them alone or a selfie that you would be happy to share, please send it to [email protected]. If you have knowledge or information that you think would help us improve this article, please contact us.