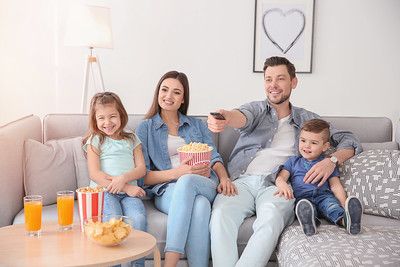 Emily Alexander, christened Emily Michelle Alexander, is a well-liked Instagram star and social media personality and was born on March 23, 2000.

The social media star has 476,000 followers on her Instagram account Emily Michelle Alexander and a much higher number of subscribers on her YouTube channel as of 2022. With such an impressive following, it is not surprising that Emily Alexander is a known social media personality.

Emily Alexander posts daily life snapshots, reels, modeling photos, and fashion videos (including an entire section on nail care) on her Instagram account. Her pictures and videos are about common, day-to-day occurrences. The Instagram star also features her pet dog, a Pomeranian called Skye, in her posts.

What is Emily Alexander's net worth?

Emily Alexander has made her net worth through her social media subscriptions. At present, her net worth is estimated at a little above $600,000.

How much does Emily Alexander earn per year?

Even as a social media personality, Emily Alexander has a net worth contributed from various sources at varying amounts. Her annual income has not been disclosed in the public forum.

How tall is Emily Alexander?

How old is Emily Alexander?

Emily Alexander has not disclosed details of her family life or details about her education. Her mother, Lisa Alexander, has been featured in some of Emily's videos. Emily also has two sisters, one of who has a YouTube channel. Her sisters are Sarah Alexander and Brenda Alexander. Emily Alexander and her boyfriend Adi Fishman went to the same school, but neither have mentioned their school's name.

Who is Emily Alexander dating?

Emily Alexander met her boyfriend Adi Fishman in school, and they have been friends since then. They officially began dating in September 2017. They celebrated their second anniversary as a couple in September 2019 by creating Adi&Em, a couple of channels with thousands of followers. They have also adopted a Pomeranian dog who is named Skye Alexander-Fishman. Emily and Adi appear in videos and reels on each other's accounts and on the couple's account. Adi Fishman is also a very popular YouTube and Instagram star. In April 2014, he and his brother Tal Fishman started the Free Time YouTube channel.

Additionally, he co-hosted the Whatever Time channel on YouTube with Nick Mayorga, which attracted over 800,000 subscribers. He has collaborated with DangMattSmith and Hunter Rowland on the Free Time YouTube channel. He also posts exciting YouTube videos, and his channel has more than a million subscribers. Adi and Emily have amassed their net worth through social media engagements and endorsements.

Through Instagram, she began her career in social media in 2013. Later on April 16, 2018, she launched her YouTube career by uploading 'My Natural Everyday Makeup!' as the first video on her self-titled channel. On her channel, the YouTube star frequently publishes various comedic films, modeling snapshots and videos, fashion-related videos, couples, makeup tutorial videos, reaction videos, challenges, clothing hauls, and prank videos. Her YouTube videos have crossed many million views.

Her prank and challenge videos have transformed Emily Alexander from a teenage social media aspirant to a YouTube and Instagram star.

Some of the brands Emily Alexander has endorsed are ExpressVPN,437, Revolve, I Am Gia, Zia, Loungewear, and more.

Emily Alexander loves to travel, and she has posted many of her travel photos on her social media accounts. She also has a keen interest in fashion and pets—her favorite travel destination is Europe.

We would love your help! If you have a photo of Emily Alexander, either of them alone or a selfie that you would be happy to share, please send it to [email protected].
If you have knowledge or information that you think would help us improve this article, please contact us.