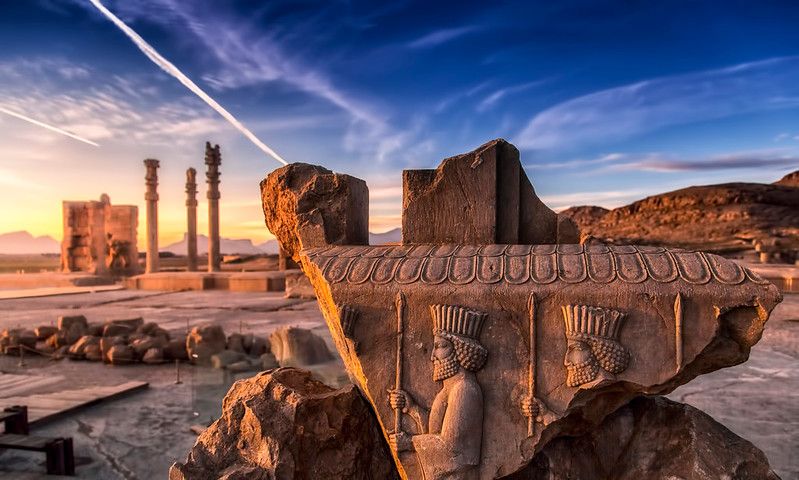 Emperor Wu of Han was a Chinese emperor who was born on June 30, 156 BC, with the given name Liu Che.

He was the Seventh Emperor of the Han Dynasty of Ancient China and ruled from 141 to 87 BC. He ruled for 54 years, and no emperor could break his record until the reign of the Kangxi Emperor.

After his father died, the journey of becoming the Emperor from the crown prince was started at the age of 15. Under his reign, Chinese civilization flourished exponentially. Under government policies and economic reorganization, and by promoting a hybrid Legalist-Confucian doctrine, a vast expansion of geopolitical influence and the development of a centralized state were witnessed under his rule.

His religious inventions and encouragement of poetry, music, and arts made him a well-known Emperor around the world and the development of the Imperial Music Bureau into an entity of renown. Under his reign, the contact with western Eurasia was substantially increased, and the Han empire prospered under his rule. Most of his campaigns were successful in expanding the empire. 139 BC, Zhang Qian sent Zhang Hong to the Yuezhi to establish Silk Road Trade and keep out the Xiongnu.

Emperor Wu's ultimate rule led to the expansion of the Han empire, and, as a result of his reign, the ruling dynasty started winning major battles. With the conquest of Xiongnu territory, the empire's territory was vastly expanded in the north and west. Moreover, unlike previous emperors, he established his ideals and brought stability to the empire.

Within a year, he launched a major reform known as the Jianyuan reforms, which followed the advice of Confucian scholars. Several reforms were implemented, including endorsing Confucianism as the national philosophy, removing checkpoints that the central government did not sanction, and encouraging noblemen to report and prosecute criminals; talented commoners were recruited and promoted to government positions.

During his strong ruling days, he swiftly led the Han dynasty to become one of Ancient China's most significant ruling dynasties. With the expansion of territories, the empire's borders swelled from the Fergana Valley in the west to central Korea in the east and Northern Vietnam in the south. In addition, he successfully pushed back Xiongnu from raiding northern China and sent off his trustworthy negotiator Zhang Qian into the Western Regions in 139 BC to look out for alliance with the Greater Yuezhi and Kangju which led to further diplomatic missions to Central Asia.

Emperor Wu was a great leader; despite the myriad conspiracies against him, he stood firm and strengthened his rule and jurisdiction. Many invasions were conducted under his leadership. The invasion of the northern Korean Peninsula brought forth the Commandery of Canghai, which was abandoned in 126 BC. Furthermore, the second invasion of the Korean Peninsula was successfully led by him, and, in 108 BC, the conquest of Gojoseon was completed, which is now modern-day North Korea.

Moreover, he was a worshipper of the divinity of Tai Yi, a deity his shaman advisers introduced to him. A fascination with immortality motivated him to consult several magicians regarding ingredients that could confer immortality. Emperor wu became ill in his later years of reign and died shortly after making Prince Fuling crown prince in 87 BC.

Though he died, his legacy remained and is still fresh in people's minds that he brought glory to his land. However, he is highly superstitious in his stance and forces his last queen to commit suicide. Regardless of this irreverence, he remains one of the extravagant figures in Chinese history.

What was Emperor Wu's net worth?

Details on the net worth of Emperor Wu are unavailable, but as the emperor rules for over 54 years, then he must have enjoyed a considerable net worth.

How much did Emperor Wu earn per year?

Adequate information regarding the annual income of Emperor Wu is unavailable.

How tall was Emperor Wu?

Details on the height of Emperor Wu are unknown.

How old was Emperor Wu?

Emperor Wu of Han was a Chinese emperor who was born on June 30, 156 BC, with the given name Liu Che. Emperor Wu's father was Emperor Jing, and his mother was Empress Xiaojing. He was the Seventh Emperor of the Han Dynasty of Ancient China and ruled from 141 to 87 BC. He became king at the age of 15 years and ruled till his death in 87 BC at 69 years.

Who was Emperor Wu's partner?

Emperor Wu is greatly recollected for his military conquests. Moreover, he was also given a posthumous title, Wudi, meaning 'Martial Emperor.' His administrative reforms had a lasting effect on Chinese society. Furthermore, Confucianism became the state philosophy, and Confucian Academies were established throughout the nation. He was well known for his religious innovations and profound interest in arts and music. Moreover, he encouraged poetry and developed the Imperial Music Bureau into an entity of renown.

Details on the charitable works of the Emperor are unknown.

What awards did Emperor Wu win?

Emperor Wu did not win any awards, but he expanded the Chinese empire far and wide with his military might.

He showed a profound interest in music, arts, poetry, and philosophy and encouraged the same during his rule as an Emperor.

We would love your help! If you have a photo of Emperor Wu, either of them alone or a selfie that you would be happy to share, please send it to [email protected]. If you have knowledge or information that you think would help us improve this article, please contact us.