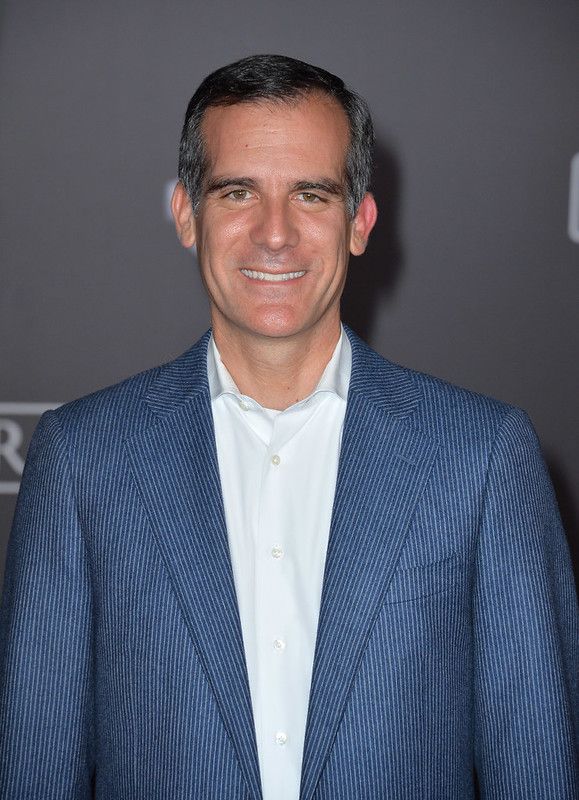 Eric Garcetti is a politician and a diplomat who was born on February 4, 1971, in Los Angeles, California.
He has been the Mayor of Los Angeles since 2013. Eric served as mayor from 2013 to 2017, but then in 2017, he was reelected.
Eric was born on February 4, 1971, in Los Angeles to father Gil Garcetti, who is the former Los Angeles County District Attorney and mother, Sukey. He was born in Los Angeles but was raised in Encino in the San Fernando Valley.
His father's family was originally from Mexico and his mother's family was a Russian-Jewish family. Before becoming the mayor, he served as City Council President from 2006 to 2012. Eric is also the United State Ambassador to India; president Joe Biden elected him in July 2021. Before getting elected as City Council President in 2006, he was a visiting instructor of international affairs at the University of Southern California as well as an assistant professor of diplomacy and world affairs at Occidental College. Eric also served as a lieutenant in the United States Navy Reserve Information Dominance Corps from 2005 to 2013.

What is Eric Garcetti’s net worth?

Eric Garcetti’s net worth is $3 million, thanks to the salary he makes as the mayor of Los Angeles.

How much does Eric Garcetti earn per year?

Eric Garcetti earns an estimate of $248,000 per year through his different ventures.

How tall is Eric Garcetti?

How old is Eric Garcetti?

Eric Garcetti was born in Los Angeles to his father, Gil Garcetti, who is the former Los Angeles County District Attorney, and mother, Sukey. He was born in Los Angeles but was raised in Encino in the San Fernando Valley. Eric attended elementary school at the UCLA Lab School, and he then completed his schooling at the Harvard Westlake School.
He always had a thing for politics because, in high school, he was a part of the Junior State of America, which was a national civic management and political debate organization for students. In 1992, he received his bachelor of arts degree in from Columbia University. He majored in urban planning and political science.
He also has a Master's degree in International Affairs, which he received from the International and Public Affairs School at Columbia University. He also studied as a Rhodes Scholar at Queen’s College, Oxford. Later, he acquired a PhD in Ethnicity and Nationalism from the London School of Economics.

Who is Eric Garcetti’s partner?

Eric is married to his college love, Amy Elene Wakeland. He first met her at Oxford University. He married her on January 4, 2009. Together, they have adopted a daughter named Maya Juanita. They have also fostered seven children together.

Eric Garcetti is a democrat and a diplomat. He was first elected to Los Angeles City Council in 2001. From there on, he made a reputation for himself. He then served as president of the city council from 2006 to 2012, and he also began serving in the U.S. Navy Reserve in 2005. He then ran for mayor, and was successful, capturing 54% of the votes.
In his tenure, he increased the minimum wage to $15. He also persuaded the city council to pass legislation that required earthquake-resistant reinforcement of buildings and persuaded the Los Angeles River Revitalization Corporation to collaborate with architect Frank Gehry on the River LA project.
In 2017 when Eric ran for mayor again, there was tough competition from Micheal Shwartz, however, Shwartz's campaign was less funded, and in the end, Garcetti won with more than 80% of the votes.

Eric created a nonprofit Mayor’s Fund For Los Angeles, which focuses on creating partnerships between the city and the private nonprofit and philanthropic sectors. Eric has also supported the Human Right Campaign, St Anne’s, and PATH.

What awards has Eric Garcetti won?

In 2003 American politician Eric received the Green Cross Millenium Award for Local Environmental Leadership. In 2006, he also received the New Frontier Award presented by the John F. Kennedy Presidential Library and Museum and also received NAACP Person of the Year in the year 2014. In 2015, he was also awarded the honorary Doctor of Humane Letters from Whittler College.

Eric really likes photography and is a great jazz pianist.

Eric Garcetti believes in the core values of dignity, justice, and equality for all people.
Eric is the mayor of Los Angeles and is the first Jewish and second Mexican-American mayor of Los Angeles.
He is also the youngest mayor to have been elected in over 100 years, having only been 42 at the time of his inauguration.
At his home, Garcetti has a near half-acre plot where he grows his own fruits and vegetables.
Main image credit: Featureflash Photo Agency /Shutterstock