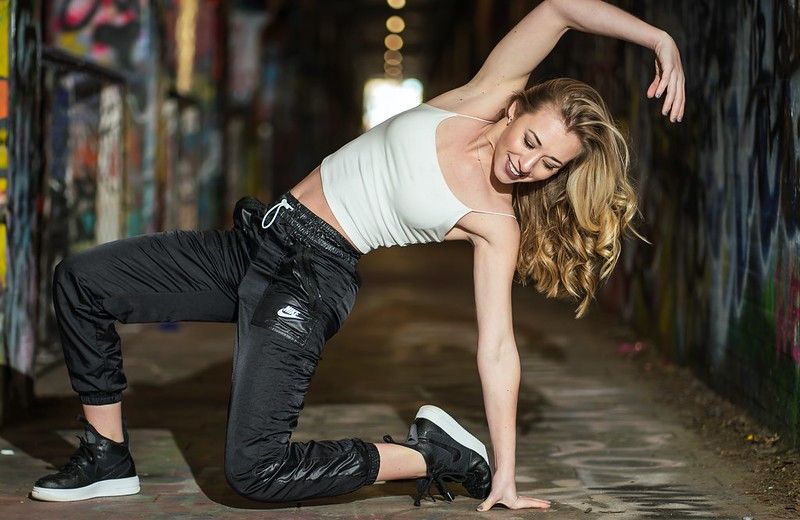 She rose to fame after her debut as a dancer on season one of NBC's 'World Of Dance', where she missed the million-dollar prize to Les Twins by a single point. She was born in Saint Paul, Minnesota.

Igo worked with Welling Films in the 'AXI: Avengers Of Xtreme Illusions', alongside actors/dancers Darrin Dewitt Henson, Chloe Klitus, and Preslee Bishop . She made her premier feature in the film, 'The Last Astronaut', with director Shawn Welling in 2019.

What is Eva Igo’s net worth?

Eva's net worth is estimated to be between $1-$3 million.

How much does Eva Igo earn per year?

How tall is Eva Igo?

How old is Eva Igo?

Eva Igo was born on November 9, 2002, in Saint Paul, Minnesota. This is also the place where she grew up in. She started dancing at the age of three years. She attended public school for her education. Later she joined online schooling in 2016. She graduated high school in June 2021 through Minnesota Virtual High School.

Her parents' names are Dawn and Patrick. She is the youngest of three siblings. Her eldest sister's name is Kayla. Another sibling is her brother Sean.

Who is Eva Igo dating?

No Information is available regarding her dating life.

Eva Igo started dancing when she was three years old and by the time she was five years old, she had become very popular. She started dancing at the Larkin Dance Studio in Maplewood. By the age of seven, Eva Igo had won many regional and national titles for dancing. When she was 14 years old she competed in NBC's world of dance. This gave her a major break and she became extremely popular. She lost her title only to the Les Twins and finished the competition in the second position losing by a single point. However, after her world of dance competition, she performed across US and Canada establishing herself as a premier dancer.

The November born star Eva Igo made her return to the second season but this time she was defeated by Avery and Marcus, first-time competitors in the dual rounds at the contest. This did not put her spirit down and she continued performing in various other programs. Eva Igo started her YouTube channel on July 24, 2016, where she posts her studio performances and dances.

Eva Igo also appeared in Jennifer Lopez feat. Wisin's music video, 'Amor, Amor, Amor'. She also played the role of Evena in the 'AXI: Avengers Of Xtreme Illusions'. In 2019 as well she reprised her role in the film 'The Last Astronaut' as Evena.

Eva Igo has also made several TV appearances in shows like 'World Of Dance: Where Are They Now' and 'To The Pointe With Kristyn Burtt'. Eva Igo also made a guest appearance on 'Dance+5', an Indian television show in Mumbai in 2019.

Eva Igo is best known for being a dancer and appearing in several dance contests on national and international levels.

What awards has Eva Igo won?

In 2018, Eva Igo was awarded the Industry Dance Award for Most Fierce Dancer Under 18.

Eva Igo was nominated for the People's Choice Award for Competition Contestant of 2018.

She won the Rising Star Award at World Fest Houston in 2019.

Apart from being a wonderful dancer, Eva is now starting her venture into acting as well.

Eva is a beach person. She loves traveling and has posted many beach pictures on her Instagram page.

Eva is an amazing dancer and a very flexible gymnast as well. She does flawless splits which are often a part of her dance routine.

We would love your help! If you have a photo of Eva Igo, either of them alone or a selfie that you would be happy to share, please send it to [email protected].