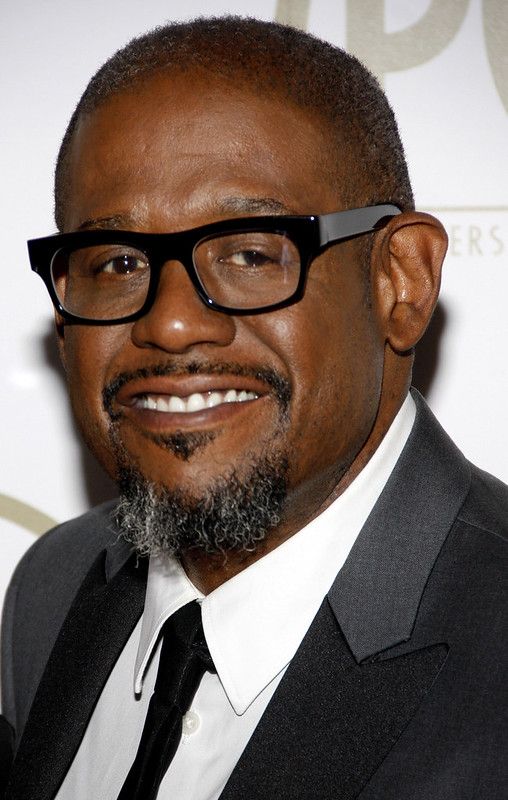 Forest Whitaker is an American actor, producer, and director who has starred in many films and television shows.
He has bagged many awards for his work, one of them being an Academy Award for Best Actor for his performance in 'The Last King Of Scotland'. Whitaker's parents, Laura Francis (née Smith) and Forest Steven Whitaker III, were his role models growing up.
He was born on July 15, 1961, in Longview, Texas, USA. He has an elder sister and two younger brothers. Whitaker's fondness for animals was sparked at an early age by his family's pets. He actively works for charities and peacekeeping organizations.
He has been performing in the film industry since his first role in 1982 and is still active today.

What is Forest Whitaker's net worth?

Forest Whitaker is estimated to have a net worth of $30 million.

How much does Forest Whitaker earn per year?

Details of his salary or yearly earnings are not available to the public yet.

How tall is Forest Whitaker?

How old is Forest Whitaker?

Whitaker was born in Longview, Texas, on July 14, 1961. He's the son of Laura Francis (née Smith) and Forest Steven Whitaker III, a pharmaceutical salesman. He is the second of four children. He has an older sister, Deborah, and two younger brothers, Kenn and Damon Whitaker.
Not only is Whitaker an all-rounder when it comes to his career, but he was also involved in many activities as a child. From music and sports to academia, he learned and participated actively in academic and co-curricular activities at Palisades Charity High School.
Whitaker was then selected by California State Polytechnic University on a football scholarship. However, due to a sports-related injury, he had to change his major to music. He realized his passion for the performing arts and changed his major again to the theater. Whitaker went on to study both theater and music and was accepted into prestigious universities. Forest Whitaker graduated with a degree in fine arts in acting from the University of Southern California in 1982.

Who is Forest Whitaker's partner?

Forest Whitaker was formerly married to Keisha Nash Whitaker from 1996-2021. The couple has four kids together. Whitaker had met Keisha on the set of 'Blown Away' in the year 1995, and they got married a year later. They have three daughters named True Whitaker, Autumn Whitaker, Sonnet Noel Whitaker, and a son named Ocean Alexander Whitaker.

Forest Whitaker had his film debut in 1982, the same year he graduated from university. His first role was as a supporting character in the motion picture 'Fast Rides At Ridgemont High'. Whitaker worked in supporting roles and as an extra for some years before he landed the leading role in 1988 for the movie 'Bird'. He also worked as an executive producer in the '90s with many directors and released well-received movies such as 'Phenomenon', 'Downtown' and 'The Crying Game'.
Forest Whitaker is well known for the dozens of roles he's played since the beginning of his acting career in 1982. He has starred in many films, including 'Platoon', 'Good Morning', 'Vietnam', 'Bird', 'Waiting To Exhale', 'Hope Floats', and 'Panic Room' and more recently, 'Black Panther'.
In 2002, he starred in a string of well-received blockbusters such as 'Panic Room', and 'Phonebooth'. In 2008, he had a main role in yet another fan-favorite thriller 'Street Kings' starring other well-known actors like Keanu Reaves, Terry Crews, and Chris Evans. He also starred as the main character in the films' The Butler' and 'Out Of The Furnace', both of which were released in 2013.
Whitaker's work on 'The Last King Of Scotland' earned him widespread critical acclaim, including an Academy Award for Best Actor. He has also been praised for his work in films such as Marvel's 'Black Panther', which was released in 2018.
In addition to his work in film, Whitaker has also starred in several television shows, including 'The Shield' and 'ER'. He also starred in the series 'Criminal Minds: Suspect Behavior'. As a director, he has worked on movies like 'Hope Floats', 'First Daughter', and 'Waiting To Exhale'.

Forest Whitaker is an active philanthropist and has served on the board of directors for various charitable organizations. He credits his mother with instilling this belief in him and also admitted having based most of his life around something she told him. Her words, "You don't have to believe in what I believe, but you have to believe in something," stuck with him since his childhood.
In 2012, he founded the Peace Game Foundation and Friends of the Congo. He has also been appointed a UNICEF goodwill ambassador since 2004. Since he founded his charitable organization, Whitaker has been even more involved with donations and charity work in the past decade. The programs of the Whitaker Peace and Development Initiative are currently operational in Mexico, the USA, and Africa.
Whitaker also founded the International Institute for Peace in Newark, New Jersey. This institute was founded at Rutger's University, where he is a research scholar.
He also actively supports and advocates for an Uganda-based boarding school and training center for orphans and rescued or escaped child soldiers named Hope North. Whitaker was honored with a Cinema for Peace Award for his ongoing work with Hope North.

What awards has Forest Whitaker won?