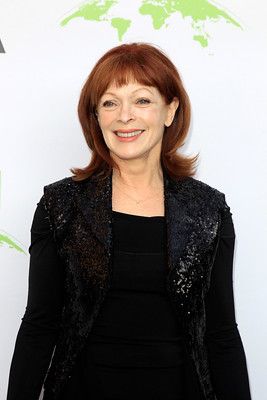 Frances Fisher is the actress that we have all come to love and cherish!
She has worked in numerous major as well as independent films. Her career is one that has spun for decades, and seen her perform in various places!
Frances Fisher is an English actress who traveled around the world and firmly set her feet in the career of acting! Discover lots more interesting facts about Frances Fisher's career and personal life.

What is Frances Fisher's net worth?

The estimated net worth of Frances Fisher is placed somewhere in the region of $2 million. She has amassed this wealth over a lengthy career of working on different projects.

How much does Frances Fisher earn per year?

Along with a massive net worth, Frances Fisher has a healthy amount of annual income. Her annual income is about $350000.

How tall is Frances Fisher?

How old is Frances Fisher?

Frances Fisher was born on May 11, 1952, to parents Olga Fisher and William I. Fisher. She was born Frances Louise Fisher, and was born to her parents in Milford on Sea, Hampshire. This is the area of the coast of England that lies on the English channel.
Her father traced his ancestry to a Russian-Jewish as well as a Hungarian-Jewish family. He worked in an oil refinery. Her mother was of Norwegian origins and was a homemaker. The younger brother of Frances Fisher was a large part of her childhood.
While Frances was born in England, her childhood would see her spend time in different countries all over the world. She has lived in countries such as Turkey, Brazil, France, Canada, and Columbia due to the nature of her father's job. When she was in the seventh grade, the family of Frances Fisher would finally settle down in the United States of America. The family would be based in Texas.
As Frances began her life in Texas, she began going to the Lutcher Stark High School, in Orange, Texas. During this time, the actress took a keen interest in acting. It was here that she fostered a love for the performing arts. She worked in different high school productions. While her love for acting grew, tragedy struck for the young Frances Fisher. Her mother met an untimely death, and Frances would have to spend a lot of time taking care of her young brother.
Taking care of her younger brother meant that a young Frances would not be able to dedicate as much of her time to acting. She had made her mind up, and she would become an actress.

Who is Frances Fisher's partner?

This Milford-born actress has had her own share of partners.
She first married her high school boyfriend, Billy Mack Hamilton. The marriage to her high school boyfriend took place on August 1, 1970. This was when she was 18 years old. The couple divorced after two years and separated to go their own ways.
The actress then started seeing the popular Hollywood celebrity Clint Eastwood. Frances met Clint Eastwood during the shooting of a western film, 'Unforgiven.' The pair dated for about six years during the early '90s. During this time, they also had a daughter, Francesca Eastwood.
After the relationship with Clint Eastwood ended, Frances would date another Hollywood star. This was George Clooney. The relationship would eventually end.
At the moment, Frances Fisher is not seeing anyone.

Before her acting career took flight, Frances would work odd jobs in order to support herself. She worked as a secretary near the time she got married. Eventually, after her divorce, Frances Fisher moved to New York City to begin working in the acting industry.
Under her mentor Lee Strasberg, she started studying acting. Frances Fisher lived in Virginia and performed in what was known as the Barter Theatre. Barter Theatre is what is known as a repertory theater. She spent a lot of time working with different theater groups up and down the East Coast and in New York City. During this time, the actress would go on to make quite a name within theater circles, as well as among the people. She gained fame as a result. Furthermore, her work during this period of time also saw her establish critical connections within the theater community.
Her big break came in the mid-'70s. She would go on to audition for the ABC daytime television show 'The Edge Of Night.' She would play the role of Detective Deborah Saxon. She would play a recurring role on the show for about 215 episodes. This period lasted for about four years, between 1976 and 1980.
Her film debut came three years later in 1983, with the movie 'Can She Bake a Cherry Pie?'. The name of her character was Louise, which is interestingly her middle name. The movie put her in the spotlight due to her performance in the movie.
In 1985, Frances Fisher got the chance of working in the 'Guiding Light.' Guiding Light was a major opera project, and it was her last period of work as a daytime opera actor.
Her career also saw her work in multiple movies with her future partner, Clint Eastwood. First, she worked in a supporting role in the movie 'Pink Cadillac.' It was the beginning of her success with the films she worked on with Eastwood. A subsequent movie, 'Unforgiven,' was a great hit, and it was honored with various awards.
Frances Fisher was also part of the show 'Strange Luck.' While the show would not be renewed for more than a season, Frances Fisher would be a part of all 17 episodes of the season.
The role that watchers especially loved Frances Fisher in was in the movie 'Titanic.' 'Titanic' was a massive project, and Frances was part of it. She would play the mother of Rose. The film gained success internationally, and this, in turn, demonstrated globally the acting skills of Frances Fisher.
In addition to this, Frances Fisher has also made guest appearances in different shows. During season two of the show 'Grey's Anatomy,' Frances would play the role of Betty Johnson in one episode. 'Grey's Anatomy' was not the only doctor-related show that Frances was part of. During the third season of the show 'Private Practice,' she played the role of Ruby Broome.
Frances Fisher has had a career that has taken her to different areas of the acting industry. It goes on to show the range and versatility that she continues to display as an actress.

What awards has Frances Fisher won?

Her work in the industry has led her to gain multiple awards. Her film with Clint Eastwood, 'Unforgiven,' saw the movie win an Academy Award.