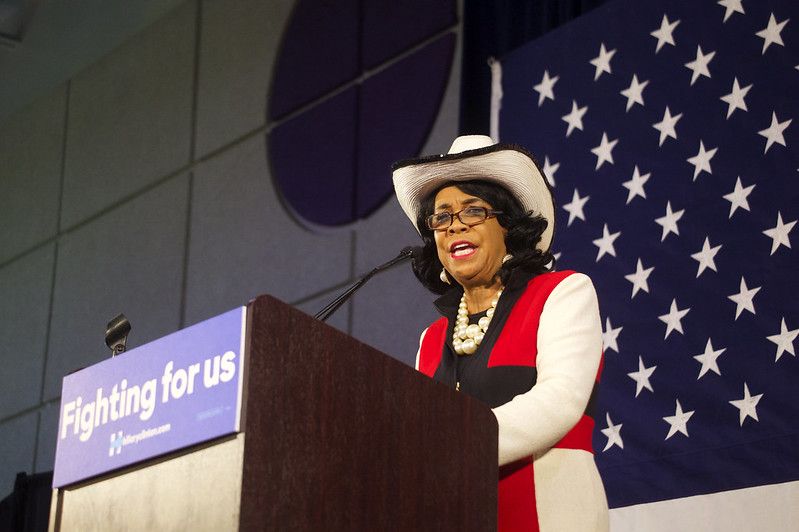 She has been a member of the United States House of Representatives since 2011 and also a representative of Florida’s 24th Congressional District. During her first term, her congressional district stood in 17th number, which covered a large swath of sliver of southern Broward County and eastern Miami-Dade county.

Moreover, the nation's attention was focused on her in 2012 regarding her comment on the death of Trayvon Martin.

She ardently supported Barack Obama’s 2008 presidential campaign by voting for Obama and Joe Biden in 2008 as one of Florida’s presidential electors.

What is Frederica Wilson’s net worth?

Frederica Wilson’s net worth is $1.5 million.

How much does Frederica Wilson earn per year?

How tall is Frederica Wilson?

How old is Frederica Wilson?

Who is Frederica Wilson’s partner?

Frederica Wilson was married to Paul Wilson in 1963. Unfortunately, Paul died later in 1963 and left her widowed. She has three children named Lakesha Wilson, Nicole Wilson, and Paul Wilson.

Frederica Wilson was known for her efforts to convince Congress to lift a ban on head covering during house sessions, which dates to 1837.

Frederica Wilson is a well-known politician and a member of the US House of Representatives. She is known to bring multiple reforms to the country's education system. Before her stint as a politician, Wilson served as the Principal of Skyway Elementary School from 1980-1992.

She is well known for her eccentric hats collection that includes hundreds of hats in distinct varieties. Out of a hundred, she is known to wear one each day. Her collection of hats is indeed extravagant.

She is the founder of the 5,000 Role Model of Excellence Project founded in 1993. It is a mentoring program that aims at grooming more than 8,000  boys of color belonging to the grades 3-12 in the Miami-dade county Public School system. Wilson is also a founding member of the My Brother’s Keeper Alliance Advisory Board.

She has worked in the prevention of child trafficking and child slavery in Haiti, which was considered to be a hotspot.

She loves collecting colorful hats and wears them on every possible occasion.