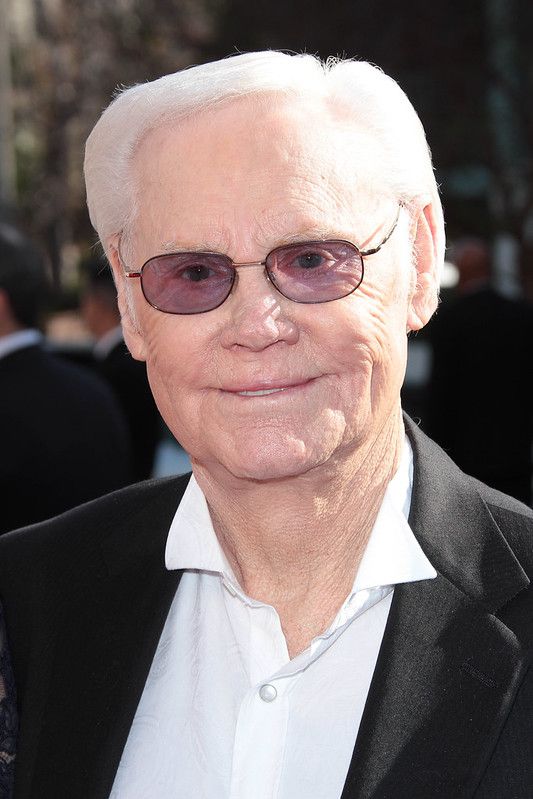 He was known for his deep voice and relatable lyrics. He had several nicknames in the industry, but the one that stuck most was The Possum because of his short hair and beady brown eyes.

George Jones had an incredibly successful career. His music spoke to many. His performances were credited with the ability to bring about a feeling as if the audience themselves were on stage and singing. George Jone was an award-winning singer and had many top hit singles. He owned the country charts, with several of his songs being at the top for most of the '60s. Having written and co-written more than 60 songs during his career, he was nicknamed the Rolls Royce of Country Music. However, his career wasn't all that glittery, he had to overcome many obstacles in life. There's plenty to discover about him, so stay tuned to know his net worth, birthday, and career.

What was George Jones’ net worth?

George Jones' had a net worth of a whopping $35 million at the time of his death. His net worth largely came from his triumphant country music career.

How much did George Jones earn per year?

Although there are rough estimates of the breakdown of his net worth, none of the information was disclosed firsthand by the artist himself.

How tall was George Jones?

How old was George Jones?

Jones' parents had a significant influence on his music career as they were quite talented musicians themselves. In the book 'George Jones: The Life And Times Of A Honky Tonk Legend' published in 1984, author Bob Allen wrote that his father would come home late with his friends and ask Jones to sing for them, and he obliged. His father was the one to gift him his first guitar at the age of nine. He used to play at church.

Who were George Jones' parents?

George Jones, named at birth George Glenn Jones was born to parents George Washington Jones and Clara Jones. His father was a shipyard worker. His mother used to play the piano in church on Sundays. He lived in Colmesneil, Texas, with his brother and five sisters. One of them was Ethel Jones, whose death brought great turmoil to Jones' father. His other siblings are Herman Lamar Jones, Joyce Martha Jones Chandler, Doris Evelyn Jones Buller, Ruth Marilyn Jones Maddox, and Helen Louise Jones Scroggins.

Who was George Jones’ Spouse?

Aged 17, George married Dorothy Bonvillion in 1950 and divorced her before the birth of their first daughter, Susan Jones, in 1951.

He then married Shirley Ann Corley in 1954, with whom he had Jeffrey Glenn and Bryan Jones. The couple parted ways in 1968.

In 1969 he married country music singer Tammy Wynette. He used to perform with her, and they were called 'Mr. & Mrs. Country Music'. The couple shared a daughter named Tamala Georgette Jones. They, too, divorced in 1975.

In 1983, he met Nancy Sepulvado, a divorcee whom he married. She was his greatest support during his hard times, and it is stated that she was largely responsible for getting his career and head back on track. Nancy Sepulvado is an actress. As of June 2022, she is 74 years old. The couple remained married until the death of George Jones in 2013.

George Jones left home at the age of 16. He started playing at radio stations such as KTXJ and KRIC. At the latter one, he met his role model Hank Williams.

His first record was released in collaboration with Starday Records in February 1954 and was called 'No Money In This Deal'. He was also working at the KTRM radio station meanwhile.

George Glen Jones' first hit single was 'Why Baby Why' in 1955. Jones went on tour as a member of the Louisiana Hayride. Here Jones was fortunate enough to meet and play with Elvis Presley and Johnny Cash, and Cash remained a longtime friend and helped Jones out.

In 1956 he received his first invite to play at the Grand Ole Opry. He switched to Mercury Records the following year. His first duet song with Jeanette Hick was 'Yearning', which made it to the top 10 singles that year.

In 1962, he made yet another switch to United Artists. He played with several famous and upcoming artists and recorded a few tribute albums. Statistics show Jones' songs dominating the country charts in the '60s. Some of these hit singles are 'Love Bug', 'The Race Is On', and 'A Good Year For The Roses'.

In 1964 he signed with Musicor Records. He met his third wife, Tammy Wynette, in 1969. He made another switch to Epic Records, where he worked with Tammy Wynette and her producer Billy Sherrill. He stayed with Epic Records for quite a while. The duo sang songs like 'Golden Ring' and 'Near You'. However, the '60s and '70s were not that great for George Jones.

Throughout the '80s and '90s, George Glenn Jones made his way back. In April of 1980, he stunned fans with his most famous single, 'He Stopped Loving Her Today'. He continued to work with Billy Sherrill.

However, in 1990 he shifted to MCA Records. His career did not pick up that much, but he continued to release songs and wrote his autobiography. In 1999 he met with an accident, after which Billy Sherrill, who had retired, came out of retirement to produce George Jones' 'The Gospel Collection' in 2003.

In 2012 he announced he would go on the Grand Tour after being hospitalized for a lung infection. With concerts lined up on tour, he suddenly fell ill and was admitted to the hospital for six days. He passed away on April 26, 2013, aged 81. His remains now lay buried in Woodlawn Cemetery in Nashville.

What awards had George Jones won?

George Glenn Jones was the winner of several prestigious awards.

His single 'Choices' in 1999 received another Grammy under the same category. In 2008 George Jones received the Grammy Lifetime Achievement Award.