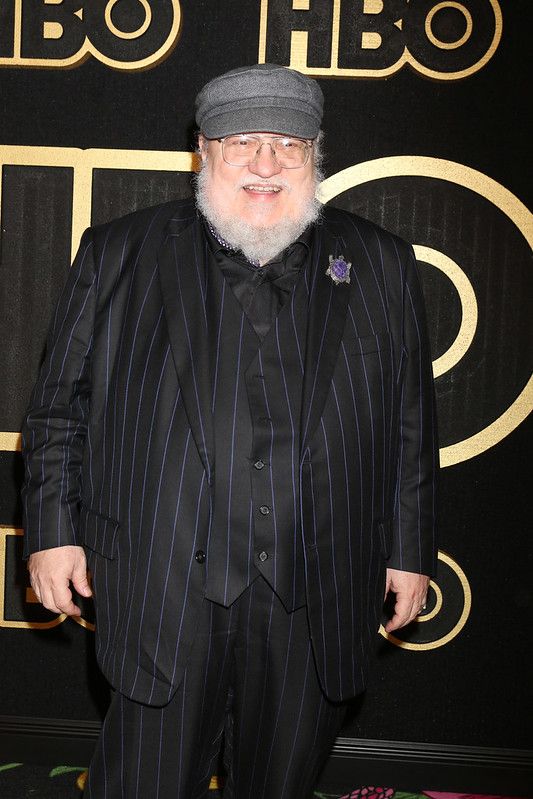 George RR Martin's novel 'A Song of Ice and Fire' is based on the epic fantasy series Game of Thrones. At the age of 21, Martin began publishing science fiction short stories professionally in 1970.

'The Hero', which he sold to Galaxy magazine and was published in the February 1971 issue. It was his first sale, and subsequent sales followed quickly.

His first novel, 'Dying of the Light', was finished in 1976 and published one year later, in 1977. The immense popularity of Star Wars had a huge impact on the publishing industry and science fiction that same year; that's how he made the same amount of money selling the book as he would teaching for three years.

In his early ’20s, he was able to sell several short stories, but still not enough to cover his expenses which prevented him from becoming the full-time writer he desired. The necessity for a day job coincided with the American chess mania that erupted in the aftermath of Bobby Fischer's 1972 world chess championship victory. His chess talents and expertise led to him being employed as a tournament director for the Continental Chess Association, which held chess tournaments on weekends, and from which he earned a decent living.

What is George R. R. Martin’s net worth?

The net worth of George RR Martin is $12 million, based on his successful career as a novelist, writer, screenwriter, and television producer.

How much does George R. R. Martin earn per year?

George RR Martin's annual salary is unknown; however, based on his successful career, we may assume he earns a decent sum.

George R. R. Martin was born in Bayonne, New Jersey, on September 20, 1948. His father was Longshoreman Raymond Collins Martin, and his mother was Margaret Brady Martin. He has two siblings named Darleen and Janet.

During his childhood, he only went to his primary school and to his home, from 'First Street to Fifth Street', which narrowed down his world. He soon developed a desire to explore and travel places, and that's when he became an avid reader and dived into his imagination. He began composing and selling monster stories to other children in the area for pennies, complete with dramatic readings. He wrote many stories as a child, although he had a propensity of starting endless stories that he never finished since they didn't turn out the way he had envisioned on paper. Martin went to Mary Jane Donohoe School before going to Marist High School. He developed a deep interest in the Marvel Comics superheroes when he was there. Martin graduated summa cum laude with a B.S. in journalism from Northwestern University's Medill School of Journalism in Evanston, Illinois, in 1970. In 1971, he earned his M.S. in Journalism from Medill.

Martin married Parris McBride in a simple ceremony at their Santa Fe home on February 15, 2011. They had a grander wedding ceremony and celebration on August 19, 2011, at Renovation, the 69th World Science Fiction Convention.

He previously married Gale Burnick in 1975, but they divorced in 1979.

He is well known for his epic fantasy novel A Song Of Ice And Fire. The television rights of A Song of Ice and Fire were bought by HBO Productions in 2007. The first episode, titled 'Game of Thrones', aired on April 17, 2011. It aired weekly for 10 hour-long episodes, and George RR Martin was engrossed in both the production and scriptwriting of the TV adaptation of his series.

Martin published 'Fevre Dream' which was a vampire novel set in the 19th century on the Mississippi River, in 1982. Martin contributed the worldbuilding features for the 2022 video game 'Elden Ring'. He worked as an executive producer on the Peacock TV version of his 'Wild Cards' novel series, alongside Melinda M. Snodgrass, his manager, and Vince Gerardis. He's also recognized for producing Nnedi Okorafor's 2010 scientific fantasy novel Who Fears Death, which was adapted into an HBO series.

Martin is active in the philanthropic community, particularly with the Wild Spirit Wolf Sanctuary in New Mexico. He started a fundraising drive for this animal refuge, and he was able to raise more than $500,000.

He won numerous awards, including Primetime Emmy for Outstanding Drama Series in 2015. He won the same award in 2016 and 2019. In 2017 he won the Lifetime Achievement Award for 2011s 'Game Of Thrones' by British Screenwriters Awards. In 2020 he won the CinEuphoria Award for 'Game Of Thrones', which he shared with the show's contributors. He won Hugo Award in 2012 for Best Dramatic Presentation - Long Term and in 2013 for Best Dramatic Presentation- short term.
He got nominated for WGA Award, USC Scripter Award, OFTA Television Award, and GMS Award.