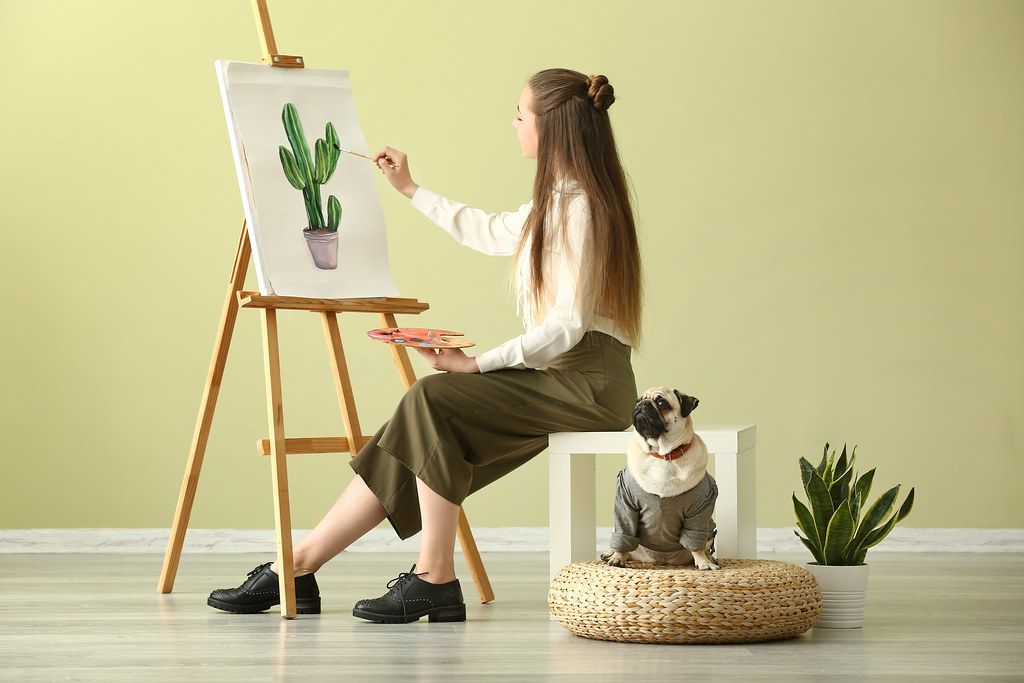 Georgia O'Keeffe was a famous artist, known for producing modern art in the form of charcoal drawings and colorful paintings.

Georgia O'Keeffe's art has been displayed in the Metropolitan Museum, National Gallery of Art, and High Museum of Art. O'Keeffe is a renowned figure in the art world, best known for her large floral paintings.

Georgia O'Keeffe was an artist from Sun Prairie, famous for her paintings of New Mexico landscapes, New York skyscrapers, and enlarged flowers. She is considered the 'Mother of American modernism' for her work in American art.

She started to sketch and draw when she was young and grew passionate about creating art. After she trained, Georgia O'Keeffe became an excellent artist and received recognition for her paintings.

She was married to Alfred Stieglitz, a gallery owner and photographer. She became one of the most successful and influential artists in America. She died in Santa Fe, the capital of New Mexico.

What was Georgia O'Keeffe’s net worth?

The estimated net worth of Georgia O'Keeffe was $1.5 million. She was able to gain this wealth through her work as an artist.

How much did Georgia O'Keeffe earn per year?

Although the exact amount of income earned by Georgia O'Keeffe as an artist is not known, she was very successful and sold her art for large amounts of money.

How tall was Georgia O'Keeffe?

How old was Georgia O'Keeffe?

Georgia O'Keeffe was born to Francis O'Keeffe and Ida O'Keeffe in Sun Prairie, Wisconsin, on November 15, 1887, under the zodiac sign of Scorpio.

Georgia O'Keeffe was born with brown eyes and black hair in a farmhouse. Her parents were dairy farmers and she was the second born of seven siblings. She went to Sun Prairie's Town Hall School. She had decided to pursue a career in art by the time she was 10. She started getting trained in art with her sisters, Anita and Ida, by Sara Mann, a local watercolorist. In 1901-02, Georgia O'Keeffe went to Madison's Sacred Heart Academy. After moving to Williamsburg's Peacock Hill, she stayed with her aunt and went to Madison Central High School. In 1903, she reunited with her family in Virginia.

In 1905, she finished high school at Chatham Episcopal Institute. She was also a part of the Kappa Delta sorority in this institute. While watching over Claudia, her younger sister, Georgia O'Keeffe, headed and taught in the art department at the West Texas State Normal College. She visited Alexis, her brother, at a Texas military camp, where she painted 'The Flag'.

Who was Georgia O'Keeffe’s partner?

She started working as a commercial artist in 1908. Between 1912 and 1914, she taught art in Amarillo's public schools. In late 1915, she taught at the Columbia College in South Carolina, and she also finished several charcoal drawings. She sent some of her artwork to her friend in New York City. Her friend showed it to Alfred Stieglitz in 1916, who then displayed 10 of O'Keeffe's drawings at his gallery. The following year, she got her first solo show at Alfred's gallery, exhibiting watercolors and oil paintings.

O'Keeffe moved to New York and was greatly inspired by the photographs of Stieglitz. She finished several significant paintings during this time, such as 'Petunia No. 2', 'City Night', and 'New York Night'. In 1929, she traveled to New Mexico and was inspired by its art, landscape, and architectural styles, marking the start of a new phase in her career. She started to paint artifacts, buildings, and churches in New Mexico, visiting the region each year from 1929 to 1949, and later settled there permanently.

Georgia O'Keeffe could not paint a lot in her last years due to failing eyesight. However, she continued to paint with the aid of her assistants.

During the '30s and '40s, Georgia O'Keeffe's popularity continued with her art pieces displayed across exhibitions in New York. In the '50s, Georgia O'Keeffe extensively traveled around the world and painted several places she visited. She also took rafting tours down the Colorado River. Her paintings of Mount Fuji in Japan and Peru's mountain peaks became famous.

What awards did Georgia O'Keeffe win?

In 1962, Georgia O'Keeffe was nominated for the American Academy of Arts and Letters. She was later chosen as the Fellow of the American Academy of Arts and Sciences in 1966. In 1972, she received the Edward MacDowell Medal. Georgia O'Keeffe received the highest honor award given to American civilians, the Presidential Medal of Freedom, in 1977, by the then-President Gerald Ford.

Georgia O'Keeffe received a Doctor of Fine Arts honorary degree from The College of William & Mary, in 1938. She also received an honorary degree from Harvard University and, in 1971, the M. Carey Thomas Award from Bryn Mawr College. In 1985, the then-president Ronald Reagan presented her with the National Medal of Arts. She got inducted into the National Women's Hall of Fame in 1993.

O'Keeffe enjoyed sunsets and sunrises. She also enjoyed traveling around the world and to Europe. When she was in New Mexico, she spoke about her fondness for the Northern regions of New Mexico and Ghost Ranch.

We would love your help! If you have a photo of Georgia O'Keeffe, either of them alone or a selfie that you would be happy to share, please send it to [email protected].