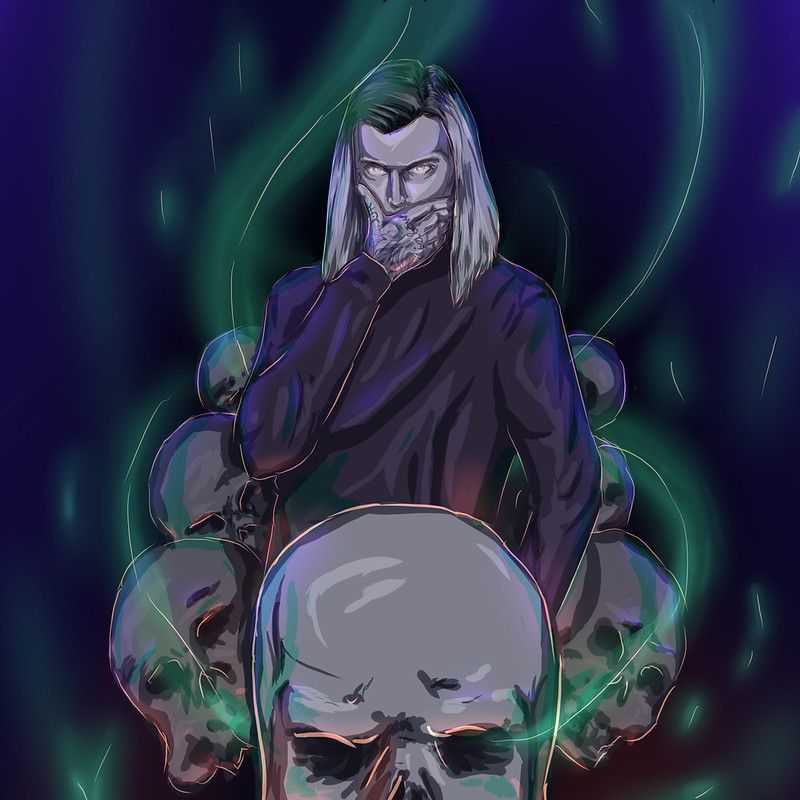 Ghostemane is a well-known American singer, rapper, songwriter, artist, and musician.
Ghostemane was born on April 15, 1991, in Lake Worth, Florida, in the United States of America, and was raised in West Palm Beach in Florida. Eric Whitney is his real name.
He is also known by many other names, such as Eric Ghoste, Baader-Meinhof, Swearr, IllBizz, and GASM. Ghostemane is also famous for his Album 'NOISE' which was released in 2018.
He has released eight albums to date, his first album was 'Oogabooga' which was released in 2015, and his latest album is 'ANTI-ICON' released in 2020. Ghostemane has also been part of bands like 'Seven Serpents,' 'Nemesis,' and 'Schemaposse.' Ghostemane's inspirational musicians are 'Suicideboys,' 'Bones,' and 'Scarlxrd.'

What is Ghostemane's net worth?

Ghostmane's net worth is estimated between $1-5 million.

How much does Ghostemane earn per year?

How tall is Ghostemane?

How old is Ghostemane?

Ghostmane was born on April 15, 1991, in Lake Worth in Florida in the United States of America. He was born with the name Eric Whitney. He spent his childhood in West Palm Beach, Florida. His parents were from New York and moved to Florida before Ghostemane was born. His father was a phlebotomist who died when Ghostemane was 17 years old. He also has a brother. Though Ghostemane is an American national, his religion is Thelema, and his zodiac sign is Aries.
Talking about Ghostemane's educational background, he was a graduate student From a high school with a high GPA. He was a football player in his high school career. Then he joined college to learn astrophysics, and also Ghostemane has a degree in Astrophysics. The name of his school and college is not available.

Who is Ghostemane dating?

Ghostemane has had several relationships in the past. He was in a relationship with Ivy Suicide, his fellow musician, but they separated. And then, in 2019, Ghostemane started dating a YouTuber and musician, Poppy.
Poppy disclosed on social media that they got engaged in July 2020. But in 2021, the couple canceled their relationship and separated. Now Ghostemane is single, and he is not dating anyone.

From childhood, Eric Whitney wanted to become a musician. He was a fan of Hardcore Punk music. Eric started playing this music. He also tried to play and learn guitar and began performing as a guitar player for hardcore punk and doom metal bands in various bands like Seven serpents and Nemesis. And through these bands, he came to know rap music and one bandmate also brought Eric to Memphis Rap. Eric Whitney released various EPs and mixtapes online, and his debut mixtape released in 2014 was 'Blunts n' Brass Monkey.' At the same time, he also used to work in B2B Sales.
In 2015, Eric Whitney released 'GhosteTales' which was his debut EP, and later on, he released 'Kreep' and 'Dogma.' He also released his first album, 'Oogabooga,' in 2015.
But in 2015, he left the job and moved to Los Angeles, California, after starting his career as a rapper to make a career in the music industry. In Los Angeles, California, he met 'JGRXXN'  and joined his group 'Schemaposse,' which also has artists like Lil Peep and Craig Xen.
But after one year, in July 2016, Eric Whitney left Schemaposse. He then released his self-produced album 'Blackmage' and his track 'John D,' he released his first Cinematic Music Video. And then Eric Whitney worked with artists like Florida rapper Pouya and 'Suicideboys.' Eric with rapper Pouya released '1000 Rounds' in April 2017.
In 2018, Ghostemane joined rapper Zubin and released the track 'Broken.' He also released his next album, the seventh album entitled 'N/O/I/S/E.' Many songs on this album are highly influenced by 'Metallica,' nu-metal, industrial metal, 'Nine Inch Nails,' and 'Marilyn Manson.'
In May 2020, he disclosed his new project, 'Baader-Meinhof,' which is a lo-fi black metal band. Also, he is the only member of this band as Eric Ghoste.

Ghostemane is best known for his successful career as an American rapper, songwriter, singer, and musician.

What awards has Ghostemane won?

Ghostemane's music video 'Al' was nominated for Most Bizarre at the 2021 Berlin Music Video Awards.

Other Interesting Ghostemane Facts And Trivia