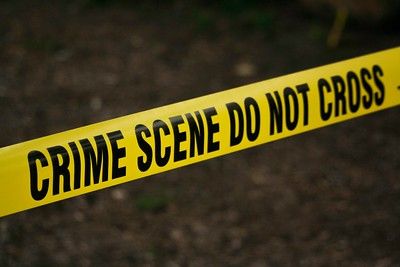 Gina Cheri Walker Haspel is widely known as the first woman to serve the American spy agency.
Gina Haspel was sworn in as the permanent director of the Central Intelligence Agency (CIA) on May 21, 2018. Before being nominated, Haspel worked as the deputy director under Mike Pompeo during Donald Trump's early presidency.
Haspel has spent over 30 years in the US intelligence community, the majority of which she spent in clandestine assignments overseas. She is well-known for her controversial role in Thailand, where she oversaw a CIA-run secret prison. Haspel was in charge of a team of undercover American officials tasked with torturing inmates suspected of having ties to Al-Qaeda.
The Senate Committee released a comprehensive report on the events in the Thai prison and the individuals involved. Following the September 11 terrorist attacks, George Bush formed a commission to combat terrorism.
According to the Center's executive director Vincent Warren of Constitutional Rights, who works directly with people who have been tortured by the CIA, Haspel should not be indicted. Haspel's nomination was confirmed on May 17, 2018, despite the uproar, making her the first permanent female director of the CIA in history.

What is Gina Haspel’s net worth?

Gina Haspel has an approximate net worth of $2 million.

How much does Gina Haspel earn per year?

How tall is Gina Haspel?

How old is Gina Haspel?

Gina Haspel was born Gina Cheri Walker in Ashland, Kentucky, on October 1, 1956. Her father was a member of the US Air Force. Gina is one of the four siblings.
Haspel spent three years at the University of Kentucky. In May 1978, Haspel graduated from the University of Louisville with a Bachelor of Science in languages and journalism.
Haspel worked as a civilian library coordinator at Fort Devens in Massachusetts from 1980-1981. She graduated from Northeastern University with a paralegal certificate in 1982 and worked as a paralegal until she was hired by the CIA.

Who is Gina Haspel’s partner?

Gina Haspel married Jeff Haspel, a United States Army officer, in 1976. They got separated in 1985.

Gina Haspel joined the CIA as a reports officer in January 1985. She worked undercover in several countries, many of which she was station chief. Her first field assignment was in Ethiopia, Central Eurasia, and Turkey from 1987-1989. Haspel took several assignments in Europe and Central Eurasia from 1990-2001. Haspel was station chief in Baku, Azerbaijan, from 1996-1998.
Gina Haspel was tasked to oversee Detention Site GREEN, code-named Cat's Eye, a secret CIA prison in Thailand that detained detainees suspected of having linked with Al-Qaeda between October and December 2002.
After the September 11 attacks, the facility was part of the US government's extraordinary rendition program, which included advanced interrogation techniques including waterboarding, which are widely regarded torture, even though agency lawyers believed them legal at the time. Haspel took over as station commander after Abu Zubaydah's interrogation, according to a former senior CIA official but was chief during the waterboarding of Abd al-Rahim al-Nashiri.
Haspel has drawn criticism for her participation as the head of a CIA black site in Thailand in 2002, where detainees were tortured using so-called 'enhanced interrogation techniques', such as waterboarding, which is widely regarded as torture.
The Bush Administration thought the practices permissible at the time, based on a collection of secret, now-rescinded legal opinions that defined executive authority broadly and torture narrowly.
Gina Haspel's engagement in torture techniques was confirmed in August 2018 when the George Washington University National Security Archive submitted a Freedom of Information lawsuit revealing CIA cables that were either authorized or written by Haspel while she was base chief at the Thailand black site.
Haspel was named Deputy Group Chief, Counterterrorism Center, from 2001- 2003. Republican Senator and former presidential candidate John McCain demanded that Haspel describe her involvement in the CIA's detention program from 2001-2009, including whether she directed the use of the so-called 'enhanced interrogation technique' and her role in the 2005 destruction of interrogation videotapes.
Gina Haspel was the Deputy Chief of the National Resources Division from 2004-2005. Haspel served as the Director of the National Clandestine Service, Jose Rodriguez's chief of staff. In response to rising public scrutiny of the program, Haspel produced a cable in 2005 asking for the erasure of dozens of videotapes made at the black site in Thailand, according to Rodriguez's autobiography.
Haspel stated that the tapes were destroyed to protect the identity of CIA officers whose faces were seen at a period when US intelligence leaks were common during her Senate confirmation hearing to lead the agency.
Haspel worked as an operations officer in the Counterterrorism Center outside Washington, DC after serving in Thailand. She went on to be the CIA's station head in London and, later, New York.
On May 16, the Senate Intelligence Committee voted 10–5 in favor of Gina Haspel's confirmation, with two Democrats voting yes. Haspel was confirmed by the entire Senate the next day, 54–45, primarily along party lines. Only Republicans Ron Paul and Jeff Flake of Arizona voted no, while six Democrats voted yes: Joe Manchin, Joe Donnelly, Heidi Heitkamp of North Dakota, Mark Warner, Jeanne Shaheen of New Hampshire, and Bill Nelson of Florida.
Haspel was named acting Director of the National Clandestine Service, which conducts covert operations worldwide, by John Brennan, then the Director of Central Intelligence.
After the US Senate Select Committee's report on torture by US intelligence agencies was released on December 17, 2014, the European Center for Constitutional and Human Rights (ECCHR) filed criminal charges against anonymous CIA agents.
On June 7, 2017, the ECCHR demanded that Germany's Public Prosecutor General issue an arrest warrant for Haspel in connection with claims that she oversaw the torture of terrorism detainees. The charge against her is related to the Saudi national Abu Zubaydah.
President Donald Trump named Haspel as the CIA's Deputy Director on February 2, 2017, a position that does not require Senate confirmation.
On March 13, 2018, President Trump named Haspel as the new Director of the Central Intelligence Agency, succeeding Mike Pompeo as Secretary of State.
After being confirmed by the Senate, Haspel became the first woman to serve as permanent Director of the CIA. During this time, Meroe Park served as Associate Deputy Director from 2013-2017 and acting director for three days in January 2017.
Haspel stood before the Senate Intelligence Committee for a confirmation hearing on May 9, 2018. Former CIA analyst Gail Helt was told that some of the controversial torture recordings had not been wiped after all, according to Spencer Ackerman of The Daily Beast.
On May 9, 2018, the day before her confirmation vote, the New York Times revealed that Khalid Sheikh Mohammed, the 9/11 mastermind, had planned to provide six paragraphs of information for the Senate committee to review before voting.
Haspel took an oath as the first woman to serve as Director of the Central Intelligence Agency on a permanent basis on May 21, 2018.
Haspel claimed the CIA was 'pleased' with the Trump administration's expulsion of 61 Russian diplomats in March 2018 in retaliation to the poisoning of Sergei and Yulia Skripal during a Senate Intelligence Committee hearing on January 29, 2019. By May 2019, Haspel had employed several women in high-level posts.
Haspel also stated that the CIA had no objections to the Treasury Department's December 2018 decision to lift sanctions on three Russian entities linked to Russian businessman Oleg Deripaska, a close associate of Russian President Vladimir Putin.
Gina Haspel announced her resignation from the CIA after 36 years on January 19, 2021, one day before Donald Trump was replaced as President by Joe Biden.
Haspel threatened to leave as Donald Trump prepared to appoint Kash Patel, a former staffer to Rep. Devin Nunes (R-CA), as her deputy, but the plan was allegedly stopped at the last minute when she got to know of it. Trump seems to have developed a dislike for Haspel, who served as the chief of the CIA's London station under the previous director John Brennan. On January 11, Biden chose William Burns to succeed Haspel, pending Senate confirmation.

What awards has Gina Haspel won?

Haspel has won several awards, including the George H. W. Bush Award for Excellence in Counterterrorism, the Intelligence Medal of Merit, the Presidential Rank Award, and the Donovan Award.

Gina Haspel is a dog enthusiast. She adores singer-songwriter Johnny Cash so much that she had a large poster of him in her CIA office.