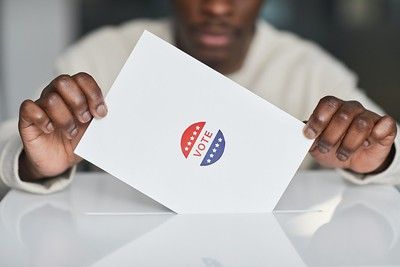 Koirala was born in Saharsa, a small village in the state of Bihar. He entered the world during the British Raj in 1924.

He was born in India due to his father's exile from Nepal. They returned to Nepal, Biratnagar, around India's independence. He was first recognized by politicians and the public in 1947 when he led the Biratnagar Jute Mill's Strike and further strengthened his identity by beginning a Nepal Mazdoor Congress in 1948. Koirala worked in the political scene of his country for over 60 years. During these 60 years, he served as the Prime Minister of Nepal for four seasons between 1991 and 2008, with alternating leaderships.

What was Girija Prashad Koirala’s net worth?

There are no exact details about Koirala's net worth but with a stronghold over the political structures of Nepal, a few resources suggest that his net worth ranged between $1-6 million at the time of his death.

How much did Girija Prashad Koirala earn per year?

There is no information available about Girija Babu's annual earnings.

How tall was Girija Prashad Koirala?

There are no public records of Girija Prasad Koirala's physical attributes.

How old was Girija Prashad Koirala?

Born on July 4, 1924, in Bihar, British Raj, Girija Prasad Koirala died due to asthma and pulmonary disease in Kathmandu, Nepal. His death occurred at the house of his daughter, Sujata Koirala, on March 10, 2010, making him 85 years old at his death.

Krishna Prasad Koirala, Girija's father, was exiled from Nepal due to a few political issues. Hence, Girija was born in 1924 in Bihar. There are no other specifics available about Girija's childhood and educational background. Girija had two elder brothers, Matrika Prasad Koirala and Bishweshwar Prasad Koirala.

Who was Girija Prashad Koirala’s partner?

In 1952, Girija Prasad Koirala met a local school headmistress named Sushma. They got married that year, and she took the name Sushma Koirala. Girija and Sushma Koirala had a daughter named Sujata Koirala. In 1967, Sushma met with an unfortunate accident and died, leaving Girija a widower.

Girija Prasad Koirala initiated his career in politics in 1947 with the Biratnagar Jute Mill worker's strike. He then started the Nepal Mazdoor Congress Party, popularly known as the Nepal Trade Union Congress-Independent. He and his party were exiled to India by King Mahendra from 1967-1979, after which Koirala served the Nepali Congress Party in many different roles.

Girija Prasad Koirala was elected for four seasons as the prime minister of the country. During his first term from 1991 to 1994, he helped enact legislation to liberate the media, education, and health sectors in Nepal. Purbanchal University, the B. P Koirala Insitute of Health Sciences, and the B.P. Koirala Memorial Cancer Hospital were introduced in the country. During this power drive, he called for a dissolution of the parliament which led to the rise of the communist party in power.

Krishna Prasad Bhattarai preceded him, and then he took over his second term from Sher Bahadur Deuba in April 1998 and served as prime minister until May 1999. From March 2000 to July 2001, his third term as a prime minister was quite a deal for the party. During this tenure, Nepal was facing a civil war. He was selected by the Seven Party Alliance to overrule the king's powers and let civilians rule the Army.

His fourth term as prime minister started in April 2006. In August 2008, the republic's declaration announced his resignation and submitted it to Ram Baran Yadav, the then serving president.

Along with being a four-time prime minister, Girija Koirala also acted as the Head of State of Nepal from January 2007 to July 2008. He is also known for his book 'Simple Convictions: My Struggle for Peace and Democracy'.

After his death, The Hindu described him as a national guardian. He received a lot of condolences from prominent politicians like Manmohan Singh, Baburam Bhattarai, and Ban Ki-Moon.

Girija Prasad Koirala contributed to many improvements in the country as the prime minister and as a political thinker. He focused on liberalizing media, education, and the health sector. Currently, there are a lot of donations and foundations under his name to support entrepreneurs, science, medical institutes, and passionate students.

Girija Prasad Koirala was awarded the Nepal Ratna Man Award in 2015 after his death. He was also recognized with the Bangladesh Liberation War Honour for his efforts.

He was also nominated for the Noble Peace Prize for bringing peace during the Maoist conflict.

Girija Prasad Koirala was always interested in political thoughts and ideas. However, there aren't many details about his hobbies apart from politics.

According to the Nepal house and country's records, Koirala was 86 years old at death. This was because Nepal considers a baby as one year old at birth.

We would love your help! If you have a photo of Girija Prashad Koirala, either of them alone or a selfie that you would be happy to share, please send it to [email protected]. If you have knowledge or information that you think would help us improve this article, please contact us.