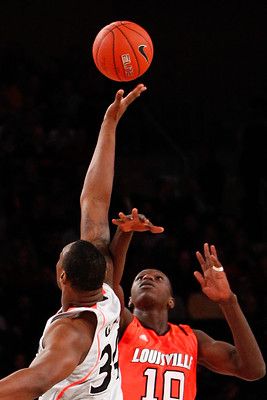 Gorgui Dieng's life seems to be the classic material for a rags to riches story.

Born Gorgui Sy Dieng, he attended the Sports for  Education and Economic Development Academy in Thies, Senegal. Gorgui’s story is nothing short of an inspirational Hollywood movie, from a rookie to his NBA debut.

From Senegal to the NBA, the basketball player made his trek to fame and money by proving his worth through numerous basketball tournaments, right from Africa to across the Atlantic. And after almost a decade of breaking records, making new ones, and scripting history since the young kid first started playing the game of organized hoops, Gorgui Dieng is creating waves of change back home in his birthplace.

Sure, he has earned enough of accolades and fame in these years, even a considerable amount of money since his senior season. Still, he never has any of these blinded the young African boy who grew up surrounded by the glaring truth of his nation. Gorgui Dieng relentlessly tries to give back to his country, attempting to modify Senegalese lives in any way he can.

What is Gorgui Dieng’s net worth?

Gorgui is one of the wealthiest and most popular basketball players. Invariably, he earns quite a lot from his basketball tournament and brand partnerships. Dieng’s current net worth is estimated to be around $32 million.

How much does Gorgui Dieng earn per year?

How tall is Gorgui Dieng?

How old is Gorgui Dieng?

Dieng attended high school at SEEDS, having a respectable GPA of 3.2. From there, Dieng was later invited to be amongst one of the 60 promising players in the 'Basketball Without Borders' program in South Africa in 2009. Dieng made a mark there, coming out as the MVP of the camp. Dieng moved to West Virginia to play under coach Rob Fulford in the following school year at Huntington Prep.

Who is Gorgui Dieng’s partner?

When it comes to his personal life, Dieng maintains a very low profile. Dieng is happily married to Amalia Dieng, also from Senegal, with whom he also has a son.

Apart from making a few appearances on red carpet events and Dieng's own charity program, Gorgui and his wife travel back home to Senegal in the off-season whenever possible.

Dieng’s career began right from when he transferred to West Virginia. With teams like Marquette, Marshall, Colorado, Louisville, and numerous others who recruited him, Rivals.com named Dieng a four-star recruit for the 2010 season.

Yet, when he came to Louisville, the NCAA Championship ruled him ineligible, and the team had to hold him off practice and workout sessions; later, the decision was revoked on appeal by the team. Thus began his college career with Louisville, where he played for both his first and second year, when he also started playing Center.

His record matching performance in his sophomore year, also creating school records for blocks, is probably what led the University of Louisville athletic department to name him the student representative in his senior year, after his teammate Kyle Kuric who had just graduated.

Later, in February 2020, after seven years of creating and breaking records for the Minnesota Timberwolves, Gorgui Dieng was traded to Memphis Grizzlies as a part of a three-team trade that had also involved the Miami Heat. In March 2021, three days after settling on a contract for a buyout agreement, Dieng signed with the San Antonio Spurs. Later that year, in August 2021, Gorgui Dieng signed his $4 million agreement with the Atlanta Hawks, where he plays currently.

Gorgui Dieng plays as the center and is best known for his blocks on the court as he charts the lithe movements up and down the court, even in his 6 ft tall body.

Gorgui Dieng is primarily known for his charitable endeavors. Back home, Dieng is known more for his philanthropic endeavors than for his moves on the basketball court. Gorgui Dieng had set up the Gorgui Dieng Foundation in 2015, in close ties with Atlanta-based health-oriented non-profit organization MATTER. Since then, Gorgui Dieng has successfully made a larger impact on improving living standards in Senegal. His work goes way beyond basketball, creating changes in agriculture, health, and nutrition.

With this work in mind, the Diengs travel back home every offseason; he likes seeing what is lacking for himself, consulting with the government officials, and trying to make improvements with funding in those channels. Taking care of an entire country on your own is an almost impossible task. Still, Gorgui Dieng uses his position of privilege as and when he can, leveraging his fame, connections, and wealth for the sake of his country's welfare.

What awards has Gorgui Dieng won?

Not much is known about Gorgui Dieng's hobbies or interests, as he prefers to keep a low profile when it comes to his personal life.