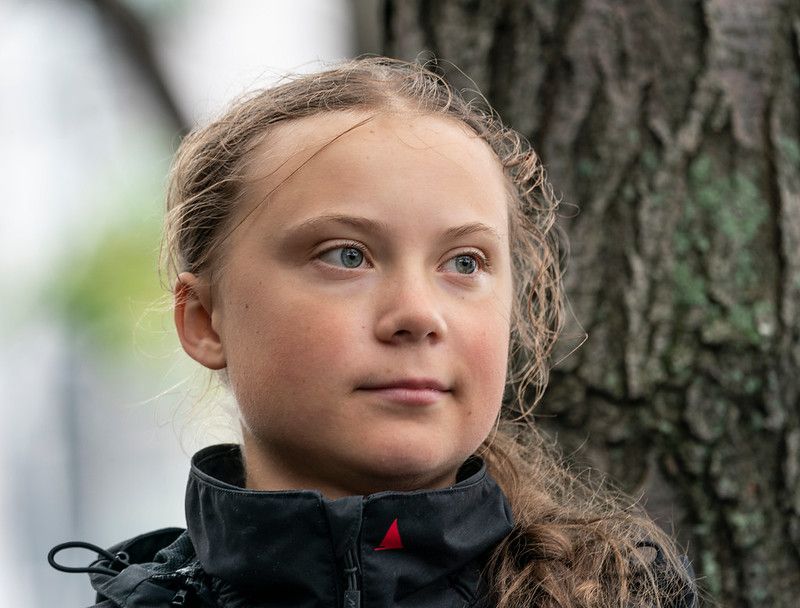 The Swedish eco-activist Greta Tintin Eleonora Ernman Thunberg is famous for pressuring world leaders to take immediate steps in tackling climate change and adopting carbon reduction measures.
Thunberg’s passion started when she pushed her parents to follow eco-friendly lifestyle decisions. Thunberg feels that global warming is causing the human race to face a survival problem.
She regularly responds openly to political and corporate leaders regarding their inability to initiate collective action, using gruesome metaphors to underline her worries. Thunberg appeared in the music video ‘Retrograde’ in 2020 as a fortune teller. Nathan Grossman’s Hulu documentary ‘I Am Greta’ was made on her story. Her net worth enhances by the prize money she receives. Please continue reading to know her story!

What is Greta Thunberg’s net worth?

Thunberg’s net worth is $1 million.

How much does Greta Thunberg earn per year?

Thunberg’s annual income is not revealed.

How tall is Greta Thunberg?

How old is Greta Thunberg?

Thunberg was born in Stockholm, Sweden to her father, Svante Thunberg, a Swedish actor, and mother, Malena Ernman, an opera singer. From her early life, Thunberg acquired an interest in the issue of climate change and became a part of climate activism.
Thunberg was 8 when she first became aware of environmental issues. She felt devastated as a result of this problem. She suffered from obsessive-compulsive disorder, Asperger syndrome, and selective mutism. This prompted her decision to become a vegan in 2015.
She battled severe depression for a long time earlier, skipping school to participate in climate protests. Between 2010-2018, she attended Franska Skolan, a school in Stockholm, Sweden. After that, she attended Kringlaskolan, completing ninth grade in 2019.
According to a few sources, she briefly attended the University of Gothenburg and has been more focused on saving the Earth.

Who is Greta Thunberg dating?

Thunberg is not dating anyone at present.

Thunberg, then a ninth-grader, chose not to go to school until the 2018 Swedish national election on September 9 got over. Her movement started after forecasting the hottest summer Sweden might face in 262 years, with heatwaves and forest fires.
Her objectives for the Swedish parliament recommended cutting CO2 emissions in keeping with the Paris Agreement. She displayed a placard that declared ‘Skolstrejk för klimate’, meaning school strike for climate, calling for stricter climate policy.
Thunberg’s involvement grew from individual protesting to participating in rallies around Europe, giving multiple public speeches, and organizing her large number of social media followers after October 2018.
Thunberg kept demonstrating only on Fridays after December 2018 general election. She encouraged students all across the world to participate in student strikes. And over 20,000 students staged strikes in about 270 locations that month.
In 2019, she spent her sabbatical year on a transatlantic journey from Plymouth, UK, to New York City, America, to participate in the climate change meeting. She traveled aboard the racing yacht Malizia II, outfitted with undersea propellers and solar panels to make the journey carbon-free.
Thunberg joined the United Nations Climate Action Summit in New York City on September 23, 2019. She was among 15 youngsters who spoke at a press conference held by UNICEF that day. They filed an official complaint against five nations’ failure to fulfill carbon reduction goals.
Climate change issues influenced the European Parliament election in May 2019, when Green parties got their highest win ever, increasing their MEP seat count from 52 to 72. Thunberg’s initiatives for climate change resulted in the growth of children’s books about environmental conservation being published and sold.
In 2019, a 4% reduction in local air travel was recorded in Sweden, indicating public concern about carbon emissions. More people began to use public transportation such as rail over private vehicles.

Thunberg has donated a fraction of the $1.14 million from the Gulbenkian Prize for the coronavirus fight at the Brazilian Amazon.
She also offered $100,000 from another Human Act Award to the United Nations Children’s Fund for helping kids affected by COVID-19.

What awards has Greta Thunberg won?

Thunberg was awarded the first Gulbenkian Prize for Humanity.
She has earned Swedish Woman Of The Year and Time Person Of The Year honors in 2019.
In the same year, she was awarded the Rachel Carson Award, Ambassador Of Conscience Award, International Children’s Peace Award, Fritt Ord Award, and Right Livelihood Award.
The University of British Columbia, Okanagan Campus, has awarded her an honorary Doctor of Laws (LLD).
Main image credit: lev radin / Shutterstock.com