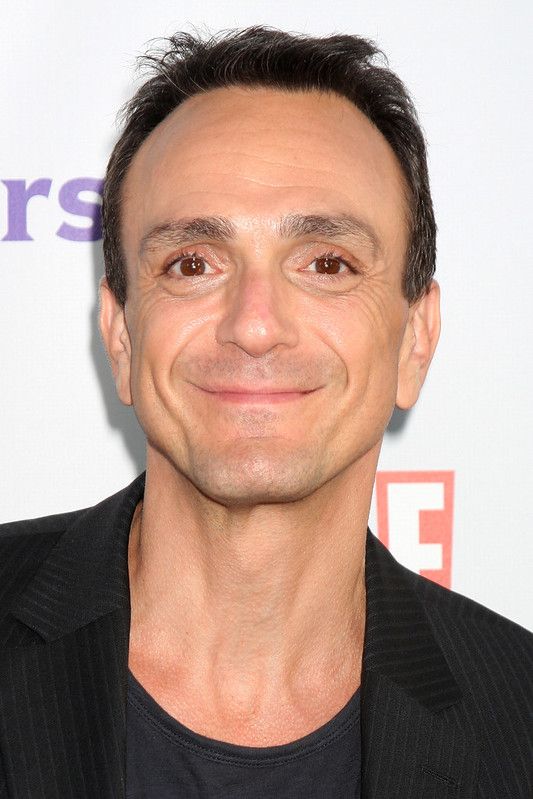 Hank Azaria is popular for his work in the animated TV comedy series 'The Simpsons'. The series has been on the air since 1989.

'The Simpsons' is a tremendously popular series created by Matt Groening. It is renowned for its satirical portrayal of working-class life and parodies of American culture and society. Azaria is also well-known for his roles in a number of movies. Some of them are 'The Smurfs', 'Godzilla', and 'Run Fatboy Run. In the American comedy series 'Mad About You', he also had a prominent supporting part.

Hank played the protagonist in the American comedy series 'Huff'. He has received widespread praise for his television work. Hank is the recipient of six Emmy Awards. He produced and directed the short film 'Nobody's Perfect'. Hank played the lead in the movie as well.

Some of his other acting credits include movies like 'The Birdcage', 'America's Sweethearts', 'Along Came Polly', and 'Night at the Museum: Battle of the Smithsonian'. In addition to performing, he is also recognized for his poker skills. He has made two appearances on the popular 'Celebrity Poker Showdown' in America.

Hank appeared in the well-known stage production of 'Spamalot'. Hank was also nominated for a Tony Award for Best Actor in a Musical for his role. Hank also starred as the title character in 'Brockmire'. He also had recurring roles on the television show 'Friends'. Hank began his career as a comedy actor. However, he has since embraced more tragic roles, along with his work as a voice actor and director.

In this article, let us learn all about Hank Azaria, his net worth, income, personal life, career, and more. Keep reading!

What is Hank Azaria’s net worth?

Hank Azaria is a famous professional actor from the United States. He has an estimated net worth of $90 million.

How much does Hank Azaria earn per year?

How tall is Hank Azaria?

How old is Hank Azaria?

Azaria used to often memorize the dialogue from the movies, television programs, and stand-up comedy routines he loved. Azaria went to The Kew-Forest School in the Forest Hills part of Queens.

After appearing in a play at school when he was 16, he made the decision to pursue acting. He put his academic education on hold in order to pursue his passion. His parents' shared passion for the entertainment industry served as another motivation for him to pursue acting.

Azaria's friends call him 'the freakish mimic' because of his prodigious ability to instantaneously duplicate practically anyone's voice. When he was younger, he thought everyone was capable of doing this. However, he subsequently discovered that it was a rare gift.

From 1981 to 1985, Hank pursued a degree in theater at Tufts University. This is where he encountered actor Oliver Platt. Together, they appeared in many undergraduate plays. They performed together in 'The Merchant of Venice'.

Azaria then enrolled in a training program at the American Academy of Dramatic Arts. Even though he didn't think his passion would be a success, Azaria made the decision to become a professional actor so he wouldn't regret not giving it a go in the future.

When he was 17 years old, Hank got his first acting gig. It was in an Italian television commercial.

Hank and Platt founded a group named Big Theatre. They founded it with the intention of working primarily as theater actors.

After being offered employment with talent agent Harry Gold, Azaria relocated to Los Angeles. He realized that television was a better industry with more opportunities.

Who are Hank Azaria's parents?

Azaria's mother worked as a Columbia Pictures publicist before being married to his father. She promoted movies in Latin American nations. His mother was fluent in both English and Spanish.

Who is Hank Azaria’s partner?

Early in the '90s, Hank Azaria dated Julie Warner. She was an actress.

Hank then began dating Helen Hunt, another actress. The couple got married in 1999. However, a year after, the couple split up.

Azaria relocated to Los Angeles from New York after joining up with talent agent Harry Gold. He was cast in a small role for his TV debut. Hank acted on the television pilot of the American comedy-drama series 'Joe Bash' in 1986. However, his part was ultimately cut out.

Although he didn't earn much recognization for the part, it did help Azaria become accepted into the Screen Actors Guild. He obtained small parts in television programs including 'Family Ties' and 'Growing Pains' during the next couple of years. Azaria performed stand-up comedy and worked as a bartender to help support himself during this period.

Hank Azaria was added to the cast as a regular actor. He lent his voice to a variety of roles, including Superintendent Chalmers, Professor Frink, Cletus Spuckler, Lou, Comic book guy, and Kirk Van Houten. According to Azaria, he usually draws his inspiration for the character voices from real-world situations.

In addition to Al Pacino, Hank also used Sylvester Stallone, Charles Bronson, Jerry Lewis, and William H. Macy as models for his voice acting. Azaria performed in both the television show and 'The Simpsons Movie' in 2007.

Azaria received much acclaim and recognition for his body of work on 'The Simpsons'. He received six Emmy nominations in the Outstanding Voice-Over Performance category. He ended up winning in 1998, 2001, 2003, and 2015.

Aside from 'The Simpsons', Azaria has contributed to many live-action movies. In 'Pretty Woman', Azaria made his debut as an actor. He performed the role of a police investigator. Additionally, he had a part in the 1994 movie 'Quiz Show'. The movie was nominated for the Best Picture Oscar. Azaria was nominated for a Screen Actors Guild Award for Outstanding Performance by a Male Actor in a Supporting Part. He was nominated in 1996 for his work in 'The Birdcage'.

Azaria kept being cast in movies throughout the late '90s. He appeared in 'Great Expectations', 'Heat', and 'Grosse Pointe Blank'/ He also played the lead in the 1998 adaption of 'Godzilla'. A year later, he played journalist and novelist Mitch Albom. He played the role in the 'Tuesdays with Morrie' TV film. Hank was nominated for a Primetime Emmy for Outstanding Supporting Actor in a Miniseries or a Movie. Azaria has also worked on other movies. He has been in movies such as 'Night at the Museum: Battle of the Smithsonian', 'Run Fatboy Run', and 'Love & Other Drugs'.

Aside from 'The Simpsons', Azaria has also performed as a voice actor in a variety of other projects. He performed voice roles for Venom in 'Spider-Man: The Animated Series' and Bartok in 'Anastasia'. He also played characters in 'Happy Feet Two', 'Bordertown' and 'Hop'.

Azaria portrayed the main character in the television series 'Huff'. He portrayed a psychiatrist whose life changes after a young client kills himself in his clinic.

Additionally, he is well-known for his performance in the popular animated comedy film titled 'The Smurfs'.

Azaria directed and wrote a short film in 2002. It is titled 'Nobody's Perfect'. The film was recognized at the US Comedy Arts Festival. It won the Film Discovery Jury Award for Best Short.

Hank has confirmed to direct 'Outsourced'. It is a movie about two American employees who go to reclaim their jobs after their manufacturing is relocated to Mexico. The movie came out in 2007

Hank Azaria co-founded the organization named 'Determined to Succeed'. It is a charity organization that supports education.

What awards has Hank Azaria won?

Hank Azaria is also a recipient of the Screen Actors Guild Award and the Annie Award.

Hank Azaria loves poker, and he also regularly plays during his free time. He made two appearances on 'Celebrity Poker Showdown'. He has even played in other tournaments. In the 2010 World Series of Poker main event, he came up just short of the bubble.