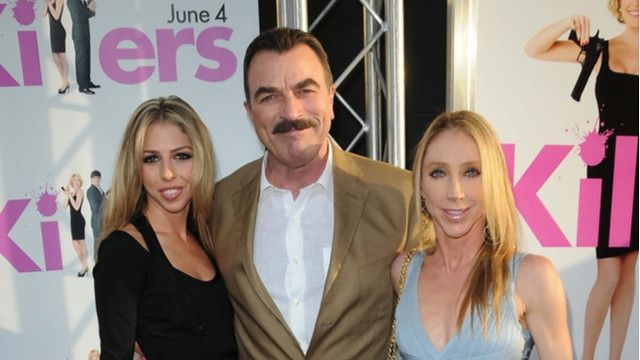 Hannah Selleck is the daughter of a well-respected and famous Hollywood actor named Tom Selleck.

Hannah has a very famous father, Tom Selleck, who has acted in world-famous movies such as 'Magnum PI' (as Thomas Magnum) as well as 'Blue Bloods'. Hannah is the only daughter who is biological for Tom Selleck along with his wife, Jillie Mack.

Being born into a famous and rich family of Hollywood stars, her parents wanted to give her a 'normal' upbringing as possible. Hence even though she was destined for a life of comfort and luxury, she had to work hard to make her own career and earn her own money. To achieve this, the family moved from Hollywood to the suburbs of Los Angeles.

From a young age, Hannah was interested in horse riding. She has previously stated that meeting horses was love at first sight for her. It was to her advantage that her father, Tom Selleck, already knew horse riding due to some roles in his movies like 'Quigley Down Under' as well as 'The Sacketts'. Since the age of four, she started to ride horses and accompany her father in his horse breeding hobby. Eventually, unlike her parents and brother, Kevin Selleck, she chose to step into the career of horse riding as a horse rider.

What is Hannah Margaret Selleck’s net worth?

It has been estimated that the approximate net worth of Hannah Margaret Selleck is in the range of $1- $ 5 million.

How much does Hannah Margaret Selleck earn per year?

The estimated yearly earnings of the Instagram influencer, dancer, and model are not known.

How tall is Hannah Margaret Selleck?

How old is Hannah Margaret Selleck?

The model and daughter of British actress Jillie Jean named Hannah Margaret Selleck was born on December 16, 1988, in California. As of 2021, the world-famous horse rider, as well as a breeder, is 33 years of age.

Hannah was born on December 16, in the year 1988. Her parents are Jillie Joan Mack and Tom Selleck. Jillie was a dancer and an actress, while Tom was an actor. Jillie was his second wife after his divorce from Jacqueline Ray. With his first marriage, he has an adopted son named Kevin Selleck. Hannah is very close with his half-brother Kevin. The family lives in California.

Kevin is an actor, while she is a horse breeder and a horse rider. She started to ride horses at the age of four years and started competing at 12 years of age. She has attended Loyola University and graduated with a degree in Communication Studies. She also did an internship at a Beverly Hills firm in the department of public relations for six whole months. Eventually, when she decided to start her career in horse riding, she trained at the famous Foxfield Riding School located in Westlake Village in California.

Who is Hannah Margaret Selleck dating?

Hannah Margaret Selleck is currently said to be in a loving relationship with Ben Gutierrez. Hannah is a very private person, and hence much about her personal life is unknown to the public.

Hannah is a famous Horse rider and a horse breeder. She has her own business, along with her father, Tom Selleck, in breeding horses. They have a business named Descanso Farm’s boutique with horse breeding stables that produce top-quality horses for sports competitions. They are either sold or kept for her own personal use.

Hannah is a very charitable person. She is hence involved in numerous charities and allied activities. She has been to many events, such as philanthropic activities, to provide succor to people who are less privileged. She is also a Charity Ambassador for the international organization called Justworld International. The organization aims at helping children living in impoverished countries around the world. Since then, she has also launched a campaign called parachute campaign in order to raise funds for the charity.

She also won another gold medal in 2008 while being a part of the U.S. Equestrian Federation Show Jumping Talent Search Finals. Moreover, she has also won the Pessoa/USEF (United States Equestrian Finals) Medal Finals by finishing at the second-place during the 2007 competitions.

She has also been a winner of the Capital Challenge competition that happened in 2006. She has also been a competitor at the Class II Grand Prix. Apart from that, in 2015 as well as 2011, she won many medals in the Gucci Masters tournaments.

Hannah Margaret Selleck loves to travel in her leisure time. She also loves to spend time with her horses and go horse riding. She also loves spending time on social media. She loves ice skating as well as dancing.