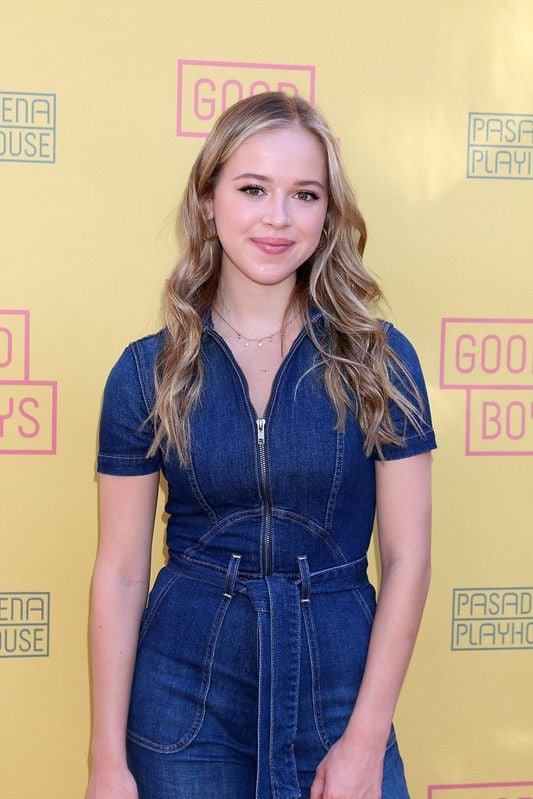 Born on September 16, 2002, Holly Barrett grew up living in Perth, Australia.
Although Holly Barrett grew up in Perth, Western Australia, she is of British descent. Holly Barrett is a common face on American television owing to her popular role in CBS' Life In Pieces'.
The Western Australia-born actress took an interest in acting from a very young age and notably played 'Dixie' at the age of eight in a stage production of the well-known 'Cat On A Hot Tin Roof'. The 19-year-old also has a considerable fan following on her social media handles, with over 35 o00 followers on her Instagram account. Holly currently lives in California. Scroll down to learn more about the personal and professional life of Holly Barrett.

What is Holly Barrett’s net worth?

Holly Barrett is establishing herself in Hollywood at the moment and has already amassed a net worth of around $600,000.

How much does Holly Barrett earn per year?

The annual income of Holly Barrett is fairly unknown, but it largely depends upon her projects and other gigs.

How tall is Holly Barrett?

How old is Holly Barrett?

Holly Barrett is known to have spent her childhood living with her parents, Shane Barrett and Jen Barrett. The Australian-born actress is believed to have completed her schooling already, but not much is known about her educational qualifications.

Who is Holly Barrett dating?

Holly Barrett is believed to be currently single as there is no information about her dating anyone.

Holly Barrett is best recognized for playing the role of 'Samantha' in the CBS series 'Life In Pieces' which has earned her great praise and fame over the years.

It is believed that Holly Barrett loves to go on hikes, swim, play hockey, and take her dog for a walk. She also likes to cook occasionally.

The family life of Holly Barrett revolves around her parents, Jen Barrett and Shane Barrett, as she is not believed to have any siblings or any close form of extended family.
The Perth, Australia-born actress has played various roles till date. Holly Barrett once played the role of the daughter of Kristin Davis at the world premiere of the famous play 'Fatal Attraction'.
Did you know that Holly was offered to read for a lead role in a 'JJ Abrams' pilot, but unfortunately, she soon returned to London as she couldn't land the role. The Perth-born actress has also appeared as a guest star and in a supporting role in the past.