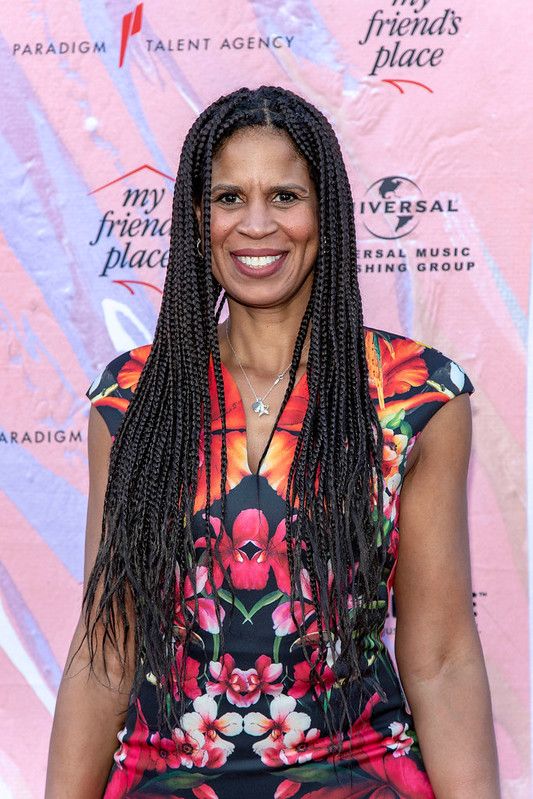 The reality star gained recognition when she starred alongside her daughter, Nia Sioux, on the popular show 'Dance Moms'.
Holly Frazier is also a motivational speaker, former Principal, and education expert. Holly Frazier also happens to be the host of a podcast show titled 'Because Mom Said So'.
Holly Frazier is believed to be a well-educated woman whose passion lies in providing the youth with the correct perspective and direction in their life. Holly Frazier had recognized her daughter, Nia Sioux's talent in dance and provided her with all the available opportunities and facilities for her to excel. Holly Frazier enrolled Nia at the famous 'Abby Lee's Dance School' for her to excel and develop her talent. Although mid-way, Holly Frazier felt that Nia wasn't getting the proper attention of Abby Lee and had been vocal about the same. Apart from her daughter, Holly Frazier is also the mother of two sons and, at the same time, holds a master's degree. Scroll down to learn more about this reality star who hogged the limelight through her performances in the popular reality show 'Dance Moms'.

What is Holly Frazier's net worth?

Holly Frazier is believed to have a net worth of around $1 million.

How much does Holly Frazier earn per year?

The annual income of Holly Frazier is undisclosed at the moment. Still, she is believed to have built most of her net worth from her appearances on the reality TV show and her Instagram account, owing to over 2.2 million followers.

How tall is Holly Frazier?

How old is Holly Frazier?

Holly Frazier was born in Pennsylvania, the USA, on May 11, 1970, to a couple hailing from Bronx, New York. During her early life, Holly Frazier liked reading books and undertook studies on the topics of African music and dance for her undergraduate degree. At the same time, she was also a part of a dance group where she performed African dances. Holly Frazier then joined Williams College to complete her bachelor's degree in 'History and American Studies'. Holly also acquired a Master's degree in 'Public Management in Education Leadership' for which she joined the H John Heinz III School of Public Policy and Management at Carnegie Mellon University. She further completed her 'Doctorate in Education' at the University of Pennsylvania and was addressed as Dr. Holly on the show 'Dance Moms'.

Who is Holly Frazier's partner?

Holly Frazier married Evan Frazier Sr. on August 12, 1995. The couple has lived happily ever since and is now parents to three children, including a daughter and a couple of sons. Her children's names are Nia Frazier, Evan Frazier, and William Frazier.

Holly Frazier is best recognized for her time on the reality show 'Dance Moms' where she was noted as 'The Rational One' for her calm and sturdy behavior and reputation. Holly further turned into a social media star by gathering over two million followers on her Instagram account.

Holly Frazier took Latin and Spanish classes in New York City from a specialized school for humanities.
Some of Holly Frazier's favorite delicacies include macaroni and cheese, baked ziti, and sweet potato pie.
The Pennsylvania-born reality star was born to a New York-based couple, but little is known about her parents. Holly Frazier is the mother to a daughter, Nia Sioux, who is currently 20 years old, and two sons, Evan Junior and William.
Holly Frazier rose to stardom following her time on the reality show 'Dance Moms' for which she didn't only enroll her daughter at Abby Lee's Dance Studio. Still, she took dance lessons from the renowned dancer 'Vicki Sheer' to excel in the reality show. Holly Frazier has also starred in Todrick Hall's 2014 music video 'Freaks Like Me'.
The reality TV star gained further fame when she debuted her book 'Moments of Clarity', talking about some of the lessons she had learned. Apart from her life in stardom, Holly Frazier looks to continue her career as a motivational speaker and educational consultant.
Holly is believed to have been in the teaching profession for around 20 years and has administrative experience at school levels. Currently, Holly Frazier is an active member of the Pittsburgh Community and is a board member of 'The Children's Institute' and the city's YWCA.