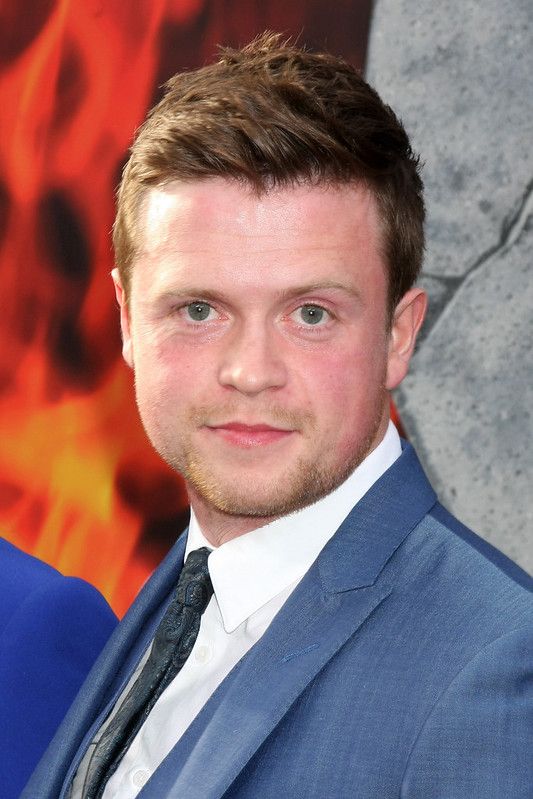 Hugo Johnstone-Burt is a well-known movie actor, who was born in Edinburgh, Scotland, in 1987.

He made his name on the small screen in 'Home and Away' and 'Miss Fisher's Murder Mysteries'. In 2016, he found his way back to television with 'The Wrong Girl'.

The young actor, Hugo Kingsley Johnstone-Burt, is an actor of Scottish descent. He was born in Edinburgh, Scotland, but was raised in Sydney, Australia. After enrolling in his first drama class, he chose to pursue a career as an actor. In 2009, Johnstone-Burt received his Bachelor's degree from the NIDA (National Institute of Dramatic Art). Before being cast as Fish Lamb in 'Cloudstreet', he had brief appearances in dramas, 'Rake of Australia' and 'Underbelly: The Golden Mile', as a young thug.

What is Hugo Johnstone-Burt's net worth?

Hugo Johnstone-Burt has an estimated net worth of around $1.5 million.

How much does Hugo Johnstone-Burt earn per year?

The exact annual income of Johnstone-Burt is not known and will vary depending on his roles.

How tall is Hugo Johnstone-Burt?

How old is Hugo Johnstone-Burt?

Johnstone-Burt was initially born in the Scottish city of Edinburgh and at the age of 2, his family decided to relocate to Australia, so he grew up in Sydney. His parents were in the navy, his sister grew up to be a lawyer, while his brother joined the army. He has stated that he was a bit of a joker and loved to mess around with people and make them laugh.

Johnstone-Burt auditioned for the National Institute of Dramatic Art at 18 years old, after graduating from Barker College, with his parents' encouragement and support. He participated in a graduation play, 'The Importance of Being Earnest', for which he received appreciation from his classmates and seniors.

Who is Hugo Johnstone-Burt dating?

Johnstone-Burt announced through his social media accounts that he has been dating Julie Snook, a reporter with Nine News and the couple got engaged in 2019.

Johnstone-Burt appeared in the cast of the drama series, 'Tricky Business', in March 2012. Later that month, Johnstone-Burt announced that he had recorded a cameo appearance for 'Home and Away'. The actor described Jamie Sharpe, his character, as 'an incredibly creepy stalker type'. In the musical drama film, 'Goddess', he co-starred with Magda Szubanski.

Following that, he played a role in John Duigan's film, 'Careless Love', as Seb. He also attended Pilot Season in Hollywood, where he auditioned for various new television series and movies. 'Miss Fisher's Murder Mysteries', a drama series based on the historical mysteries of Kerry Greenwood's Phryne Fisher, starred Johnstone-Burt as Constable Hugh Collins. He reprised his role in 'Miss Fisher's Murder Mysteries', which was extended for a second season.

Johnstone-Burt further reprised his role of Hugh, for the third season of 'Miss Fisher's Murder Mysteries', and then co-starred opposite Dwayne Johnson in the feature film, 'San Andreas'. From September 28, 2016, Johnstone-Burt was seen in the Network Ten drama, 'The Wrong Girl'.

What awards has Hugo Johnstone-Burt won?

At the 2012 ASTRA Awards, Johnstone-Burt received nominations for Best New Talent and the Most Outstanding Performance by an Actor, for his work in the film, 'Cloudstreet'. Johnstone-Burt was also listed in the 'Herald Sun' list of 11 Faces To Watch in 2011.