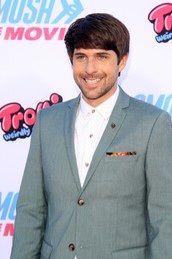 He was born in Sacramento, California, USA. His parents are Stephan Andrew Hecox and Sharon Hecox.

Smosh released its mobile app in February 2014 to give people access to all the Smosh videos and different content from the website. They even launched an Xbox app in late 2014. A fan-made channel called Smosh France became one of their official channels in 2014. Smosh announced their new cast in 2015, which were Keith Leak II, Courtney Miller, Noah Grossman, Olivia Sui, and Shayne Topp.

What is Ian Hecox's net worth?

With such a successful career and fame, the net worth of Ian Hecox is $18 million.

How much does Ian Hecox earn per year?

The per-year income estimate of Ian Hecox is not known yet, as he has not declared anything officially as of 2022. However, his successful career as a YouTube star has ensured that he earns well.

How tall is Ian Hecox?

How old is Ian Hecox?

Ian Hecox is originally from California, in the USA. His original name is Ian Andrew Hecox. He was born on November 30, 1987. Ian's mother is Sharon Hecox, and his father is Stephan Andrew Hecox. You can see his parents too in the videos on his YouTube channel. Ian has a sister as well, named Melissa Hecox, and a brother named Adrian Hendrix; sadly, Ian lost him in a motorcycle accident.

Ian Hecox has completed his high school graduation from Del Campo High School in Fair Oaks. This was the time when he met his channel partner of Smosh named Anthony Padilla. They have both been together since the 6th-grade science class.

Very soon, Ian Hecox and Anthony Padilla started uploading some funny videos on YouTube, which eventually gave a turn to their channel and they rose to fame. Later, Ian Hecox went to the American River College but soon dropped out to work on the Smosh Channel and open other Smosh channels, too, like Smosh Games and others. Later, Anthony Padilla left the channel.

Who is Ian Hecox dating?

Ian Hecox was in a romantic relationship with Melanie Moat, who herself used to have a YouTube channel by the name 'Mostly Melanie'. After their breakup, Ian Hecox got romantically involved with Pamela Horton, who is a famous model, in 2014. The couple broke up, and judging by his social media, Ian appears to be single.

YouTube contacted Hecox and Padilla to collaborate with the expanding platform while in college in Sacramento.

Smosh was established as one of YouTube's early video comedy great successes, and their comedy took off immediately.

His family wanted to be there for him when he started his career as an online celebrity. Ian's mother has been an active participant in Hecox's career, starring in multiple videos and recurring roles on the channel.

Hecox's YouTube stardom led him to Melanie Moat, a fellow online star with whom he was involved romantically from 2007 until 2014 before splitting up.

Hecox went into a full-time career generating and producing material for Smosh and a number of other channels very soon after his rise to stardom as one of YouTube's first online sponsored artists.

Smosh's rise to fame has been spectacular, with the channel being among the top in terms of all-time views and subscriptions.

Hecox has expanded their business outside Smosh, collaborating with other internet celebrities and attempting Hollywood glory with films like 'Smosh-The Movie (directed by Alex Winter)' and 'Ghostmates.'

In 'The Angry Birds Movie,' Hecox reportedly voiced the character of Bubbles.

Smosh and Hecox's subsequent projects have continued to receive positive feedback from a number of sources.

Padilla and Hecox and Smosh overall have been recognized for and won honors such as Streamy Awards, Teen Choice Awards, the Annual Shorty Awards, the Webby Awards, and others.

Smosh's parent company, Defy Media, revealed in 2016 that it was shutting down, potentially ending Smosh's and Hecox's careers.

On the other hand, Hecox opted to move Smosh to a new place, eventually signing a deal with Mythical Entertainment in 2019.

While Padilla has left the Smosh group, Hecox continued developing the staff and generating content for the YouTube channel and its various platforms.

Smosh has continued to grow, with new YouTube channels focusing on a range of entertainment, music, and gaming niche industries being added on a regular basis.

Hecox and Smosh recently launched a Twitch broadcast account that is related to their popular gaming channel, which has since grown in popularity.

Ian Hecox is best known for founding Smosh games with his partner, Padilla. He also gave a voiceover for the 'Angry Birds' movie, which became quite famous. Apart from him, Jenna Marbles, Steve Austin, and others also gave their voices in the film.

The charity work done by Ian Hecox is not known yet.

What awards has Ian Hecox won?

We can see from his work history that he has received multiple awards. He has received recognition from a number of notable institutions and organizations.

His YouTube page has won numerous honors for his outstanding acting and comedy abilities. Some of the awards they are associated with are the Webby Awards, Social Star Awards, Annual Shorty Awards, Teen Choice Awards, and Streamy Awards.

In 2006, YouTube recognized him and his crew as the best comedians globally. They were presented with the Social Star award in 2013. Organizations honored them in 2014 by presenting awards such as the Steamy Award and Shorty Award.

They won the Webby Awards in 2006. They were recently honored as well, with two awards from Streamy.

The hobbies and interests of Ian Hecox, apart from creating animated videos and generating content for the channel, are not known yet.

'Pokémon Theme Music Video', one of Smosh's first videos, was published on November 28, 2005. It was shot in the same method as their previous videos, with the duo lip-syncing the Pokémon anime's original English theme song. The film, however, proved far more successful than any of its prior videos, with over 24 million views throughout the course of its lifespan, making it the most-viewed video on YouTube at the time. It retained the title until 'Evolution Of Dance' by Judson Laipply dethroned it. It was later taken down due to copyright issues.

Smosh was featured in Time Magazine's 'Person Of The Year: You' issue, published December 13, 2006, and on Time.com due to the popularity of their Pokémon video as well as other videos. The original Pokémon video was re-uploaded in March 2007 by a user named Andii2000, and it had about 15.9 million views as of November 2016. Because of the channel's continuous success and Smosh's connection with YouTube, the two remade that video in November 2010, modifying the words to criticize The Pokémon Company for removing the Pokémon theme video.

Hecox and Padilla post their series Smosh is Bored on Mondays, whereas the rest of their team post vlogs on Thursdays and Put It In My Mouth and Smosh's Seriously Super Stupid Sleepover on Saturday, all from the 'Smosh Pit'.

There are more than 5.8 million subscribers and 1.6 billion views on the channel. From April 2011 through August 2015, Mari Takahashi hosted a Saturday-only show on the channel called Smosh Pit Weekly.

The YouTube star appeared with Padilla for a special song on 'Epic Rap Battles Of History'.