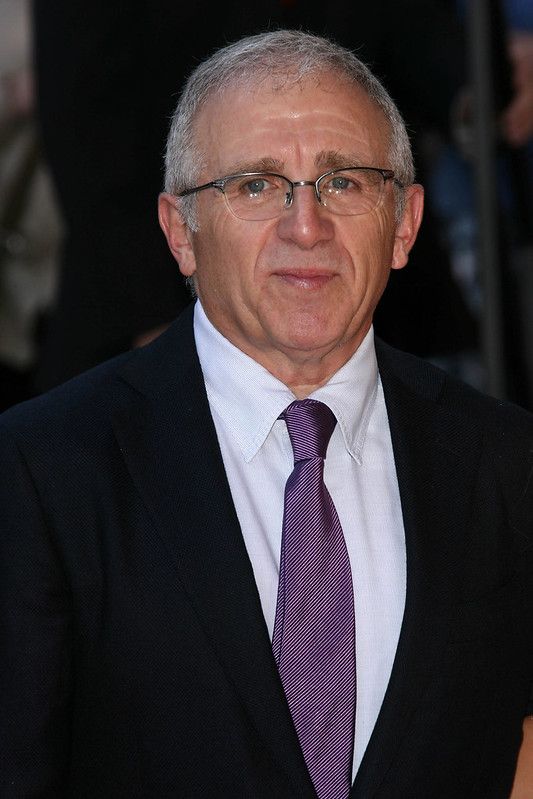 Azoff was born on December 12, 1947, and was raised in Danville, Illinois, where he spent most of his childhood. He started booking and promoting bands as a student while he was still studying in high school.

Over the years, Irving Azoff has worked in different management companies as a personal manager, concert promoter, music executive, music publisher, movie producer, agent record label owner, and CEO. He has also worked with celebrities like Bruno Mars, Bruce Springsteen, and John Lennon. Irving is the husband of Shelli Azoff, father of the CEO and founder of HYBE America, Jeffrey Azoff, and American photographer Cameron Azoff.

Discover more about Irving's bio, family, career, net worth, and other trivia facts.

What is Irving Azoff’s net worth?

Irving Azoff's net worth is approximately $400 million. He earns his income working in the entertainment industry.

How much does Irving Azoff earn per year?

Regarding Azoff's income per year, there is currently no information available.

How tall is Irving Azoff?

How old is Irving Azoff?

Irving Azoff celebrates his birthday on December 12. As of 2021, he became 74 years old.

Born to a family in the United States, Irving Azoff was born on December 12, 1947. He grew up with his family and spent his childhood in Danville, Illinois. Young Azoff attended Danville High School, where he started helping bands to get events even as a student. After his high school education, he got into the University of Illinois at Urbana-Champaign for his college education before starting his career in the entertainment industry.

Who is Irving Azoff’s partner?

Irving Azoff is best known as the chairman of Full Stop Management. He is also a prominent person in the entertainment and music industry.

Throughout his career, Irving worked in different companies filling in different positions. After completing his university education, Azoff moved to Los Angeles with his second-ever management client Dan Fogelberg in 1972. His first was the rock band REO Speedwagon in Champaign, Illinois. Azoff moved Geffen-Roberts Management, where he began a 40-year relationship with the Eagles, an American rock band founded in Los Angeles.

Irving Azoff joined Warner Music Group before starting Giant Records concentrating on artist management in the late '90s. Azoff co-produced some movies like the 1982 teen comedy-drama 'Fast Times At Ridgemont High'. The film adapted from a 1981 book with the same name was written by Cameron Crowe and directed by Amy Heckerling. Other movies include 'Urban Cowboy', 'Jack Frost', 'Above The Rim', and 'The Inkwell'. He is the executive producer of the 1999 film 'The Hurricane'.

Azoff founded Frontline Management Group, Inc. and was the Chief Executive Officer of the firm. However, in October 2008, Ticketmaster (a ticketing and marketing company) acquired Frontline. As part of the deal acquisition, Azoff became the CEO of Ticketmaster and then chairman of Live Nation in February 2011. Irving Azoff appeared in the 2012 documentary film 'Artifact'. The award-winning documentary film is about the modern music business focusing on the dispute between Thirty Seconds to Mars (Leto's rock band) and record label EMI. The documentary film was directed by Jared Leto and produced by Sisyphus (production company). That same year, he became a member of the boards for iHeart Communications Inc. and Starz LLC. Irving Azoff became the most powerful person in the music industry, topping Billboard Magazine's Power 100 in 2012.

In 2013, Global Music Rights was founded by Azoff. The performance rights organization manages and controls publishing for artists. Some of its top clients include celebrity artists like Bruno Mars, Bruce Springsteen, Post Malone, Shawn Mendes, and The Weekend. Irving Azoff also launched Azoff MSG Entertainment in collaboration with the Madison Square Garden Company (MSG) in September 2013. Apart from serving as the CEO and chairman of his venture, he served as a consultant to MSG, managing live event venues like Forum in Inglewood, California.

With American sports executive Tim Leiweke, Irving Azoff co-founded the Oak View Group in 2015. The firm deals in investment and development for the sports and entertainment industries. In 2018, Azoff co-founded the Iconic Artists Group with Oliver Chastan. The entertainment rights management company acquired David Crosby's catalog and a significant part of The Beach Boys' intellectual property. Azoff and his wife Shelli bought one of Los Angeles' oldest operating restaurants, The Apple Pan, in 2019. Together with a consortium of investors based in Los Angeles, they also bought Nate n' AI's founded in 1945. Azoff got inducted into the Rock and Roll Hall of Fame in January 2020 after winning the Ahmet Ertegun Award.

Irving Azoff spends most of his time managing his assets, handling his position roles in the different companies he works with, and consistently supporting and contributing to charities. Although Azoff and his long-time wife, Shelli Azoff, have lots of estates all over. The duo lives in Beverly Hills, California.

Irving and his wife, Shelli Azoff, are well known for donating and contributing to charities for the welfare of those they care about. Azoff is an avid supporter of charities like Children's Hospital Los Angeles, March of Dimes, and the TJ Martell Foundation. His donations and support for the charities help improve the health of individuals.

What awards has Irving Azoff won?