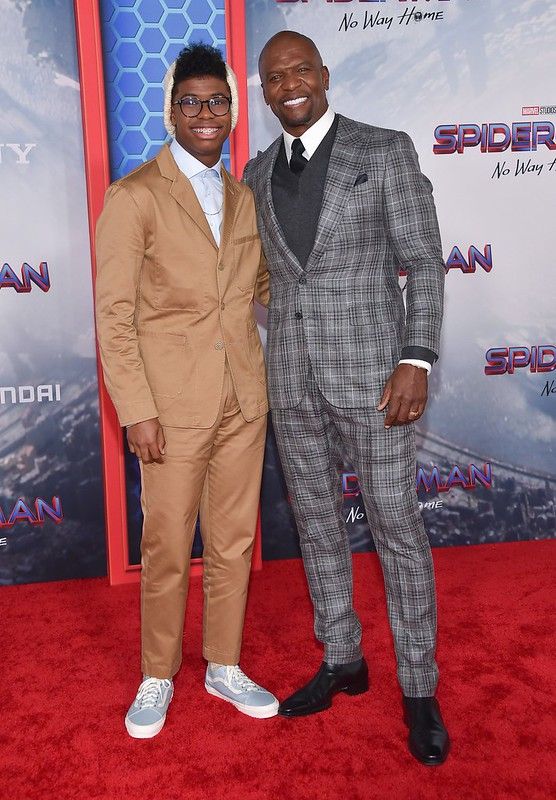 Isaiah Crews is an American actor, who is the son of a famous actor and reality show host, Terry Crews.
Though he first found fame as the son of a celebrity, the young star is making a name for himself by pursuing an acting career of his own. He joined the cast of the Nickelodeon show 'Side Hustle' in 2020 and has been going strong since.
Isaiah Crews fans hope to see him star in many more TV series and films in the future.
Keep reading to learn more about Isaiah Crews and his achievements!

What is Isaiah Crews' net worth?

As the young American actor has just started his career, he has a current net worth of around $500,000 and $1 million.

How much does Isaiah Crews earn per year?

Though Isaiah Crews' annual salary is unknown, it is estimated that he receives $150,00o per episode for his starring role in the TV series 'Side Hustle'.

How tall is Isaiah Crews?

Although he is still growing, Isaiah Crew's current height is around 5 ft 9 in (178 cm). His father, Terry Crews, is around 6 ft 2 in (188 cm) tall, so it's very likely that Isaiah Crew will be taller in the future as well.

How old Is Isaiah Crews?

Isaiah Crews was born on June 27, 2005, to former NFL linebacker and actor, Terry Crews, and his wife, Rebecca Crews. He was born in Flint, Michigan, in the United States of America.
Isaiah has shared that he aspired to become an actor at a very young age. Inspired by his father, Terry Crews would often take him and his siblings to movie and TV sets. Isaiah grew up under the influence of his celebrity parents as well as many other famous actors and actresses, which motivated him to follow in his father's footsteps. He has shared that he watched his father's show 'Brooklyn 99' and other projects to get a feel of comedic acting and timing, which he implements in his style of acting.
Isaiah is currently in high school and juggles his education alongside his blossoming acting career. He is part of his school's drama club and tennis team and is even a football player for their school. He has also played the lead in a few school plays, which is not surprising given his love and natural talent for acting. As he is focusing on his acting career, it is yet to be seen whether the young star plans to attend college or not after he receives his high school diploma.

He has four sisters: Azriel Crews, Wynfrey Crews, Tera Crews, and Naomi Burton-Crews.
He has also appeared on his family's reality show 'The Family Crews', which followed the lives of Terry Crews, Rebecca Crews, and their children. The show aired from 2010 to 2011.

Born in June, the young star kid has expressed an interest in acting since he was in elementary school, and finally received his big break in 2020 on 'Side Hustle', an ongoing comedy TV series on Nickelodeon. He portrays the character of Munchy and is one of the leads of the show.
Though the young actor currently only has one acting credit in his name, his fans are excited to see what big things he does in the future.
The American actor is quite popular with fans of his TV series and his father, Terry Crews. He has amassed more than 48,000 followers on his Instagram account, where he shares behind-the-scenes content on his projects and funny videos.

Apart from his obvious interest in acting and drama, Isaiah Crews is quite the athlete. He is part of his high school's tennis and football teams as well.