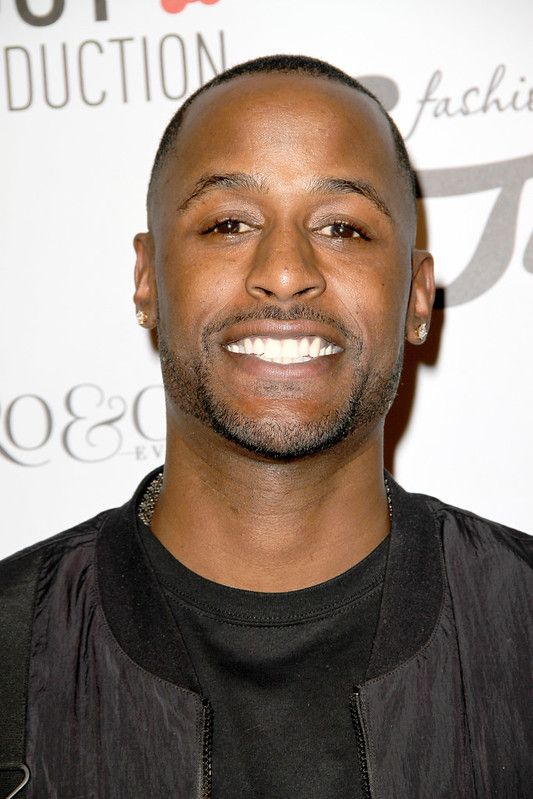 Jackie Long is a famous film actor, voice actor, and tv personality who is well-known for portraying notable roles in 'Idlewild', 'ATL', and 'The Parkers'.
Jackie Long has also worked as a voice actor in 'Grand Theft Auto V'. He has also appeared on the American reality show parody, 'Real Husbands Of Hollywood'.
Jackie Long is a famous musician, director, producer, and writer who is very active on social media sites. For his colorful roles in various films and tv shows, Jackie has also been nominated for a popular award.

What is Jackie Long’s net worth?

Jackie Long's net worth is approximately $1 million. His career in different facets, including acting and producing music, has brought in good fortune for him in a short period of time and is the main reason behind his huge net worth.

How much does Jackie Long earn per year?

Apart from his huge net worth, Jackie Long earns approximately $400,000 every year from his acting career.

How tall is Jackie Long?

How old is Jackie Long?

Jackie Long was born in Pasadena, California, the USA, on October 23, 1981. His zodiac sign is Scorpio. He has an older sister, but her name is unknown to the public. Other than this, we do not know anything about his parents.
Jackie Long studied at John Muir High School, where he was very active in different sports, including basketball, baseball, soccer, and track.
In his high school days, his peers chose him to be the most likely to succeed. To overcome stage fright, he began taking acting classes, and following that, he started bagging deals to appear in different commercials.

Who is Jackie Long dating?

Jackie Long is dating Angel Brinks, who is a Hollywood actress. They did not make it official for quite a long time, but the couple posted photos together on their social media handles. Jackie does not have any children to date.

Jackie Long started his acting career with many short films. Some of his short films are 'Death Of The Day', 'Seek & Hide', and 'A Compton Story'.
He initiated his acting career with 'The Parkers', an American television show, where he portrayed the role of Adam. Other than this, he has also appeared in many tv series and reality shows like 'Real Husbands Of Hollywood' (where he shared the screen with Nick Cannon), 'According to Him + Her', 'Games People Play', and the BET sitcom 'Let's Stay Together'.
Jackie Long's highlight moment from his career is when he played the role of Benjamin Gordon in 'ATL', a Will Smith-produced film. This movie was directed by Chris Robinson and created by James Lassiter, Tionne Walkins, and Jody Gerson. After releasing in March 2006, this movie made approximately $21.2 million at the box office. Additionally, Jackie Long played the role of a wide receiver in the film titled 'The Comebacks'. In the film 'Show Stoppers', this famous tv series actor played the role of Casino. In 2009, Jackie played the role of JJ in 'Hurricane Season'.
Apart from his film and television roles, Jackie long has also worked as a voice actor and did a voice-over in Rockstar Games 'Grand Theft Auto V'.
Other than his acting career, Jackie Long is also a musician, producer, and writer. Two of his popular music albums are 'Money Man' and 'Christian Rock, Vol. Eight', both of which are available on Apple Music. His first song is titled 'Gotta', and it is three minutes and 20 seconds long.

Jackie Long has been associated with various charitable works. He has also collaborated with the NAACP, the National Association for the Advancement of Colored People, and other non-profit organizations that work to inspire the youths located in urban areas.

What awards has Jackie Long won?

Jackie Long was nominated for the BTVA Video Game Voice Acting Award in the category Best Vocal Ensemble in a Video Game for 'Grand Theft Auto V' in 2014.

Jackie is very active on his social media sites, where he keeps on posting different types of videos, reels, and pictures. He is also active on the popular social media platform TikTok where he posts other funny videos.