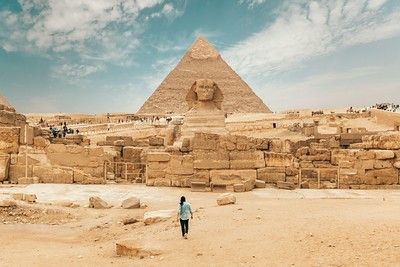 During one of the most trying periods in American history, James Buchanan was elected the president of the USA in the general election.

Buchanan's election reawakened the optimism that a compromise could be made on the subject of slavery. It was threatening to bring the country to the edge of national disaster.

However, Buchanan was unable to live up to these lofty expectations. He alienated both northern and southern republics in his attempts to negotiate peace. By the time Buchanan left office, the Southern states had proclaimed secession, severing the Union. This enhanced the chances of civil war breaking out.

Soon after becoming the president, Buchanan's misunderstanding of slavery's destructive significance in American domestic politics became clear. In the 1857 Dred Scott case, he zealously lobbied the Supreme Court to decide that Congress had no jurisdiction to ban slavery. He erroneously expected that Americans would accept the court's judgment as definitive, and the argument would be over.

In March 1861, Congress passed an amendment to the United States Constitution that exempted 'state domestic institutions' such as slavery from the constitutional amendment process and abolition or congressional involvement.

How tall is James Buchanan?

How old is James Buchanan?

James Buchanan was born James Buchanan Jr. in Cove Gap, Pennsylvania. Buchanan's father was a well-known trader, and his mother was an educated lady.

He acquired his early schooling at the Old Stone Academy. He then enrolled at Dickinson College and graduated with honors in 1809.

Following graduation, he moved to Lancaster, Pennsylvania. There he studied law and was admitted to the bar in 1812.

Who was James Buchanan's family?

James Buchanan was born to his parents, James Buchanan Sr. and Elizabeth Spear, in Pennsylvania. He was the second oldest of eleven children born to them.

Who was James Buchanan dating?

In 1819, Buchanan was betrothed to Ann Caroline Coleman. She was the heiress of a rich iron merchant.

Due to Buchanan's lengthy absences, Ann called off the engagement.

She died in December 1819, after a long period of depression. Her family felt Buchanan responsible, so he was not permitted to attend her burial.

As a consequence, Buchanan swore never to marry. He held the vow to the very end.

Buchanan's lengthy political career started in 1814. He was elected as a delegate of the Federalist Party to the Pennsylvania House of Representatives.

Buchanan later served in the United States House of Representatives for five consecutive sessions from 1821-1831. President Andrew Jackson selected Buchanan as the American ambassador to Russia in 1832. This assignment allowed Buchanan to demonstrate his diplomatic abilities.

In 1834, he returned to America and ran for a Senate seat as a Democrat, which he won.

Buchanan was a Senator for over 10 years. In 1845, he left office due to President James K. Polk's appointment as Secretary of State.

In 1852, he competed for the Democratic Party presidential nomination. However, he was defeated by Franklin Pierce. After that, Buchanan retired from public service.

In 1853, Franklin Pierce became the president of the United States. He selected Buchanan as his minister to Great Britain in 1853. Buchanan served in this capacity until 1856.

On March 4, 1857, Buchanan was sworn in as the 15th president of the United States. He was elected president after a victorious presidential campaign in 1856.

Buchanan defeated Republican nominee John C. Fremont by a large majority in the presidential election. Fremont was backed by the Southern states. Buchanan said he would overcome the north-south split in his inaugural address.

Between 1857-1860, Buchanan attempted to overcome the instability in Kansas induced by the slavery problem. However, he was unsuccessful.

President Buchanan disputed states' legal right to secede but said that the federal government could not lawfully prohibit it. He wished for compromise, but separatist leaders were adamant against it.

Despite his efforts, the first state to secede from the Union was South Carolina. Six additional states left the Union in February 1861, following the pattern. They founded the Confederate States of America.

Buchanan then adopted a more combative stance. Following the resignations of numerous Cabinet members, he sent the Star of the West to transport troops to Fort Sumter. Buchanan resumed his policy of inaction, which he maintained until his resignation.

On March 3, 1861, Buchanan stepped down as president. At that time, the nation had a $17 million federal deficit and was on the verge of civil war.