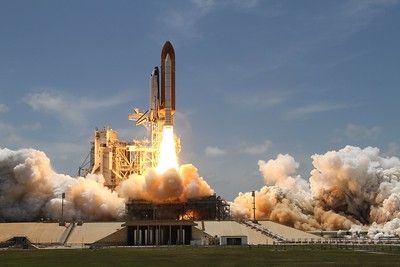 James Chadwick is a physicist from the United Kingdom.

Chadwick commanded the British team in the Manhattan Project. The United Kingdom and Canada assisted the United States in developing the world's first nuclear bomb during World War II.

He was a key scientist in the World War II research and development project that resulted in the first atomic bomb.

In 1945, he was knighted in the United Kingdom for his contributions to physics. Chadwick earned his bachelor's degree in 1911 from Manchester's Victoria University. There he studied under Ernest Rutherford.

What was James Chadwick’s net worth?

James Chadwick was a famous physicist and a Nobel Prize recipient from the United Kingdom. He was known for working on the Manhattan Project. Chadwick had an estimated net worth of $1.5 million.

How old was James Chadwick?

James Chadwick was born in October 1891 in Cheshire, England. He went to Manchester High School before enrolling at Manchester University in 1908.

James graduated from the Honours School of Physics in 1911. He worked for two years at the Physical Laboratory in Manchester under professor Rutherford on various radioactivity problems. He earned his M.Sc. degree in 1913.

In the same year, Chadwick was given the 1851 Exhibition Scholarship. He moved to Berlin to work for Professor H. Geiger at the Physikalisch Technische Reichsanstalt in Charlottenburg.

Who was James Chadwick's family?

Who was James Chadwick’s partner?

James Chadwick was married to his wife, Aileen Stewart-Brown. The couple married in 1925.

The couple had twin daughters together. They are Judith Chadwick and Joanna Stewart Chadwick. They lived together in Denbigh, North Wales.

During World War I, James Chadwick was imprisoned in Ruhleben's Zivilgefangenenlager. In 1919, he returned to England to begin his Wollaston Studentship at Cambridge's Gonville and Caius College.

Chadwick decided to restart his work under Rutherford. He had relocated to the Cavendish Laboratory in Cambridge in the meantime. Rutherford had disintegrated atoms that year by blasting nitrogen with alpha particles. This resulted in the emission of a proton. This was the world's first artificial nuclear reaction.

In Cambridge, Chadwick worked with Rutherford on the transmutation of additional light elements using alpha particles. They also researched the characteristics and structure of atomic nuclei.

Chadwick became Assistant Director of Research in the Cavendish Laboratory after being elected Fellow of Gonville and Caius College. He was also elected a Fellow of the Royal Society in 1927.

Chadwick achieved a breakthrough in nuclear science in 1932. He confirmed the existence of neutrons. Chadwick explained that neutrons are elementary particles that have no electrical charge. This changed the atomic model.

Chadwick paved the path for the fission of uranium 235 and the development of the atomic bomb in this fashion. He received the Hughes Medal of the Royal Society in 1932 and the Nobel Prize in Physics in 1935 for this groundbreaking discovery.

Chadwick stayed in Cambridge until 1935. He was then appointed to the University of Liverpool's Lyon Jones Chair of Physics. Chadwick served as the Head of the British Mission linked to the Manhattan Project to develop the atomic bomb in the United States from 1943-1946.

Chadwick was appointed as Master of Gonville and Caius College, Cambridge. In 1948, he resigned from active physics and his job at Liverpool. He was a part-time member of the United Kingdom Atomic Energy Authority from 1957-1962.

Chadwick has authored several studies on radioactivity and related issues. With Lord Rutherford and C. D. Ellis, he co-wrote the book 'Radiations From Radioactive Substances.'

What awards did James Chadwick win?

In 1945, Sir James Chadwick was knighted. He also earned the Copley Medal and the Franklin Medal from the Franklin Institute in Philadelphia.

James Chadwick is an Honorary Fellow of the Institute of Physics and a member of several foreign academies.