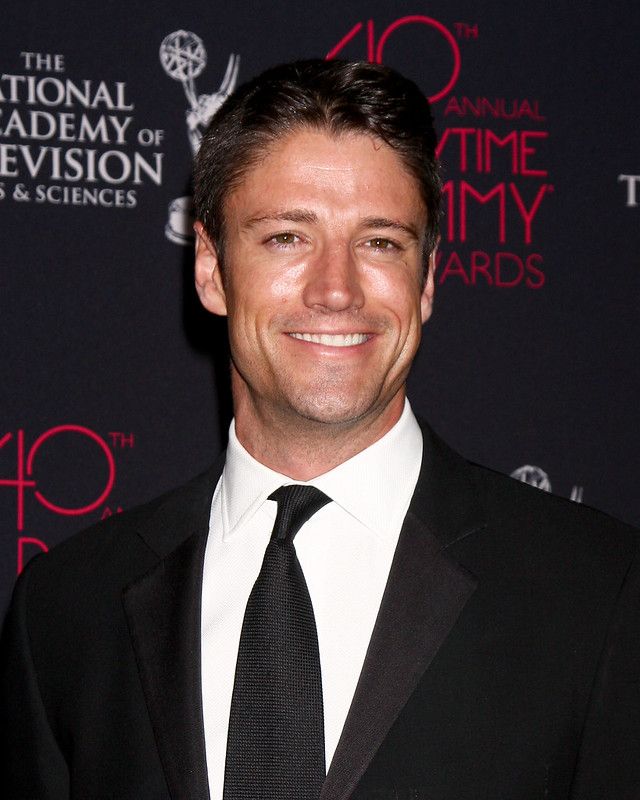 An actor who earned popularity from soap operas, James Scott is originally from Newcastle upon Tyne city in London.

James Scott began his acting career in the Gilded Balloon Theatre of Scotland. Before rising to stardom, James Scott was associated with the music industry and worked as a disc jockey ( DJ) later, he got appointed at community theatres.

After leaving his theatre job at Edinburgh's Gilded Balloon and moving to London, James got spotted by a popular agency named Storm Model Management, and this marked the beginning of his journey towards fame.

James wanted to enhance his acting skills and study further, and hence, he got enrolled in the London Academy of Music and Dramatic Art. Later, once on his modeling tour to Los Angeles, he also attended an acting class in Hollywood at Ivana Chubbuck's studio.

Two years later, James Scott got his biggest role, he became an important cast of the popular ABC drama/ daytime soap opera 'All My Children' (2004-2006). His next big role came with NBC, where he got to play the lead role of EJ DiMera in 'Days of Our Lives' (2007-2008). In 2016, James Scott appeared on 'Wrecked,' the American sitcom.

January-born soap opera actor James Scott began his career on television in the year 2004. His recent appearance was on 'Wrecked,' the 2016 American sitcom.

What is James Scott’s net worth?

As of 2022, various resources have estimated the net worth of James Scott to be between $1 and $5 million. His net worth depends on his career as a soap actor.

How much does James Scott earn per year?

The exact details have been updated regarding the annual earnings of James Scott. His net worth is about $5 million.

How tall is James Scott?

How old is James Scott?

Originally from England, James Scott was born in the city of Newcastle upon Tyne to a Scottish mother and an English father. The identity of his parents has not been revealed, but he grew up with his three siblings, Georgina, Charles, and Frederick, and is the eldest child of his parents.

Resources say that James Scott has spent quite a lot of time in Scotland, after completing school, he set out on a journey, a voyage to Edinburgh that would lead him towards his self-discovery. After moving to Scotland, his first work offer came from the popular Gilded Balloon Theatre and he got a chance to work with popular comedians, including Ben Elton, Stephen Fry, and also Eddie Izzard. Later, he moved to London to focus more on his acting career.

James Scott initially studied in local schools in Newcastle. Later, he was sent to Lancaster to study in an all-boys boarding school. He also went to the prestigious London Academy of Music and Dramatic Art. He had also attended Ivana Chubbuck's studio situated in Hollywood for an acting class while he was on the modeling trip to Los Angeles.

Who is James Scott’s partner?

Soap actor James Scott has been married to Kaitlin Robinson since 2015, and resources say that they are still happily married. James has not revealed anything about his children and is a very private person when it comes to disclosing his family life. The details of his past relationships are not known.

James Scott is best known for his roles in popular soap opera series, including in ABC drama 'All My Children' as Ethan Cambias, and on 'Days of Our Lives,' in popular NBC drama series as EJ DiMera/ Santo DiMera.

Apart from his popularity as a soap actor, James Scott is also recognized as a successful model. Towards the beginning of his career, James got signed by the popular modeling agency, the Storm Model Management.

What awards has James Scott won?

Throughout his acting career so far, James Scott has been nominated twice for prestigious awards. In the year 2010, he got nominated for the Daytime Emmy Award, under the category of Outstanding Lead Actor in a Drama Series, for his performance in 'Days of Our Lives.'

James again got nominated for Daytime Emmy Award in the year 2011, again for his outstanding performance as a lead actor in the series 'Days of Our Lives'.

Apart from his interest in acting, James Scott loves music, he was once a disc jockey (DJ). As he is a very private person, nothing much is known about his hobbies.