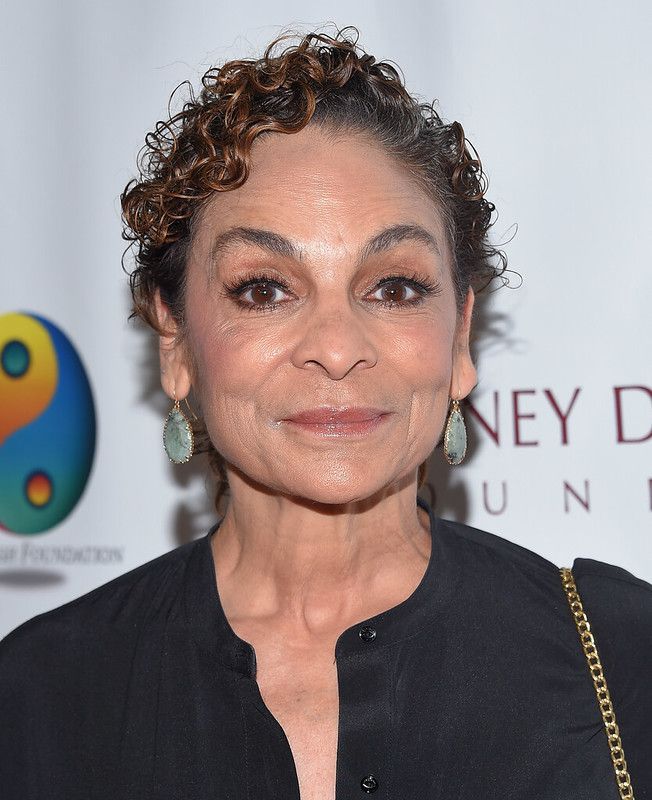 Jasmine Guy is an actress, dancer, singer, and director from America. She was born on March 10, 1962, in Boston, Massachusetts, in the United States of America.

Her father was Reverend William Vincent Guy, who was the pastor of the historic Friendship Baptist Church of Atlanta. Her mother, Jaye Rudolph was a high school teacher, her father was also a teacher of philosophy and religion at a local college.

She has been bestowed with numerous awards. She is known for her outstanding performance as Dina in School Daze, a comedy and musical drama film in 1988. She also took part in the NBC The Cosby Show spin-off A Different World as Whitley Gilbert-Wayne, for which she was awarded the NAACP Image Awards consecutively six times from 1990 to 1995 for her role as the Outstanding Lead Actress in a Comedy Series.

Guy joined the popular True Colors Theatre Company in the role of the producing director in the year 2010. She has earned a huge fan following across the world with her acting stints. Some of the most popular roles that she has earned appreciation for are the character of Kayla in The Fresh Prince of Bel-Air and Sheila' Grams' Bennett in the Vampire Diaries.

She is one of the most impressive actors when it comes to acting in a comedy series. This is the reason that not only was she nominated but also won six NAACP Image Awards for Outstanding Lead Actress in a Comedy Series consecutively.

What is Jasmine Guy's net worth?

How much does Jasmine Guy earn per year?

Jasmine Guy earns roughly about $647,000 per year through her acting assignments which further add to her net worth. She has multiple sources of income as she is not only an actress but is also a singer, dancer, director, producer, and voice artist.

How tall is Jasmine Guy?

How old is Jasmine Guy?

The details of his early life of Guy are of great interest to her fans. Guy was born to a Portuguese-American mother named Jaye Rudolph, and her father was an African-American called William Vincent Guy. She was brought up in Collier Heights, an abounding historic neighborhood of Atlanta in Georgia. She was a student at Northside Performing Arts High School. Guy's mother was a high school teacher, and her father was an instructor of religion and philosophy in college. Later, her urge to learn dancing led her to New York City at the age of 17, where she was enrolled at the Alvin Ailey American Dance Center, where her professional career took off.

(Jasmine Guy is an exceptionally talented actress who has excelled in a variety of roles.)

Who is Jasmine Guy's partner?

Jasmine Guy is known to have an eventful personal life which is of great interest to the fans. Jasmine Guy is presumed to have dated Eddie Murphy, whom she met during the shoot of the comedy 'Harlem Nights' in 1989. Jasmine Guy got married to Terrence Duckett in August 1998, and the next year the couple was blessed with a lovely daughter, Imani. But 10 years later, on April 8, 2008, the couple was all set to end their marriage and filed for divorce. The reason behind the ending of the marriage was incompatibility issues and conflicts. After that, Jasmine Guy and her daughter settled down in her hometown, Atlanta. Currently, she is single and is not dating anyone.

Guy began her career in television as a dancer in a non-speaking role in 'Fame.' She was present for seven episodes. Aside from 'Fame,' she is best known for her role in 'A Different World' and 'School Daze.' Guy's television career took off in 1982 with the television series of 7 episodes, Fame in which she was cast as a dancer. She is widely popular for her role in 'A Different World,' a television sitcom. She starred as Kayla in 'The Fresh Prince of Bel-Air.' Guy's film debut was in the movie 'School Daze.' She is renowned for her role as Dr. Jessica Bryce in 'Living Single.' She has had several box office bombs chartered in history like 'The Runaway' and 'Harlem Nights' of 1989 that guaranteed her name on the list of A-list actresses. After that, she was cast in several movies like 'Stompin' at the Savoy,' 'The Heart Specialist,' 'Wrapped up in Christmas,' 'Vanished,' and many more.

Jasmine Guy has earned a great fan following across the world, wherein her fans love her for a variety of different reasons. Some of her standout achievements are: -

Jasmine Guy has been a regular star in 'The Vampire Diaries' ever since the drama series started in the year 2009 till it ended in 2017. Jasmine Guy has earned fans across the world with her recurring role in the series.

In addition to being an excellent actor, Jasmine Guy is also a popular singer, dancer, director, producer, voice actor, and screenwriter. She has appeared as a dancer in ten episodes of the show' Fame As A Dancer.'

Jasmine Guy has also been cast in two episodes of 'Living Single' and 'Melrose Palace.'

Jasmine Guy is a public motivational speaker traveling across the country to address thousands of people and students in colleges, universities, corporations, and churches to motivate them and help them learn from their trials and setbacks. She has taken an active role in participating in fund-raising and charity events and doing charity work.

What awards has Jasmine Guy won?

Jasmine Guy has been nominated for the NAACP image awards for her roles in several movies like Dead Like Me, American's Dream, and Melrose Place. She has been awarded the NAACP Image Award for Outstanding Actress in a Drama Series for her role in A Different World six times.

Jasmine Guy won the Student Academy Award for her role in the popular short film, My Nephew Emmett. The short film was nominated for Academy Awards in the category of best live-action short film in the year 2018.

Her love for dancing encouraged Jasmine Guy to do and be what she is today. She considers herself expressive, and dancing is her first language. She also likes writing and is a motivational speaker.