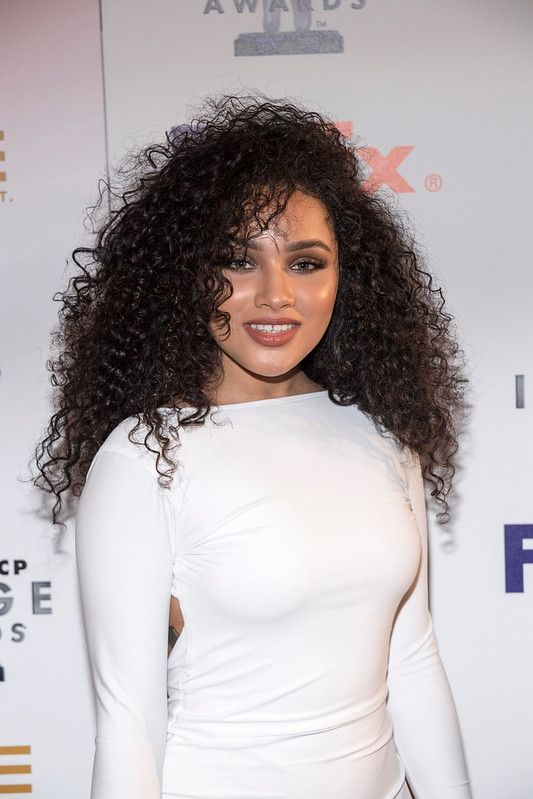 Jaylen Barron was born on August 31, 1997, and is an American actress.
Jaylen Barron is an American actress best known for her appearances as Dominique Winslow on Showtime's 'Shameless', created by John Wells and Paul Abbott, and Zoe Phillips on Netflix's 'Free Rein' drama series. She will appear in the Starz series 'Blindspotting' in 2021.
Jaylen Barron started her acting career in 2012 with the TV series called 'Bones' and the Disney sitcom 'Shake It Up' starring Ashley Otton and Melanie. After that, Jaylen Barron had recurring roles in shows like 'Tina Albanese' 'See Dad Run', 'Good Luck Charlie', and 'Shameless'. 'It was one of the nicest experiences,' she said when asked about work time spent on 'Shameless'. No other details are available regarding her family other than her having a sister Sofia Barron.

What is Jaylen Barron's net worth?

Jaylen Madison Barron has a net worth of approximately $1.5 million.

How much does Jaylen Barron earn per year?

No details are available regarding the yearly income that Jaylen Barron makes.

How tall is Jaylen Barron?

How old is Jaylen Barron?

Jaylen Barron is a famous actress of Venezuelan, Brazilian, and African ancestry. She was born in Reno, Nevada, on August 31, 1997. Barron and her family subsequently moved to Los Angeles, where she began her acting career. Jaylen Barron's mother is of Mexican descent, while her father is of African descent. Jaylen Barron attended a private school and had outstanding scores throughout her education. Jaylen Barron has an American nationality and grew up imbibing Mexican heritage from her mom. Jaylen Barron has a sister named Sofia Barron.

Who is Jaylen Barron dating?

Jaylen Barron is not dating anyone at present.

Jaylen Barron is best known for her character in Netflix's original series 'Free Rein', she plays the lead character of 'Zoe'. She began her career as a model for the tween retailer Justice before transitioning to full-time acting with guests and regular appearances on popular Disney and Nickelodeon series, finally landing recurring roles on Showtime's highly acclaimed 'Shameless'. Her acting versatility is demonstrated by the wide spectrum of roles she has played, and she continues to strive for variety in her work.

Jaylen Barron, a successful actor, believes it is critical to give back. She discussed her engagement with Small Acts Big Change, a Los Angeles-based nonprofit, founded by a buddy in American Teen. Jaylen Barron volunteers at the organization, where she helps to provide meals and blankets to the needy on a weekly basis. Volunteering at animal shelters and finding new homes for rescue dogs is something she frequently does. She is also an outspoken feminist who works tirelessly to assist all women across the world.

What awards has Jaylen Barron won?

Jaylen Barron was the nominee for the Young Artist Awards in the years 2013, 2014, and 2015 for the Best Recurring Actress in a TV Series.

Jaylen Baron has loved playing musical instruments ever since she was a little girl. She has a knack for music. She mostly played western instrumental music, she was inspired a lot by her parents. Her favorite food is Sushi, she loves eating sushi, and she also has a deep interest in baseball and has been playing baseball ever since high school, when she learned to play it.