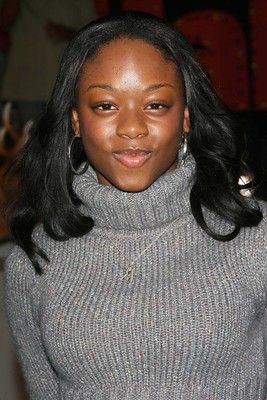 Jazz Raycole is an American actress and trained dancer.
Born Jazzmine Raycole Dillingham, this actress adopted the stage name Jazz Raycole. She is most popular for being in 'My Wife and Kids', in which she played the role of Claire Kyle in the first season.
Jazz Raycole's mother owned a dance studio, and Jazz followed in her footsteps by entering the dancing industry. This background in dance helped her pick up a few notable roles in the entertainment industry. Jazz Raycole's bio on her Instagram account says, 'eat, pray, love followed by and then dance', showing her love for the art.
Jazz Raycole is a dancer who has been trained by various expert dancers. She used to dream of dancing alongside Michael Jackson and Janet Jackson, and also walking on the red carpet.
Read on to find out more fun facts about Jazz Raycole's career and personal life.

What is Jazz Raycole's net worth?

As of May 2021, Jazz Raycole had a total net worth of $3 million as a result of working in the industry for approximately 28 years.

How much does Jazz Raycole earn per year?

How tall is Jazz Raycole?

How old is Jazz Raycole?

Jazz Raycole was born in a place called Stockton in the state of California. Being a trained dancer, Jazz started participating in competitions at the age of four.
Jazz used to dream of attending the prestigious Stanford University and hoped to become a pediatric physician. However, this dream was dropped to pursue her career in the entertainment industry.

Who is Jazz Raycole dating?

As Jazz Raycole keeps her private life under wraps, there is no information available on her past relationships or her family and siblings. Reports say that she is currently single.

Jazz Raycole is well known for her role as Allison Hawkins in the drama 'Jericho'. The character Allison Hawkins was the newest resident in this drama. She also appeared in the show 'My Wife and Kids', playing the role of Claire Kyle when she was 12 years old. However, Jennifer Freeman replaced her as Claire Kyle in the second season of the series due to Jazz dropping out.
Recently, Jazz Raycole has starred as the lead actress in the drama series 'The Lincoln Lawyer'.
Jazz has also acted in the popular TV series 'The Office', and voiced the puppy in the film 'Babe'. Her movie debut was in 'Waiting to Exhale', where she played the role of Onika.
This California-born actress is also a dancer who has won a State Championship Title, which helped her to gain a leading role as a dancer in 'From the Earth to the Moon'. Jazz Raycole also played the role of Lyric Ballentine in the sitcom 'The Soul Man'. Jazz also starred in the BET series 'The Quad', in the role of Sydney Fletcher.

There is no information available regarding any charity work of this professional dancer and actress.

What awards has Jazz Raycole won?

This dancer and actress has been in the industry for more than 28 years, beginning at a young age. Her background in dance helps her land roles that involve dancing. Jazz Raycole took a State Championship Title in the dance forms of tap, jazz, ballet, as well as ethnic dance. In the entertainment industry, she was nominated for a Young Artist Award in 2006 for Best Performance In A TV Series (Comedy or Drama), in the category of Young Actress Aged 10 Or Younger, for her role in 'My Wife and Kids'.

The American actress Jazz Raycole is interested in helping others and discusses various topics, including bullying and technology.