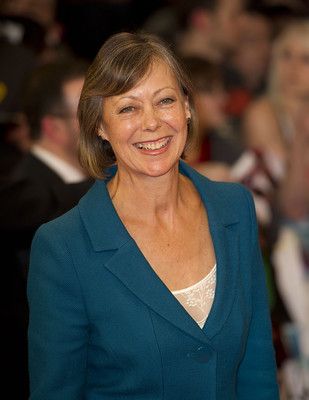 In 1964, she debuted as a child actress in 'East Of Sudan', 'Star!', and two adaptations of 'The Railway Children' the BBC's 1968 television serial and the 1970 feature version. She also appeared in the critically acclaimed film 'Walkabout' and the TV film 'The Snow Goose', both of which earned her an Emmy Award for Outstanding Supporting Actress in a Drama for her television role as Fritha.

In addition to her Hollywood film appearances, Agutter continued to act in high-profile British films such as 'Equus', and 'The Eagle Has Landed', for which she earned a BAFTA Award for Best Actress, and 'The Riddle of the Sands'. In 1981, Agutter co-starred in 'The Survivor', an Australian adaptation of James Herbert's novel, and was nominated for an AACTA Award.

Jenny Agutter turned her concentration to television after returning to Britain in the early 1990s to pursue family life. In 2000, she participated in a television production of 'The Railway Children', playing the mother. She has remained active in British television drama and starred in the BBC's primetime rating success 'Call the Midwife' since 2012. She also returned to the big screen in 2012, appearing in the blockbuster film 'The Avengers' and reprising her role in 'Captain America: The Winter Soldier' (2014).

What is Jenny Agutter's net worth?

The net worth of Jenny Agutter is an estimated $8 million.

How much does Jenny Agutter earn per year?

There is no accurate information about the annual salary of Jenny Agutter.

How tall is Jenny Agutter?

How old is Jenny Agutter?

Jenny Agutter was born in Taunton, Somerset, England, on December 20, 1952.

She is the daughter of Derek Agutter, a British Army entertainments manager, and Catherine, and was raised Roman Catholic. Her mother's side of the family is Irish. She grew up in Singapore, Dhekelia (Cyprus), and Kuala Lumpur (Malaya).

When a casting agent was looking for a young English-speaking girl for a film, Agutter was discovered at Elmhurst Ballet School, a school she attended from the ages of eight to sixteen. She did not obtain the part, but he recommended her to the 'East Of Sudan' producers (1964).

Who is Jenny Agutter's partner?

Jenny Agutter is married to Johan Tham, with whom she shares a son named Jonathan Tham.

Johan Tham is a Swedish hotelier. In 1989, the pair met for the first time at an arts festival in Somerset, England. They chose to marry the next year, in 1990. Jonathan, their first child, was born on December 25, 1990.

Jenny Agutter came to television audiences as Kirsty in the twice-weekly BBC series 'The Newcomers'. She starred as a ballerina student in Disney's 1966 film 'Ballerina'. In 1968, she appeared in the opulent big-budget 20th Century Fox film musical 'Star!', alongside Julie Andrews as Gertrude Lawrence.

She then played a more serious role in the thriller 'I Start Counting' (1969). She also received an Emmy nomination for her portrayal of Fritha in a British television rendition of 'The Snow Goose' (1971).

At the age of 21, Agutter moved to Hollywood and appeared in a number of films over the next decade, including 'Logan's Run', 'The Eagle Has Landed', and 'Equus', for which she won a BAFTA for Best Supporting Actress, 'An American Werewolf In London' (1981), and an adaptation of James Herbert's novel 'The Survivor' (1981).

Agutter returned to the United Kingdom in 1990 to focus on her family, and her attention shifted to British television. During the 1990s, she appeared in an adaptation of Jeffrey Archer's novel 'Not A Penny More, Not A Penny Less' as the scandalous Idina Hatton in the BBC miniseries 'The Buccaneers', which was based on Edith Wharton's unfinished 1938 novel and made guest appearances in television shows such as 'Red Dwarf' and 'Heartbeat'.

Agutter has since appeared in various television shows, including 'Spooks', 'The Invisibles', 'Monday Monday', and 'The Alan Clark Diaries'. Agutter returned to Hollywood in 2012 as a producer.

Jenny Agutter supports several charitable projects, most of which are related to cystic fibrosis, a condition that her niece suffers from.

Jenny Agutter was also named an Officer of the Order of the British Empire in the 2012 Birthday Honours for charitable services.

What awards has Jenny Agutter won?