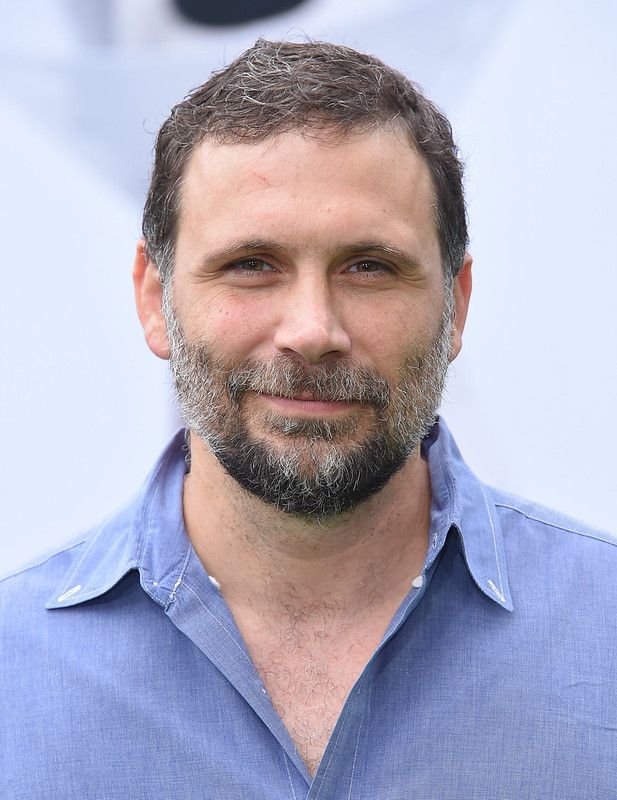 Jeremy Merton Sisto is an American actor, writer, and producer. He was born on October 6, 1974, in Grass Valley, California, to actress Reddy Gibbs and Richard Sisto, a jazz musician and educator.

He married Marisa Ryan, an actress, in 1993 in Las Vegas, but the couple divorced in 2002. He later married his girlfriend, Addie Lane, in October 2009. You may know from his repeated appearances as Billy Chenowith on the drama series 'Six Feet Under' and in 'Law and Order' as Detective Cyrus Lupo.

Jeremy Sisto has also appeared in films such as 'Clueless,' 'Wrongfully Accused,' 'Jesus,' 'Wrong Turn,' Take Me Out,' 'The Second Sound Barrier.' In addition to acting, Sisto is also a writer and producer. He has co-written the screenplay for 'BreakPoint.' He also acted in the film and was the producer. For his fantastic performance in 'Six Feet Under,' he was nominated for Screen Actors Guild Award.

In 2003, Jeremy Sisto had a role in the series conclusion of The WB's teen drama 'Dawson's Creek.' He also acted in the Broadway play called 'Festen.'

His Los Angeles theater credits include 'Take Me Out', which ultimately got him the Los Angeles Drama Critics Circle Award for Featured Performance.

What is Jeremy Sisto's net worth?

Jeremy Sisto's net worth is $6 million. He is an American actor known for his work like 'Six feet under' and 'Wrong Turn,' 'Clueless,' and 'Take me out.'

How much does Jeremy Sisto earn per year?

Jeremy Sisto makes around $320,000 per year through his movie and television roles.

How tall is Jeremy Sisto?

How old is Jeremy Sisto?

Jeremy Sisto was born in Grass Valley, located in California. He is the son of Richard Sisto, an educator and jazz musician, and Reedy Gibbs, an actress. Jeremy also has an older sister called Meadow Sisto. She is also an actress who is pretty well known for her role in the 1992 movie 'Captain Ron.'

Unfortunately, his parents separated and got divorced, and his father also remarried. He had to live with his mom and sister. The experience of his father's lack of presence in this life made it quite challenging to be a dad to his son. He attended a Hayfield Montessori School located in Louisville and then attended a school in Kentucky for first grade.

Meanwhile, he gained experience working for Cherry Theater and Absolute Theater Company. Before attending the University of California in Los Angeles, he played a part in a movie called 'Grand Canyon.'

Who is Jeremy Sisto's partner?

Addie Lane is the wife of Jeremy Sisto. On October 13, 2009, Jeremy Sisto and Addie married at New York City Hall. They have two children together, Charlie-Ballerina Sisto and Sebastian Kick Sisto. In her photos, Addie Lane appears to be in her late twenties. However, her exact age has not been disclosed yet.

(Jeremy Sisto is an accomplished actor with a global fan following for his various roles.)

Jeremy Sisto began his career after being accepted to the University of California, Los Angeles (UCLA). He signed a non-disclosure agreement to begin his professional acting from there. Sisto's first major on-screen appearance was in the 1984 music video for the song 'We're Not Gonna Take It' by Twisted Sister. He made his film debut in 1991 with the drama 'Grand Canyon.'

He was nominated for the Screen Actors Guild Award for Outstanding Performance by an Ensemble in a Drama Series and his co-stars as Billy Chenowith in 'Six Feet Under' (2001-2005) two times. Sisto has appeared in the romantic comedy film 'The Movie Hero,' the horror movie 'Wrong Turn,' and 'Thirteen.'

At the Music Box, he also played a part in the Broadway play 'Festen.' In 2006, he played John Kitzinger in 'Kidnapped,' a short-lived NBC drama series. He also starred in 'Population 436,' a mystery horror film (released on October 26). He also played a role as a Catholic priest in the drama movie 'Temptation,'

Likewise, he is a devoted supporter of children's charities such as Hollygrove, which serves abused and neglected kids, and The Art of Elysium, a project dedicated to assisting working actors in supporting several charity initiatives.

What awards has Jeremy Sisto won?

Jeremy Sisto has won the following awards and nominations:

Nominated for Behind the Voice Actors Awards - Best Male Vocal Performance in a TV Special/Direct-to-DVD Title or Short (Batman vs. Robin)

Apart from acting and writing, his hobbies include playing Bocci (Italian bowling) and playing Guitar.