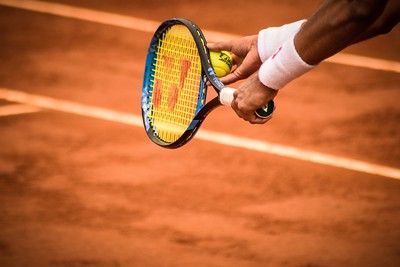 Jessica Ofelia Mendoza is a sportscaster and former softball player from the USA.

Mendoza is a two-time Olympics winner who represented the United States Women's National Team from 2001 to 2010. Mendoza was honored as the 2006 Female Athlete of the Year by USA Softball.

Jessica Mendoza joined ESPN in 2007 and in 2015, became the first female analyst for nationally aired MLB games, working alongside Kyle Peterson and Karl Ravech. She has now established herself as one of ESPN's leading voices in MLB coverage. She currently works as a color commentator and analyst for ESPN's Major League Baseball coverage and Spectrum SportsNet LA's coverage of the Los Angeles Dodgers. She was a softball outfielder who led Stanford to its first Women's College World Series appearance and led the NCAA in batting one season over the course of a six-year career with the national team.

Keep reading to know about her early life, net worth, and career.

What is Jessica Mendoza’s net worth?

The net worth of Jessica Mendoza is estimated to be around $2 million. She has amassed a substantial fortune as a professional softball player and outfielder.

How much does Jessica Mendoza earn per year?

The estimated annual income of Jessica Mendoza is around $266,000.

How tall is Jessica Mendoza?

How old is Jessica Mendoza?

Jessica Mendoza was born in Camarillo, California, to Gil Mendoza and Karen Mendoza. She has two sisters, Alana and Elena Mendoza, and one brother, Walt.

Jessica Mendoza went to Adolfo Camarillo High School, where she was named Player of the Year by 'The Los Angeles Times' in 1998. Jessica was also the team MVP on the basketball court during her junior and senior years. Mendoza achieved a Bachelor of Arts in American Studies in 2002 and a Master of Social Sciences in Education from Stanford University in 2003.

Who is Jessica Mendoza’s partner?

Jessica Mendoza has been happily married to the former softball player, Adam Burks, since 2012. Adam Burks was a former high school athlete, who participated in a variety of sports. He is also a civil engineer who served in the United States Marine Corps during Operation Desert Storm in Iraq. They have two kids, named Caleb and Cayden.

On March 6, 1999, Jessica Mendoza hit a career-high four home runs against Illinois State pitchers, Corey Harris, Jamie Bagnall, and Tammy Millian. She was selected as Player of the Week by the National Fastpitch Coaches Association for the week of March 8, after hitting .631 (12/19) with 11 RBIs, four home runs, a triple, and two doubles for a 1.473 slugging percentage.

Jessica Mendoza joined the Stanford Cardinal as a freshman in 1999. In her first year at Palo Alto, Mendoza set school records for batting average (.415) and RBIs (57). She was named Pac-10 Newcomer of the Year and a first-team All-American in her freshman season.

Jessica Mendoza was a very active athlete when she was young. Her professional career began in 1999. Jessica has been breaking records and winning top championships since the beginning of her career. The athlete was a member of the Cardinals and was a consistent winner for the club. Jessica was a member of the national squad at the 2004 Olympic Games in Athens, where she earned a gold medal and also at the 2008 Olympic Games in Beijing, where she won a silver medal.

Mendoza was a four-time All-American team player while playing outfield for Stanford University from 1999 to 2002. She captained her college team to their first-ever berth in the Women's Collegiate World Series and received honors at the end of her collegiate career. After hitting .250 with an RBI and a double, the outfielder was named to the All-Tournament Team.

Jessica Mendoza was selected for the First Team citations by both the league and the NCAA in her last season. She joined an exclusive club when she won her fourth NCAA award in a row, becoming only the sixth athlete to do so. In the second final, in which the Bandits won 10–3 on August 21, 2010, Mendoza was 2/4 with a double against Monica Abbott. Mendoza and the Pride qualified for the Cowles Cup Championship yet again, but the Chicago Bandits defeated them.

On August 23, Team USA won the gold medal, but Mendoza was eliminated by Australia. Mendoza batted .400 with a .400 slugging percentage and finished 5/20 (.250) with five runs scored and five RBIs. In 2008, she returned to Team USA as an outfielder and dominated the 'Bound 4 Beijing' Tour in nearly every category. She had a .495 batting average, 107 RBIs, and a .971 slugging percentage. At the Beijing Olympic Games on August 14, she drove in four runs versus Chinese Taipei. Mendoza was shut out in the final for the second time and her team was awarded silver after losing to Japan.

Jessica Mendoza repeated her rookie year at Stanford, earning All-American first-team accolades in each of the following seasons. She was a key member of Squad USA's softball team that won gold in Athens in 2004, defeating Australia in the finals. Mendoza returned to the Olympic squad four years later, placing second behind Japan. In addition to representing her nation, Jessica Mendoza also played professionally for four seasons, batting .355 with 34 home runs.

Jessica Mendoza is now a well-known and respected personality in the sports and entertainment industries. She served as a field reporter for Yahoo! Sports during the Winter Olympics and as the lead collegiate softball commentator for FOX Sports before joining ESPN. She joined ESPN in 2007 as a college football sideline reporter and lead softball commentator for the Women's College World Series. She has worked as a reporter and commentator for the Men's College World Series and as a Little League World Series analyst since her arrival. In 2014, she joined ESPN as an analyst for 'Baseball Tonight'.

After making an appearance on 'Sunday Night Baseball' at the close of the 2015 season, Mendoza was named a regular part of the crew in 2016, where she worked until last season. She'll break further records this season when she becomes the first woman to serve as a lone analyst for a nationwide package of MLB game telecasts, including night time and holiday games.

She finished her 2020 campaign by being the first woman to work as a game analyst for the World Series on national radio, joining the MLB on ESPN Radio crew for the World Series. The former softball player also offered color commentary for Korea Baseball Organization games in the middle of the night from her home in Oregon, when the world was hit by the coronavirus.

Jessica Mendoza has been a part of the Women's Sports Foundation Board of Trustees since 2005. She has served on the Finance and Legal Committee and the Athlete Relations Committee and is a member of the National Education Association's Board of Directors. She also assisted with the launch of GoGirlGo! programs in Chicago and San Antonio, Texas, which help inner-city girls become active, remain healthy, and develop leadership, confidence, body image, and self-esteem skills. Jessica Mendoza leads the rider team to victory in the Fidelity Investments-sponsored $1 million Great Charity Challenge.

What awards has Jessica Mendoza won?

Jessica Mendoza has won many famous accolades since the start of her career as a softball player. She has won gold medals twice in Pan American Games. Mendoza has also won the World Cup three times and the World Championship three times. She is also an Olympic softball gold and silver champion. She also received the Yolanda L. Jackson Give Back Award in 2004. Jessica Mendoza was named to the National Softball Hall of Fame in 2019.

Jessica Mendoza loves to travel and explore different cultures, different languages, and different foods. She also likes living near the beach and surfing.