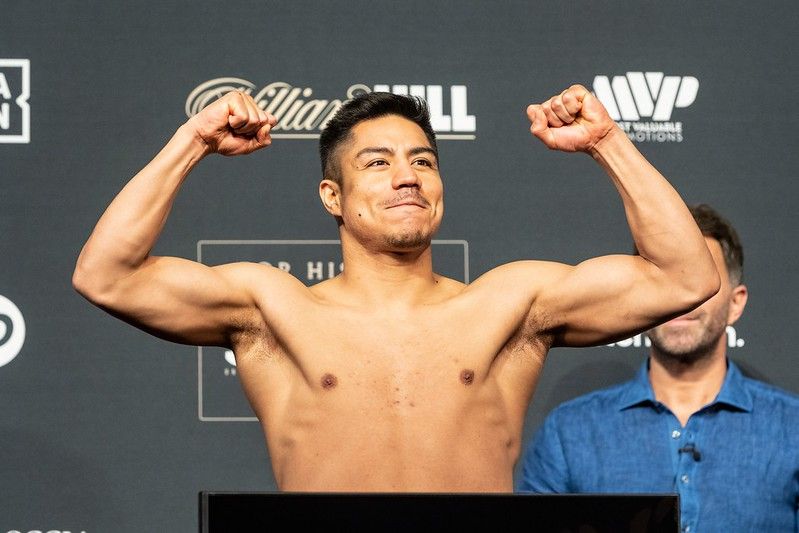 Jessie Vargas was born on May 10, 1989, in Los Angeles, California, United States of America, and currently lives in Las Vegas, Nevada.

Jessie Vargas is an American boxer. He is the former world champion in two different classes; the IBO super lightweight and WBA (Regular) titles in 2014.

He also won the WBA welterweight title in 2016. He was ranked the 11th best active welterweight by BoxRec in August 2021.

What is Jessie Vargas’ net worth?

How much does Jessie Vargas earn per year?

How tall is Jessie Vargas?

How old is Jessie Vargas?

Jessie Vargas was born in Los Angeles, California, the United States of America and now lives in Las Vegas, Nevada. There is no available information about his family life, early education, and childhood.

Vargas had a record of 120 wins and 20 losses as an amateur record. He was a member of the 2008 Mexican Olympic squad and a two-time Mexican national winner. He was also a two-time United States junior national champion. Before fame, Vargas made his pro debut in September 2008, knocking out Joel Gonzalez in the first round. Vargas gained notoriety after being kissed on the neck during a fight with Trenton Titsworth, and he replied by punching Titsworth during the break. Both fighters were rewarded; Vargas received one point, while Titsworth received two.

Who is Jessie Vargas dating?

Jessie Vargas has always kept his dating life very private; there is no information on the current relationship of Jessie Vargas.

Jessie moved to light-welterweight in October 2013, from where he had started his early career. Vargas began to fight at the welterweight limit for his last six fights.

Welterweight: Vargas announced his welterweight debut against the former two-weight world champion, Timothy Bradley, in April 2015. Bradley dominated Jessie throughout the fight, but there was a rematch due to an honest mistake from the referee. This fight is among the most famous fights of Vargas' career; it had over 1 million views and got a good TRP on HBO. He lost his very first professional bout with this fight.

Vargas next fought with Sadam Ali, where he landed 159 punches, whereas his opponent delivered 118 punches. This fight of Jessie Vargas had whooping 726,000 views on HBO, with a peak of 848,000 viewers.

Vargas went to defend his WBO welterweight title in August 2016, announced by Sky Sports. He fought with the eight-division world champion, Manny Pacquiao. Vargas lost the WBO in this fight after he lost via a unanimous decision. Vargas seemed to pick up in the middle rounds, but Pacquiao was very dominant in the overall fight.

The charity work done by Jessie Vargas is not known.

What awards has Jessie Vargas won?

Jessie Vargas has an interest in sports as he is an active boxer.