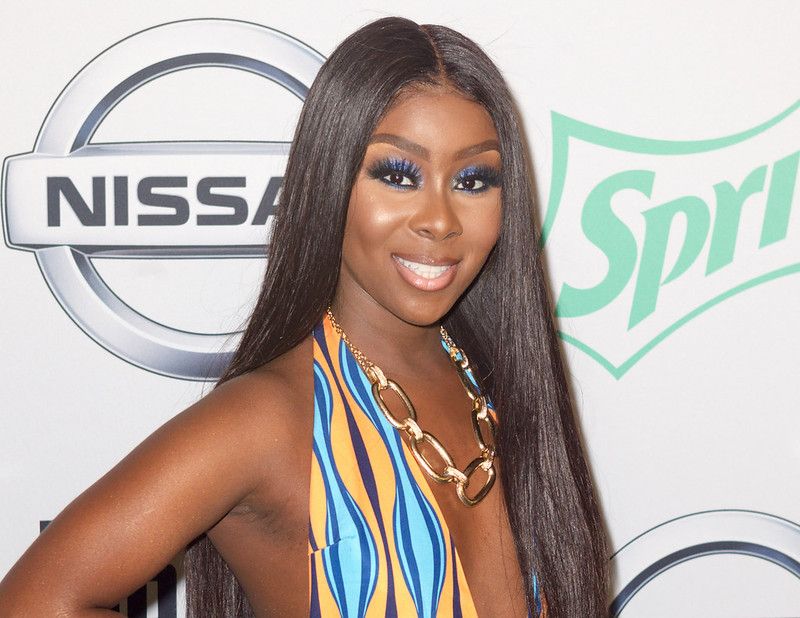 Jessie Woo was born on July 6, 1987, in Montreal, Canada, but was raised in Miami, Florida.

Jessie Woo is also known as Jessica Mbali Fyre, or Jessica Juste, and her parents are known as Mr and Mrs Juste. She is a Canadian actress, comedian, and singer.

She is very well known for her alter ego, with whom she posts online, named Cadaoushka Jean Francois. She is a social media sensation, as her comedy videos are liked by many on her YouTube channel. She has many viral videos as well, including ‘Dear Haitian Crush' and has hosted the BET.

What is Jessie Woo’s net worth?

Jessie Woo has a total net worth of $2 million as of 2022. She earns from promoting many brands and products and doing some advertising as well as from her YouTube channel. She also does freelance modeling.

How much does Jessie Woo earn per year?

The annual income estimation of Jessie Woo is not known as she hasn't declared anything officially.

How tall is Jessie Woo?

How old is Jessie Woo?

She was born in Montreal, Quebec, Canada on July 6, 1987. Her brother's name is Jeremy Juste. There is no information on the occupation of her brother. When her parents got divorced, her mother chose to move to Florida with them and start a new chapter in their life. Jessica began singing in the church choir at a young age because her mother was the choir's director.

She attended a public high school in Miami and after graduating from high school education, Jessie Woo enrolled at Florida International University. She wanted to be an artist at first, but living in Miami made it impossible for her to get into the profession. Woo, who had just graduated, was looking for new opportunities, prompting her to fly to New York. Jessie Woo's humorous alter ego, Cadouskha Jean-Francois, became a social media success, leading to a stint as a red carpet anchor for BET. The influencer is a dual Canadian-American citizen.

She used to spend her days lazing at her aunt's place in Brooklyn when she was younger. She found a job at a corporate office, but that didn't last long. As a result, she decided to make the most of her free time by using social media. She began making comedic dramas and remixed music covers on her iPhone. Her content was well received by a large number of individuals, which grew to thousands and then millions. 'If I Ain't Got You!!!' and 'Dear Haitian Crush', her short song remakes of Alicia Keys' songs, went viral and made her famous.

Who is Jessie Woo dating?

This 31-year-old comedian and singer has not revealed much about her love life and keeps it very private. It is still unclear if she is involved romantically with someone.

After getting fired from her last job, Jessie Woo was completely unemployed with no source of income. This situation motivated Jessie Woo to utilize the assets she had with her right then. She simply used her iPhone and began to create some video content and later post it on social media, to enter the world of the entertainment industry. She formed a character named Cadouskha Jean-Francois, with a very hilarious image, and posted videos as this character only, which got her fame eventually. This work made her busy after her hardships at her job, mental health, and income issues.

Her alter ego character of Cadouskha Jean-Francois went viral with most of her videos. Because of this, her social media following increased rapidly and gave her a plethora of opportunities, which included her being the host of the BET red carpet.

Jessie Woo subsequently began to host the 'Seeester Talk Live' series and has continued to provide compelling online content for her fans. Her developing experience as a host led to her becoming a co-host of Twitter's 'Power Star Live' conversation program.

She also appeared on 'Love & Hip Hop : Miami', as a cast member. Jessie Woo appeared in the show as one of the folks wanting to start their music careers. During the presentation, Woo was able to reveal her true self, sharing the various experiences she has had in the industry, including the horrifying episode in which she faced a physical assault.

Jessie Woo has been involved in charity work for orphans.

What awards has Jessie Woo won?

Jessie Woo has stated that she is a person who loves art. As she is an actress and a singer, she likes to listen to various genres of music. As per her Instagram posts, she likes to travel to a lot of places and explore.