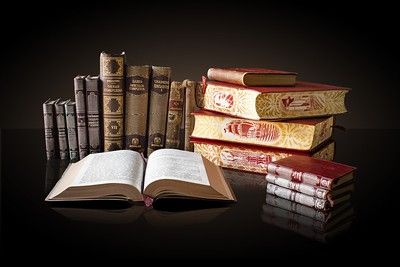 Nilanjana Sudeshna "Jhumpa" Lahiri is an American novelist and fiction author who was born on July 11, 1967.

She is well-known for her English-language essays, novels, and great collections of short stories. She has also started publishing more recent works in Italian.

Lahiri debuted with a collection of short stories, known as 'Interpreter of Maladies', which was published in 1999 and received the PEN/Hemingway Award along with the Pulitzer Prize for Fiction. Her first book, 'The Namesake', was published in 2003 and was made into the hit movie of the same name.

What is Jhumpa Lahiri’s net worth?

Jhumpa Lahiri has a net worth of $20 million.

How tall is Jhumpa Lahiri?

How old is Jhumpa Lahiri?

Lahiri, the daughter of West Bengal-born Indian immigrants, was born in London. When Lahiri was three years old, her parents relocated to America as young adults. The protagonist of 'The Third and Final Continent' the narrative that wraps up 'Interpreter of Maladies', is based on Lahiri's father Amar Lahiri, who served as a librarian at the University of Rhode Island where she was raised. The mother of Lahiri wanted her kids to be aware of their Bengali background, so they frequently traveled to Calcutta (now Kolkata) to see family.

Lahiri continued to study English literature at Barnard College in New York, earning the family moniker "Jhumpa" from professors. The advanced degrees obtained by Lahiri include from Boston University: a Ph.D. in Renaissance Studies, an M.A. in Comparative Literature, M.F.A. in Creative Writing, and an M.A. in English. Her dissertation, 'Accursed Palace: The Italian palazzo in the Jacobean stage (1603-1625)', was finished in 1997.  Hellmut Wohl (Art History) and William Carroll (English) served as her primary advisors. She accepted a fellowship at the Fine Arts Work Center in Provincetown, which she held for the following two years (1997–1998). At Boston University as well as the Rhode Island School of Design, Lahiri has lectured on creative writing.

Who is Jhumpa Lahiri’s partner?

Lahiri wed writer Alberto Vourvoulias-Bush in 2001. He is currently a senior editor at TIME Latin America and served as the publication's deputy editor when they got married.

Alongside her husband as well as their two kids, Octavio (born in 2002) and Noor (born in 2005), Lahiri relocated to Rome in 2012. Lahiri began working as a lecturer of creative writing for the Lewis Center for the Arts at Princeton University on July 1, 2015.

She is a fiction writer whose debut collection of short stories, called 'Interpreter of Maladies', won the Pulitzer Prize in 2000. Her first novel, 'The Namesake', was made into a hugely popular movie starring Irrfan Khan in 2007. The collection earned excellent reviews from American critics but negative ones from Indian critics who both commended and bemoaned Lahiri's failure to present Indians in a more favorable light.

'Unaccustomed Earth', her second story collection of short tales, attained the coveted #1 position on New York Times bestseller list. The stories in 'Interpreter of Maladies' address sensitive subjects that Indians or Indian immigrants face, such as marital problems, grieving over a dead infant, and the division between first and second-generation immigrants to the United States.

In March 2007, Mira Nair's movie version of 'The Namesake' was released, featuring Kal Penn as Gogol, and Tabu and Irrfan Khan as his parents. Lahiri has also written a number of articles and short stories for 'The New Yorker'.

What awards has Jhumpa Lahiri won?

She received many notable awards including the esteemed O. Henry Award early during her literary career. 'Unaccustomed Earth' earned an extraordinary honor and has gained the rare distinction of making its debut at the top spot on The New York Times bestseller list after its release.

At Zee Jaipur Literature Festival, she was awarded the DSC Prize for South Asian Literature for 'The Lowland'. She was the very first lady to receive the honor, which earned her a spot in the Limca Book of Records. In 2014, Lahiri also received the National Humanities Medal. Other honors and prizes she has earned include the TransAtlantic Award and the Asian American Literary Award.

We would love your help! If you have a photo of Jhumpa Lahiri, either of them alone or a selfie that you would be happy to share, please send it to [email protected].
If you have knowledge or information that you think would help us improve this article, please contact us.