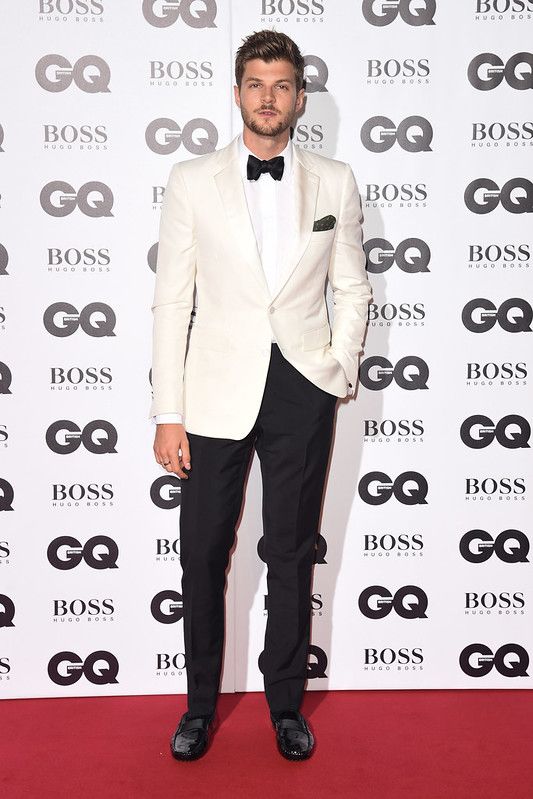 Jim Chapman is a famous English YouTuber, who is known for his vlogs like 'Draw My Life' and 'A Guy’s Advice for Girls'.

Mr. Chapman has more than 2.1 million followers on his YouTube channel. His vlogs are mostly based on love and life.

Jim is also a writer and his first book named '147 Things' was published on October 5, 2017. He is appointed as the contributing editor for the famous British GQ. Apart from these, he is a popular face in various television shows and videos. He is the co-host of the TV show 'Viral Trap' that is aired on ITV. Jim Chapman is appointed by the National Citizen Service as the Ambassador.

He is born and raised in Norwich, England, and therefore, has British nationality. He has currently 2.1 million followers on Instagram and 2.11 million subscribers on YouTube. His siblings are also famous and have their own YouTube channels. Jim is a monthly writer for the GQ magazine. He is also an established model and has remained the face of several renowned global companies. Recently, he became the face of Hugo Boss watches. His collaborations with famous YouTubers like Alfie Deyes, Marcus Butler, Grace Helbig, Louise Pentland, and many more gained millions of views. John Chapman is his twin brother, who co-hosts the Lean Machines channel on YouTube channel.

What is Jim Chapman’s net worth?

The net worth of Jim Chapman is approximately $2 million. His major source of income is his YouTube channel. Apart from it, he also earns from modeling as well as his television shows and other videos. He lives in a luxurious house worth $2 million in London, and also owns several expensive cars including a Jaguar F-Type R.

How much does Jim Chapman earn per year?

Although his monthly earnings are unknown to us, we do know that the estimated net worth of Jim Chapman is more than $2 million, the majority of which he earns from his YouTube channel.

How tall is Jim Chapman?

How old is Jim Chapman?

The popular YouTube star, Jim, was born on December 28, 1987, in Norwich, England. He is currently 33 years old and he falls under the Capricorn zodiac sign.

Jim Chapman was born on December 28, 1987, in Norwich, and grew up in Wilby. His parents named him James Alfred Chapman. He went to the Old Buckenham High School and later attended the Notre Dame High School. Mr. Chapman earned his degree in psychology from the University of East Anglia. He enrolled at a University for his master's degree but dropped out soon. Jim grew up with his three siblings. Samantha and Nicola Chapman are his sisters, who are popular makeup artists and create content on their own YouTube channel. They also founded the Real Techniques Make-up Brushes company. John Chapman is his twin brother, who co-hosts the Lean Machines channel on YouTube channel.

Who is Jim Chapman dating?

It is known that Jim is currently dating Sarah Tarlaton, with whom he got engaged in 2020. Previously, he was married to Tanya Burr but they decided to call it quits after four years.

Jim Chapman is a sensational YouTuber and is known for his vlogs and videos on life and love. He completed his education at Notre Dame High School and later at Buckenham High School. During his initial days on his YouTube channel, which was in 2010, his first vlogs were on Valentine's Day gifts for men and rules on camping. His videos on 'YOUTUBER WHISPERS WITH CONNOR FRANTA!' caught huge attention globally and soon he was signed by Gleam Futures and Premier Models. He is also a stunning model and was named by the GQ magazine as the 17th Best Dressed Man in Britain. Chapman has also remained the co-host of the popular comedy series 'Viral Trap', from ITV. His videos with other popular YouTubers like Louise Pentland, Alfie Deyes, Grace Helbig, Marcus Butler, Joe Sugg, Zoe Sugg, Caspar Lee, Tyler Oakley, and Louis Cole also contributed to his massive fame.

Jim Chapman is best known for his YouTube vlogs and videos. He is also known for his impressive looks and his work as a British model. He is an accomplished writer and launched his first book, '147 Things' in 2017. He is a contributing editor for GQ and his column is published every month. Chapman has also remained the co-host of the popular comedy series 'Viral Trap', on ITV. His videos caught him immense fame with other popular YouTubers like Louise Pentland, Alfie Deyes, Grace Helbig, Marcus Butler, Joe Sugg, Zoe Sugg, Caspar Lee, Tyler Oakley, and Louis Cole.

Chapman involves himself in several charity works. In 2016, he helped raise funds for British Heart Foundation (BHF) by running the London Marathon. He along with his twin brother, participated in the program wholeheartedly to raise funds. He also supported sports relief after his tours in Birmingham, Liverpool, and Brighton.

What awards has Jim Chapman won?

Jim Chapman won several recognitions. He was named by the GQ as the 17th Best Dressed Man in Britain and is appointed by the National Citizen Service as the Ambassador in 2013. He has currently 2.1 million followers on Instagram and 2.11 million subscribers on YouTube.

Apart from being social and vlogging on YouTube and Instagram, Jim Chapman is an avid reader and loves to read Marvel comics. He is a fan of Spiderman and is hooked on the television series 'Dexter'. Jim is also an animal lover, and his favorite animals are dogs and penguins.