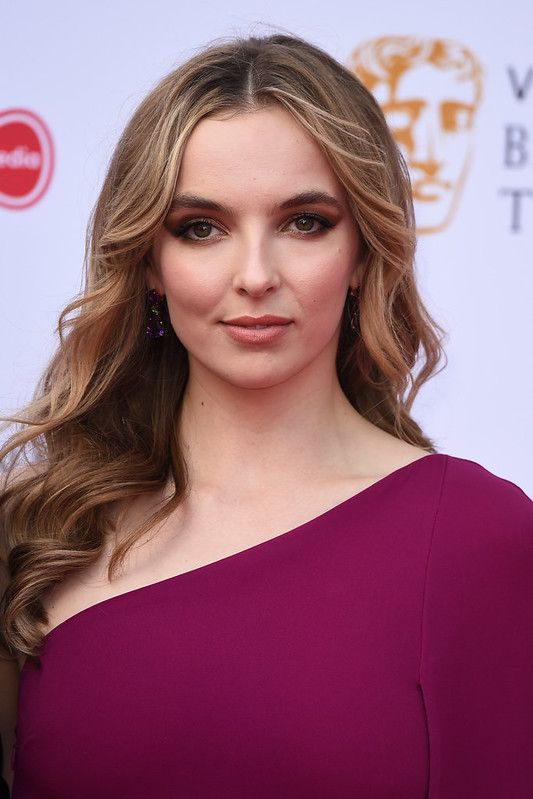 She is a prolific English actress. So far, she has been a part of over 30 films and TV series productions.

Jodie has always been curious and passionate about acting. Her first acting job was for a radio play for BBC Radio 4, which she acquired after her performance at her school's talent show.

She comes from Liverpool and stays with her parents. Her habit of impersonating different languages with her father, has helped her speak English in different accents, such as Russian, German, and Italian.

Read on to learn more about this popular English actor!

What is Jodie Comer’s net worth?

Jodie Comer has worked hard since her career began in 2007 and has generated a net worth of $6 million, as of 2022.

How much does Jodie Comer earn per year?

The exact annual income of Jodie Comer is not known and will vary depending on her projects. She reportedly earned around $125,000 per episode of 'Killing Eve'.

How tall is Jodie Comer?

How old is Jodie Comer?

Jodie Comer's birthplace is Liverpool, England. Her parents, James Comer and Donna Comer, were always very supportive of her passion for acting. Her mother worked at MerseyRail and her father is a physiotherapist at the Everton Football Club. She lives in Liverpool with her parents and younger brother, Charlie Comer.

She attended St. Julies Catholic High School and at the age of 11, she started acting at CALS, a local weekend drama school, alongside her academic school. Here she developed her skills and performed a monologue at the Liverpool Performing Arts Festival in 2006, which was about the Hillsborough Disaster. Later, she performed the same monologue at the school's talent show and her drama teacher motivated her to audition for the BBC Radio 4 play. This was how her acting career started.

Who is Jodie Comer dating?

Jodie Comer is dating James Burke. James is a lacrosse player from Massachusetts and even though the exact details of their relationship aren't known, the couple was spotted in Boston in 2020 and are said to have been dating since then.

After her radio breakthrough in 2007, Jodie hasn't stopped with her acting career. In 2008, she got a guest role in an episode of 'The Royal Today'. Soon she appeared in a few shows for short roles, until she was cast for the lead role in 'Justice', a five-episode drama series, 'Remember Me', 'Doctor Foster', and 'My Mad Fat Diary'. In 2016, she got her first starring role in a BBC miniseries, 'Thirteen', and then appeared in 'Rillington Place', another BBC miniseries. It was during these years that she received quite a few award nominations for her work. Jodie Comer is known for her brilliant acting in the entertainment industry.

In 2018, she got a huge role in the drama series, 'Killing Eve', as Villanelle. She has received nominations and won two awards for the role of Villanelle. In 2019, she got the opportunity of doing a cameo in 'Star Wars: The Rise Of Skywalker'. She performed the role of Rey's mother, Miramir, in her flashbacks. She has also acted in another film, 'Free Guy', alongside Hollywood actor, Ryan Reynolds, which was released in 2021. In 2020 she played the female lead role in an episode of 'Talking Heads' as Lesley. In the same year, she was a part of a short film for the fashion brand Loewe's spring/summer fashion.

In 2021, she acted and worked as an executive producer for 'Help', a Channel 4 drama. In the same year, she acted in 'The Last Duel' alongside big actors, Ben Affleck, Matt Damon, and Adam Driver. As of April 2022, she is working on a play with Suzie Miller, 'Prima Facie', which is to premiere in June 2022.

Jodie Comer has always been associated with charity programs. In 2020, she, along with Paul Mescal from 'Killing Eve', put out their on-screen clothes for auction, valued at up to $2,528 (£2,000), which was then donated to charity. Later, in 2021, she teamed up with Ryan Reynolds, her co-star from 'Free Guy', and supported the NHS Blood Donation Campaign. She is also one of the supporters of 'Tyred', a road safety charity based out of Liverpool.

What awards has Jodie Comer won?

Apart from her love of acting, Jodie Comer is also a fitness enthusiast.