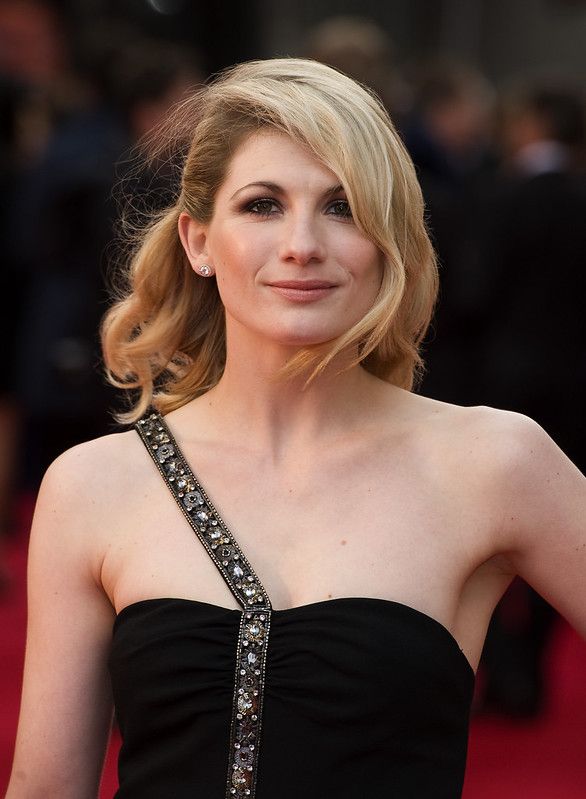 Jodie Whittaker is popular for her film roles and television series acting.

Jodie was born in West Yorkshire, England. Whittaker is the second child of her parents.

In 2005, Jodie completed her graduation. At that time, this English actress was a gold medalist in acting. From childhood, she has been very much interested in action, and soon after her graduation in 2005, she started her profession as a film actress in 'The Storm' at Shakespeare's Globe. She got the most fame as Beth Latimer in 'Broadchurch.'

What is Jodie Whittaker's net worth?

Jodie Whittaker is a successful television and film actress, and she accumulated her net worth through her acting profession. The net worth of Jodie is about $8 million as of 2022.

How tall is Jodie Whittaker?

How old is Jodie Whittaker?

On June 17, 1982, Jodie Whittaker was born in Skelmanthorpe, West Yorkshire, England. Jodi was raised by her mother, Yvonne Whittaker, and her father, Adrian Whittaker, along with her brother in her hometown. Jodie is the only daughter of her parents, and her birth name is Jodie Auckland Whittaker.

Jodie Whittaker studied in Scissett Middle School before moving to Shelley High School. After graduating from high school, Jodie went on to study at the Guildhall School of Music & Drama as a trainee.

Who is Jodie Whittaker's partner?

In drama school, Jodie Whittaker met Belizean-American actor and playwright Christian Contreras, and the two married in Arizona in 2008. In April 2015, their daughter was born. As of 2022, they are based in London; their second child was born in 2022.

Jodie Whittaker is best known for her acting role in the series 'Broadchurch' as Beth Latimer. In 2017, Jodie made history as the first female to play 'The Doctor' in the BBC TV program 'Doctor Who.'

What awards has Jodie Whittaker won?

Jodie Whittaker won many awards and honors for her exceptional acting talent. In 2006, she was nominated for the London Critics Circle Film Award for British Newcomer Of The Year, Satellite Award for Best Actress In Motion Picture, Comedy Or Musical, and British Independent Film Award for Most Promising Newcomer for her role as Jessie in the movie 'Venus.'

In 2007, Jodie won the RTS Television Award for her role as Sam in the TV series 'The Afternoon Play.'

In 2012, Jodie was nominated for Fangoria Chainsaw Award and Black Reel Award for Best Ensemble for her role as Samantha Adams in 'Attack The Block.'

In 2018, Jodie Whittaker was nominated for Evening Standard British Film Awards for her role as Emma in 'Journeyman.' Jodie was also nominated for enormous numbers of awards like the Ian Charleson Award (2006), the Crime Thriller Award (2013-17), the Satellite Award for Best Actress In A Series, Drama/Genre (2017), Saturn Award for Best Actress On Television (2017), and many more.