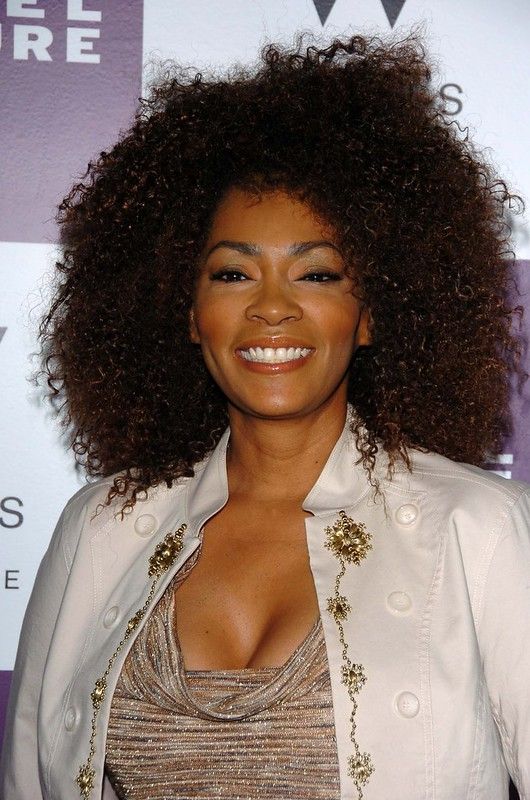 Jody Watley is one of the most popular personalities in the field of singing and songwriting.

After her birth in the city of Chicago, she grew up in Kansas City and Los Angeles. She started her career in a TV dance show at the early age of 14 and has now turned into a professional pop singer.

Jody started her music journey with Shalamar, a music group, and then proceeded to make her albums with M.C.A. Records. Her first-ever album won a Grammy Award, and various other albums of hers have been given the Golden Certificate. Jody Watley has also been a prominent fashion icon, thereby earning ad campaigns in numerous top-notch fashion magazines. She also owns various other businesses.

Jody Watley started her journey when she was only 14 years old. As of 2022, almost after more than four decades, she remains active as a singer. She has been able to achieve a huge net worth from her profession.

What is Jody Watley's net worth?

It is estimated that Jody Watley has an approximate net worth of around $6 million.

How much does Jody Watley earn per year?

The annual income of Jody Watley is not known.

How tall is Jody Watley?

How old is Jody Watley?

Jody Watley was born in Chicago, Illinois, on January 30, 1959. Her mother was a very talented singer and a piano player, while her father was into DJ'ing and was also a radio evangelist. However, their name is not known. Her siblings are John Watley III and Michele Watley.

Jody Watley spent a little time in Kansas City while growing up, and then she spent most of her childhood along with her little sister and brother in Los Angeles. She went to Susan Miller Dorsey Senior High School in Los Angeles, and she used to be the best dancer in her school. After completing school, Jody Watley did not attend college and went right into performing arts. She had seen numerous famous artists during her childhood since her family was friends with popular people.

Who is Jody Watley dating?

Jody Watley dated five people, namely, singer Howard Hewett, dancer Jeffrey Daniel, musician John Taylor, composer Roy Ayers, singer-songwriter Leon Sylvers III, and finally, she met bassist André Cymone and they married each other in 1991. The marriage was kept a secret for a couple of years and then revealed to the public in the early '90s. They were blessed with a son in the year 1992. He was named Arie Cymone. The marriage did not last long, and they parted ways in the year 1995. She was also previously engaged to Leon Sylvers III, with whom she had a daughter, whom they named Lauren Watley.

The pop singer and record producer is currently single.

The pop star's journey started with a TV dance show named 'Soul Train' when she was only 14 years old, and she became very popular for her dance moves and style on the show. It was from the show that she got the opportunity to join a music group under the name Shalamar in the late '70s. She was a part of the group for about six years, made numerous popular albums, and later moved on to make her music.

Jody Watley spent more than two years in England working as a model, and then in the year 1987, she released her first album 'Jody Watley' after a deal with M.C.A. Records. She also won a Grammy Award for the same. The lead single in this album was gold-certified.

Her second album in the year 1989 was 'Larger Than Life,' and she also has released four singles, one of them being her first ballad and the first single named 'Real Love' that became Gold-Certified. A music video was made for the song 'Real Love,' and this music video went on to get record-breaking award nominations.

She has been a part of a platinum-certified single by singer Babyface named 'This Is For The Lover In You.' In 2014, Jody Watley started Shalamar Reloaded with an entirely new team, released a few music singles, and went on tours all around the USA, UK, Netherlands, Brazil, Japan, and more. Other than music, this American singer has been a huge part of fashion. Jody has been in ad campaigns for magazines like Vanity Fair, Vogue Italia, Rolling Stone, and many more.

She was also a popular dancer on the show 'Soul Train' just at the age of 14. Later she gained immense fame from her first album named 'Jody Watley.' Her fourth solo album 'Intimacy' (1993), released by M.C.A., was also popular enough, and this album gained her a compliment writing from Amy Linden of the People magazine.

Jody Watley is very active in various charity works. In 1986, she appeared in a charity single for Band-Aid. In the year 1990, She was a part of an AIDS awareness album named Red Hot + Blue by a non-profit organization named Red Hot Organization. Other than these, she has been seen in Malaysia for the Force of Nature's Tsunami relief works.

What awards has Jody Watley won?

Jody Watley is an extremely talented American singer, songwriter, and pop artist, and she has been nominated and presented with a wide array of awards. Most important of all, she has been nominated for three Grammy Awards in the years 1984 and 1988, out of which she won The Best New Artist Grammy Award in the year 1988. Various other award nominations include an American Music Award in 1988, seven MTV Music Video Awards in the years 1988 and 1989, and finally three 'Soul Train' Awards in the year 1988, and an N.A.A.C.P. Image Award. She has also been presented with various other awards like the Billboard Lifetime Achievement Award in 2008, Vanguard Award in 2019, Black Music Honors Crossover Music Icon Award in the year 2017, and in the year 2022, she received the Prestigious Women of Distinction Award and the Presidential Lifetime Achievement Award.