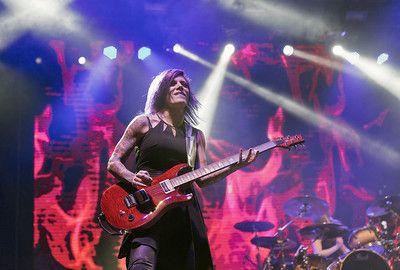 Joe Pass or Joseph Anthony Jacobi Passalaqua was born on January 13, 1929, in New Brunswick in New Jersey, United States.
Joe Pass was a celebrity jazz guitarist known for his albums like 'The Trio' in 1973, 'For Django' in 1964, 'Take Love Easy' in 1973, 'Sounds Of Synanon' in 1962, and 'Fitzgerald And Pass... Again' in 1976. The most known songs from Joe Pass are 'Songs For Ellen', 'All the Things You Are', and 'Shadow of Your Smile'.
Joe Pass was married to Ellen Luders, and on May 23, 1994, he died at USC Norris Comprehensive Cancer Center. After performing with George Shearing in 1965, Joe Pass worked in Los Angeles as a studio musician. Joe Pass's father pushed him for greatness and bought him his first guitar. At just the age of 14, Joe Pass was working as a musician with Charlie Barnet.
Joe was influenced heavily by Django Reinhardt, and he worked a lot with Ella Fitzgerald for six albums. He also worked with Oscar Peterson.

What was Joe Pass’s net worth?

The net worth of Joe Pass is estimated to be around $1.5 million. His high net worth is due to his various super hit albums and songs.

How much did Joe Pass earn per year?

The annual income of Joe Pass is not known. Judging by his net worth, he earned quite a lot from his early life.

How tall was Joe Pass?

The height of Joe Pass is not known.

How old was Joe Pass?

Joe Pass was born in New Brunswick in New Jersey. Mariano Passalequa was his father and worked as a steel worker in New Brunswick. He was playing as a professional musician since the age of 14. He played with Charlie Barnet and Tony Pastor. He moved with small jazz groups and shifted from Pennsylvania to New York. For a year, Joe moved to New Orleans and played bebop at various clubs.

Not much is known about his school or his family.

Who was Joe Pass’s partner?

Joe Pass was married to Ellen Luders. They stayed married until 1994. Not much is known about his children.

Joe Pass made a lot of albums like 'Catch Me!', '12-String Guitar', 'For Django', and 'Simplicity' for Pacific Jazz Records in the ’60s. He played with Bud Shank, Gerald Wilson, and Les McCann during those times. In 1965, he played with George Shearing. In 1973, the professional musician signed with Pablo Records. 'Virtuoso', his solo album, was released in 1974. 'The Trio' was released along with other artists, and it won the Grammy Awards for Best Jazz Performance by a group.
Joe Pass recorded with Ella Fitzgerald, Benny Carter, Herb Ellis, and others.
He played with George Shearing and also worked in Los Angeles as a session musician.
Joe Pass died at the age of 65.

What awards did Joe Pass win?

This is not known.